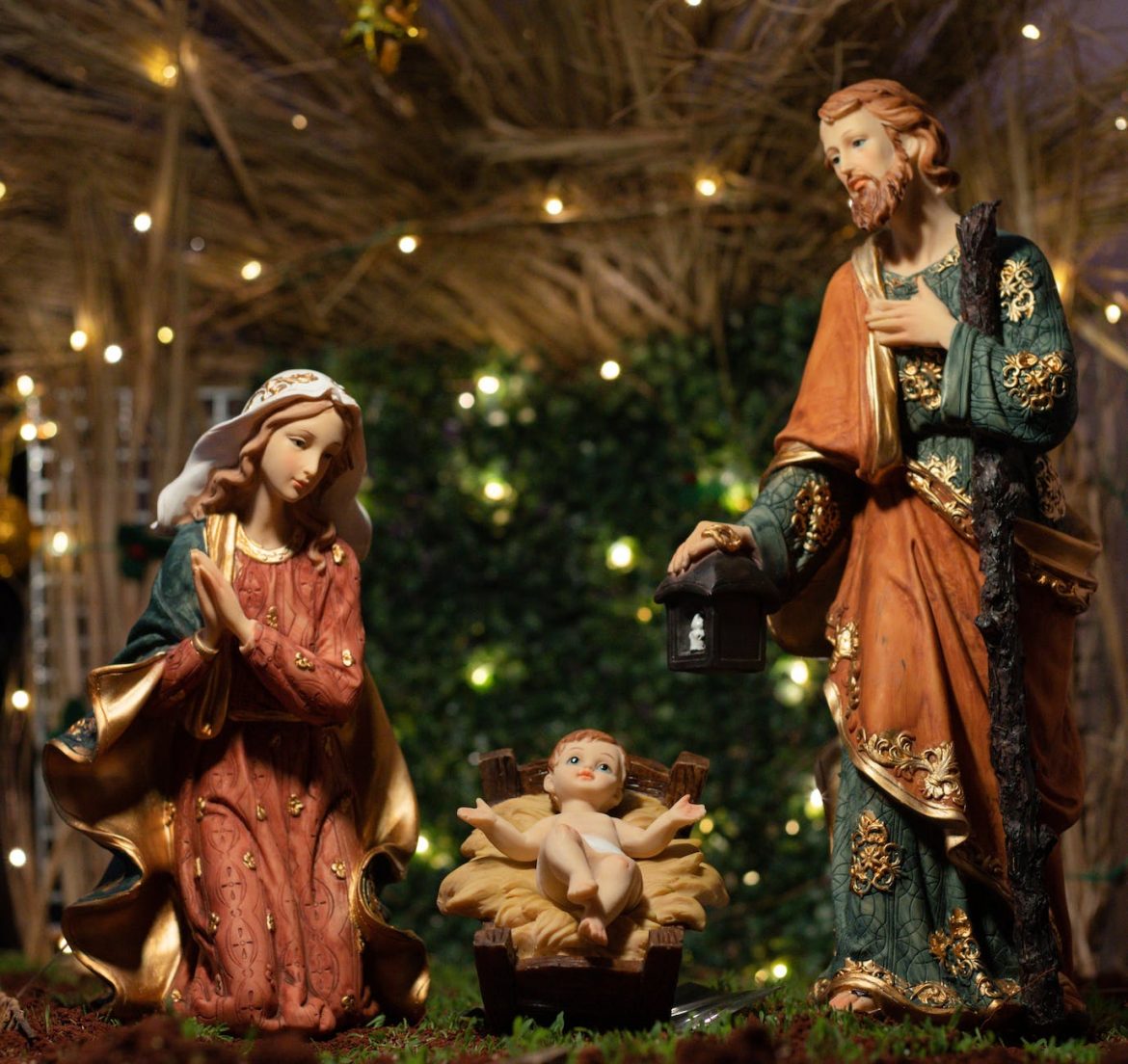 As I have said before, Joseph is one of my favourite unsung heroes of the Christmas story. He never says a word. He questions, wants to follow the law 100% – what with Mary being pregnant and all that. As a lawful man he should have had her stoned to death. Funny things laws at times, but that is probably for another post entirely around women’s rights, etc.

The other day I was reading through the Genealogies in Matthew 1:1-17, encouraged by the Red Letter Christians advent calendar. Now this is Joseph’s genealogy because the prophets said that the Messiah would come through the line of David and that was Joseph’s line, hence why Joseph took the pregnant Mary with him to register for the census in Bethlehem, the town of David. So again I am struck by how important it is to God that Joseph is included in the story of Jesus. In the first two chapters of Matthew Joseph is actually the lead protagonist of the tale. It is his actions that keep the story moving and keep Jesus from being killed – first by potential stoning of Mary and then by Herod’s massacre of the baby boys.

The prompt was “which name stands out?” Now I was surprised that it was Jehoiachin [read more about him and his demise in 2 Kings 24:14-15 and 2 Chronicles 36:10]. He is the last king of Judah who gets taken away to captivity in Babylon. Though, he does get treated well by the son of his capture. So Joseph is from a line of kings and there is that royal connection. It makes me wonder how he felt about that. Proud? Disillusioned? Did he ignore it?

In the UK we have a tradition of royal households being dispossessed by other royal household, and countries like France and Russia have lost their royal households due to revolutions. Once in the UK there was a DNA investigation that found someone who allegedly had more of a claim to the British throne through an older royal household than the present royal family, who were actually invited in by the British government because they didn’t want a Catholic on the throne back in the 18th century.

So here is Joseph, of a royal household that was dispossessed by an oppressive regime, who still knows his lineage .

Back in the First book of Samuel God uses Samuel to tell the people that having a king isn’t a good idea and that they won’t be happy with one. If they just followed God they would have freedom but a king would expect things of them: tithes, to be his army and fight for him, to work in his household, etc.

Now here’s the twist for me – God says that having a king isn’t a good idea, then brings in the saviour of not just the Jews but of the whole world through a lineage that God said was not a good plan. Now that is an interesting plot twist. I find this whole thing fascinating and I think it gives great hope to all of us.

We too often do what we really shouldn’t do. It is not like it is a bad thing but it isn’t God’s best for our lives. Often we can feel or are made to feel that we’ve missed it and so we don’t see the restoration, the redemption, the way we could be part of something so much more than just us and our little clique.

I’d like to think that once Joseph got his head round that idea that he, a descendant of the royal house of Judah, was now going to be the link between the royal line and Jesus’s kingship over the whole world that he had this huge smile on his face. I wonder if that was why he was able to leave his reputation, his job, his town, and not just go to Bethlehem but then go on to Egypt to be part of making sure God’s plan came to fruition. He was willing not to need to be in the foreground; he could take an active part in Jesus’s early upbringing but be willing take a backseat in the Christmas story.

As I stay pondering this I hope that I am willing to take a backseat and not have to hog the limelight when God allows me to be part of sometimes in the lives of those around me. To not expect that I will get my recognition, my five minutes of fame, but that I will be ready and willing to do as I am being asked by the Creator of the Universe and just let it be.

That is my hope for me through this Advent season and into the unknowing of what 2023 beings.

Writing was originally posted on Aspirational Adventures on December 4th, 2022. 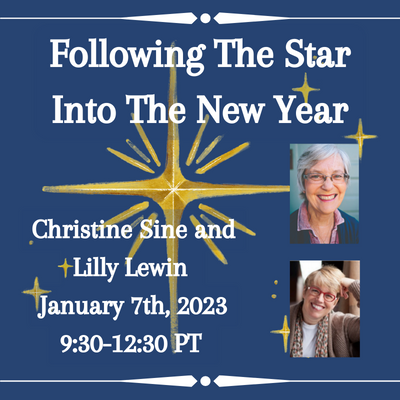 In January we celebrate Epiphany and the coming of the Magi to visit Jesus. Like them, many of us feel we are on a long journey following a star that is sometimes bright and shining, sometimes completely hidden yet still guiding us towards Christ. 2022 taught us important lessons that will shape the coming year. We sense God wants to do something new in our lives and we want to follow in the right direction.

Join Lilly Lewin and Christine Sine online Saturday, January 7th 2023 from 9:30 am PT to 12:30pm PT as they help us reflect on the past year and take time to hope, dream and pray for the year ahead. We will engage in some fun practices like chalking the door and interact with each other in ways that strengthen our faith and draw us closer to God.

Click here to register! We are once again offering several price points to aid those who are students or in economic hardship.