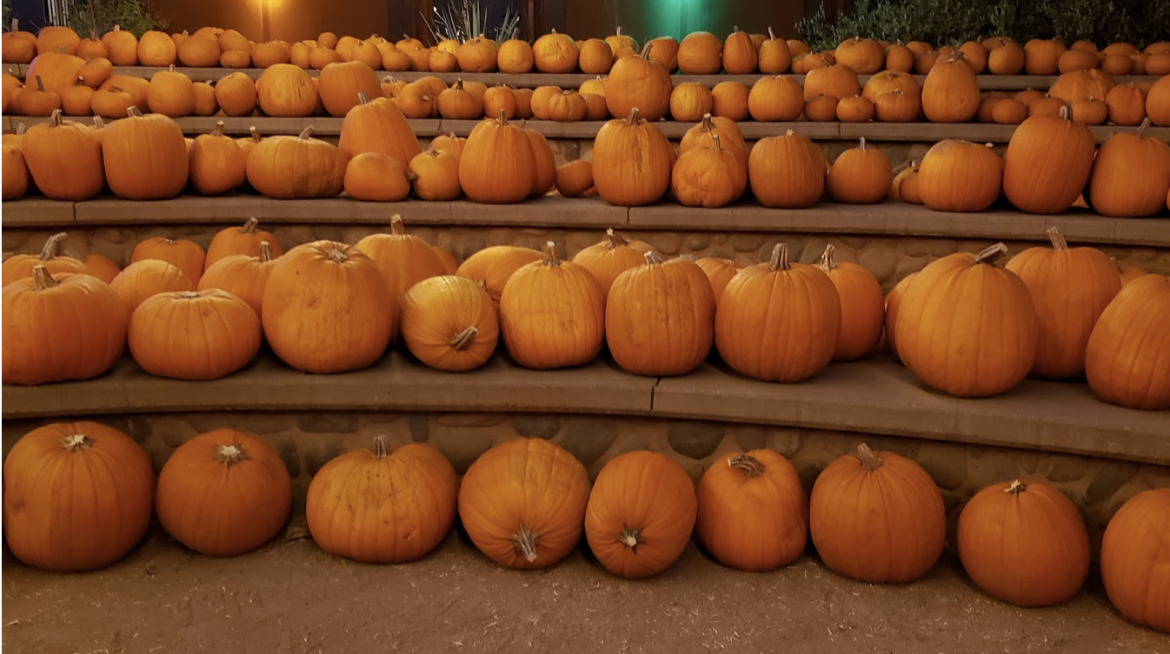 All photos and writing are by June Friesen

World Diabetes Day is celebrated each year to draw attention to issues of utmost importance to the diabetes community. This day became a global day of recognition in 2006 designated by the United Nations. I was fascinated to find a day that would bring diabetes to the forefront as it has been a disease that I have known about since my childhood. I had an uncle who was diagnosed as a young child with diabetes Type 1, and then my grandfather was diagnosed with diabetes Type 2 when I was a teenager. I remember the monitoring of what foods they could eat, and the various times they had to test for blood sugar and depending on the results of the blood sugar levels they took a certain amount of insulin.

I did not understand completely all that was involved but I knew it really involved a lifestyle change from just eating what one wanted, when one wanted, and how much one wanted. Since I was a part of a family who loved sweets of all kinds, not just candy but cookies, cakes, ice cream, pies etc. I soon learned that my uncle and grandfather had to make certain adjustments to their diets. Because checking the accuracy of blood sugar was not as good as it is today they also had to have something very sweet easily available in case they had a sudden drop in blood sugar. With this introduction let us look at a passage of Scripture that does not necessarily address Diabetes, but does talk about disease that is wearing and tiring.

Job answered: “If my misery could be weighed, if you could pile the whole bitter load on the scales, it would be heavier than all the sand of the sea! Is it any wonder that I’m howling like a caged cat? The arrows of God Almighty are in me, poison arrows—and I’m poisoned all through! God has dumped the whole works on me. Donkeys bray and cows moo when they run out of pasture— so don’t expect me to keep quiet in this. Do you see what God has dished out for me? It’s enough to turn anyone’s stomach! Everything in me is repulsed by it— it makes me sick.

Why would I choose these verses? Sometimes people feel that a diagnosis of a particular disease makes them feel somewhat like Job may have felt. Recently, in fact in June of this year my husband got a call from the doctor on a Saturday morning telling him he had a very high blood sugar result the day before and he needed to get to the hospital ER immediately. And we received the news that now his diabetes type two was going to need to be managed much more closely not just with pills and diet but also with insulin. I admit that I was a bit overwhelmed but I also knew that to make this work it would take both of us. Since I do the cooking and baking it would be up to me to change my cooking habits.

Drawing on my experience growing up that I already shared as well as my nursing career I made the necessary adjustments. Within 4 weeks his daily amount of insulin was reduced, and we had his blood sugar under control. And after nearly three months he can cheat a bit occasionally and have a special treat. Exercise is a very valuable part of the therapy as well. We walk regularly every morning and late afternoon as well as hike 2-3 miles in nature at least once or twice a week. Here are some photos of our arrival at the bottom of this canyon area to the creek – the full hike up and down was about 2 miles. So, while it is a life change and adjustment it is not a ‘death sentence’.

12-13 My dear friends, what I would really like you to do is try to put yourselves in my shoes to the same extent that I, when I was with you, put myself in yours. You were very sensitive and kind then. You did not come down on me personally. You were well aware that the reason I ended up preaching to you was that I was physically broken, and so, prevented from continuing my journey, I was forced to stop with you. That is how I came to preach to you.14-16 And don’t you remember that even though taking in a sick guest was most troublesome for you, you chose to treat me as well as you would have treated an angel of God—as well as you would have treated Jesus himself if he had visited you? What has happened to the satisfaction you felt at that time? There were some of you then who, if possible, would have given your very eyes to me—that is how deeply you cared! And now have I suddenly become your enemy simply by telling you the truth? I can’t believe it.

I added these verses from Galatians as we know that Paul had some kind of illness or struggle that was a part of his life. Some people believe that it had to do with his eyes yet there was never any real description of it exactly. Paul continued on with his ministry in spite of his issue. And there are others in the Scriptures who struggled with physical and/or emotional issues even though they were not never described in detail. So, what am I trying to say in this? First, I trust that you will find some of this informative and maybe it will even make you do a bit of research yourself. Second, if you know people who struggle with diabetes, do not shy away from them but include them in your circle of friends. Diabetes is not a death sentence – it is very manageable. With the great technology we have today checking blood sugar and getting rather accurate testing results can be done more accurately at home. Sir Frederick G Banting, Charles H Best and JJR Macleod at the University of Toronto in 1921 (and it was later purified by James B Collip) discovered insulin and worked to develop it as a treatment for diabetes. As I was studying this I realized that insulin was discovered not long before my uncle would have been diagnosed as a diabetic. What a blessing for him and my grandparents. Along with insulin today there are other medications that can be taken alone or with insulin to control blood sugars.

Third, and maybe most important – a person with diabetes does not need to get rid of all sugars, sweets, desserts etc. from their diet. Today there are many sugar substitutes that are available. The key is controlling amounts of carbohydrates (as they turn to sugar when digested) and the amount of refined sugars, as well as controlling portions of foods and eating more often. We have adapted quite well as there is so much education on the internet. Just this past week in making zucchini muffins I used a sugar substitute and it was fine. Let us remember that God has gifted us with a bounty of different kinds of foods within four food groups. Some are more friendly to our bodies than others and especially when we struggle with certain physical diseases etc. It is my prayer that if you think you may have symptoms of diabetes, please either see a medical provider or you can order the testing equipment on the internet without a doctor’s prescription. And remember it is not a death sentence, it is not food deprivation, but rather it is a change of lifestyle.

Scripture is from The Message translation. Factual information was obtained from the internet. 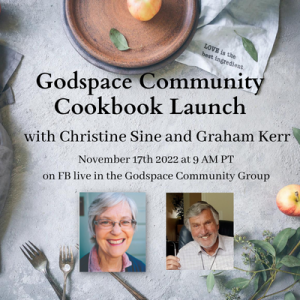 We will have a special Facebook Live on Thursday November 17th at 9 am PST (check my timezone) to launch the Godspace Community Cookbook! The cookbook contains recipes and stories from those in our community, and we are thrilled to show the final product to the Godspace community for the first time. Join Graham Kerr and Christine Sine as they introduce the cookbook and share their own experiences with cooking and hospitality.