I Want Jesus To Walk With Me: Queen Hereswith of East Anglia 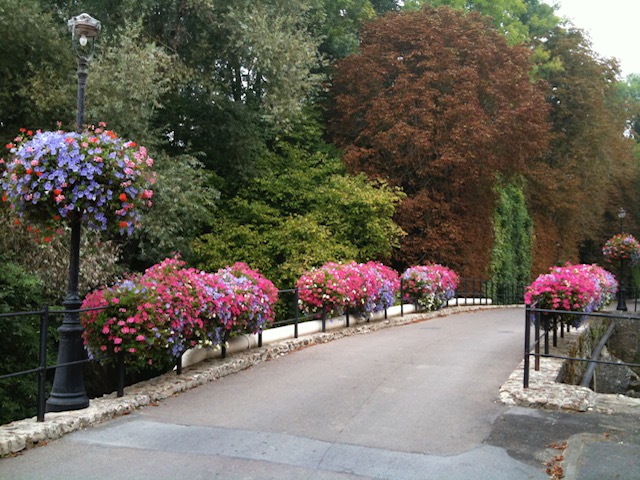 This African American spiritual seems appropriate to many of us in life. We have not experienced the horrors of slavery, yet, I imagine that some of us in our own pilgrim journey have had some kind of heartache, trial, disappointment, or personal burden in life. It seems to go along with being human.

As I think about the life of the 7th century Queen Hereswith of East Anglia in England, this spiritual seems appropriate, as this saint also had trials in her life. Most folks did not become saints without some kind of trial or trials that made them into who they were.

When I became enamored with the Celtic and Anglo-Saxon saints almost two decades ago, I came upon St. Hilda of Whitby who has become a personal saint of mine. She in turn introduced me to her older sister, St. Hereswith who is not as well-known. I met both of these saints through Bede who wrote admiringly about St. Hilda of Whitby and her sister Hereswith in his Ecclesiastical History of the English People (Book Four, Chapter 23).

These two sisters were born into a royal family of Deira in Northumbria in Northeastern England. Their parents were Hereric (nephew of King Edwin of Northumbria) and his wife Breguswith. Hereswith’s name must have been a compound name formed from her two parent’s names. She was likely baptized with her family by the famous Paulinus when her uncle King Edwin had all the family baptized at a hastily built wooden church in York in 626/7.

Often Queens were sent into exile after their husband, the King, died or when they were repudiated, likely to keep them from causing trouble and perhaps bearing another son or daughter who might think he or she should be the rightful next monarch. Bede tells us that Queen Hereswith was sent  to a convent known as Chelles (also called Calle) in central France where she became a professed nun. It is possible that she may have gone to Faremoutiers Abbey, also in France.

We cannot even begin to imagine the sorrow Hereswith must have experienced to lose her husband through a horrific death or from being personally rejected as a spouse, had to leave her young son, the future King Aldwulf behind and perhaps another son also, to journey in exile to another country, France. Hereswith lived out the spirituals’ words and we grieve with her, “in my trials Lord, walk with me, in my sorrows Lord, walk with me, in my troubles Lord, walk with me.”  God did walk with Hereswith and her deep faith influenced her family. Her son and grandson were long-time Kings of East Anglia and faithful followers of Christ as were her granddaughters and nieces who were Abbesses in England.

We join St. Hereswith as a trusted guide who has journeyed to unknown places and found new life and resurrection on earth and on the other side of the thin veil. She discovered as many of us have in our own personal pilgrim journey, that life can be filled with seasons of joy and also with unknown times of fear, heartbreak, and sadness when tears overflow.  At times, we too, like Queen Hereswith desperately want and need Jesus to walk with us.

Oh, yes, I want Jesus to walk with me.

If you would like to read more about Celtic and Anglo-Saxon saints including Queen Hereswith, you are invited to visit www.saintsbridge.org.

Christine Sine’s latest book is packed full of contemplative wisdom and inspiration for creating your own meditative focus.  Click for more details!

FreerangeFriday: The Hope of Reconciliation