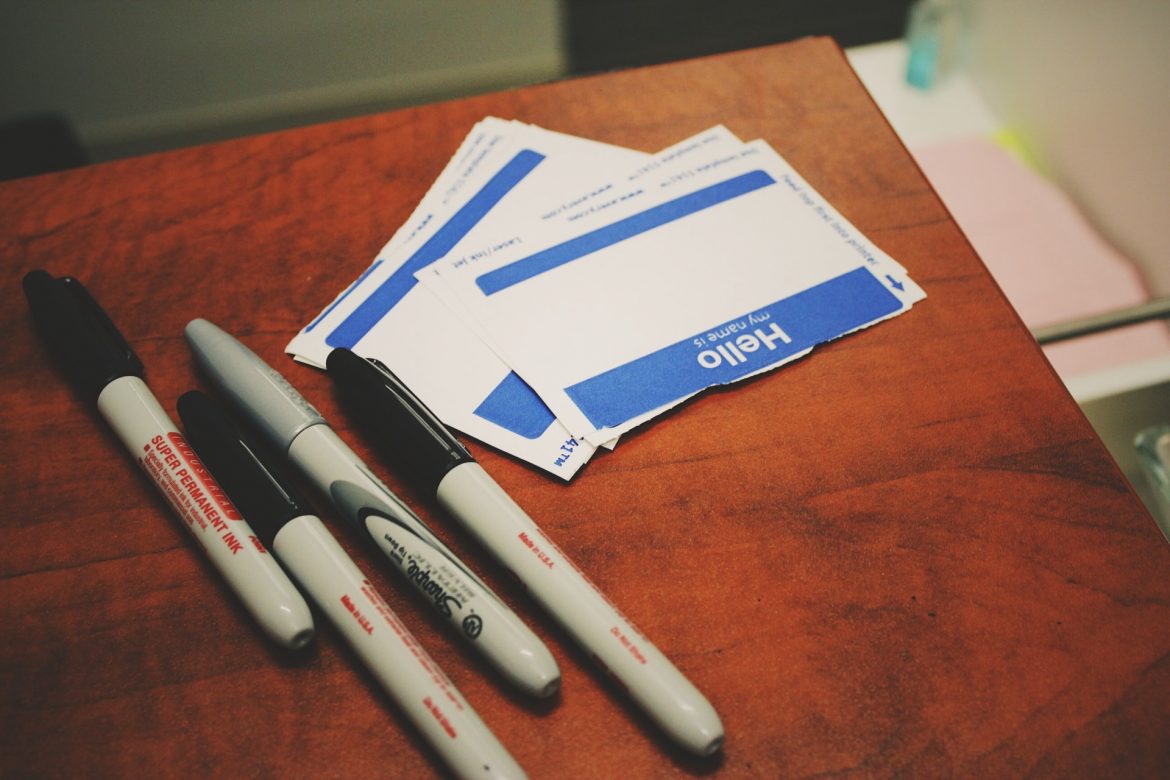 In the Beginning, there was a Name.

In the beginning the Word already existed.
The Word was with God,
and the Word was God. – John 1:1 NLT

When God spoke the world into being, He began with a name. He began with one who was named; the Word. He spoke light into being by naming it Light. He named light and the absence of it Day and Night. And from these delineations, from these names, powerful things followed. When you hear the word ‘light’ or the word ‘darkness’, you have a definition in your head of what those things are. But even more than that, you have associations with those words. You have nuances that are unique to you and your experience; of your own concept of light and darkness. And when you name a thing light or dark, it carries meaning beyond the dictionary definition. It carries weight and destiny.

I’ve been thinking lately about the power of names, and the importance of using names properly as a way to live justly. Indeed, there are campaigns to bring a more just narrative around shootings or violence – centering the victims rather than the sensationalism of the shooter. It begins with centering the victim(s) by name. The important name(s) should be those who were wronged, not those who perpetrated the wrong. Speaking the name of the victim humanizes them and centers our efforts properly. I was thoroughly inspired by Christine Sine’s recent Meditation Monday the Value of Naming, where she talks about the power of perspective that names imbue. She also talks about the inherent justice of calling things their proper names:

I wonder if one of the challenges we should all give ourselves in this post-COVID season is to continue to get to know our neighbourhoods and our country in this way and not just learn it by the names that places have now, but by the names that it used to be known by. I love that Uluru, the huge rock at the centre of Australia, was returned to the name given it by the aboriginal peoples after 100 years of being called Ayers Rock. In so doing not only did the rock gain value as the spiritual centre the aboriginals saw it to be, but also as an important distinctive landmark for all Australians.

The justice and meaning of returning a name to its proper place or calling someone by their proper name has really resonated with me in the season I’m in. I recall a Sunday school session once when I was a teen. Abraham came up I believe – one whose name had been changed to reflect his destiny – and I remember at the time being obsessed with baby names. I really wanted to be a mother, and it was a calling I took very seriously. It seemed tremendously important to get the names right. So I raised my hand and asked our wise teachers what they thought about names and their meanings – if indeed they carried weight and destiny. I don’t remember the discussion much beyond a general consensus of ‘probably yes’, and that it was lively and deep and interesting. I do remember that as the clock let us know it was time to disperse to the main service and we were standing up to leave I was asked, “by the way, what does Melissa mean?” to which I paused, then sheepishly replied “honey bee.” We did all get a good laugh.

I suppose it isn’t an accident that name meanings long interested me. My middle name is the third passing down from mother to daughter. My paternal Grandmother lined the wall of her basement steps with the portraits of her grandchildren, and underneath a name plaque that defined each name with a corresponding prayer and verse. My father is not a junior, but the 3rd. And I grew up reading about and listening to the significant stories in the Bible where names meant something to the story and destiny of those so named.

And I chose my own children’s names with care and prayer. They mean something to me. I wished for them a good destiny, and wove it into their very names, as if speaking it aloud every time they were called would make it so. And yet, both of my children have grown from these names into names of their own choosing, for various reasons. It surprised me how immediately I embraced my younger child’s new name, but the truth is names are as personal as they are powerful, and I saw the anxiety give way when the chosen new name was spoken. I also saw how true it was to their sense of self.

A friend coming out of an abusive marriage, and another out of an abusive family, also chose new names. It was part of their healing to identify themselves in a truer manner. And too, several friends and family I have known have changed their names to better reflect their gender identity. Another example is how recently, rather than coming up with an ‘English’ name, more and more people are claiming or reclaiming their proper non-English name and using that name in their place of business. If you can learn to pronounce Melissa, you can learn to pronounce your coworker’s name.

I have seen firsthand how kind and just it is to call people by their chosen or affirmed names, and the damage done by calling them by their old or rejected names. As we call places and animals and plants and whatever else by their proper name to convey a sense of place or throw off a sense of colonizing – bringing relief and justice – so too does calling a person by their sense of self. Names have power – we believe in the power of Jesus’ name, so too should we realize that the simple act of accepting someone or something’s proper name brings restoration, hope, relief, and justice.

After all, when we speak a name, it is not for our personal edification. I do not call the mountain in my state Tahoma because I like the sound of it better. It is Tahoma because that is what it IS, and even if its current official name is Rainier, it is not my destiny I am calling to but that of the people who called it Tahoma in the first place. So I honor that choice, and I honor the mountain, and I honor the people, by speaking the right name.

Photo by Jon Tyson on Unsplash

We all need the Wholeness of God…this resource includes reflections and activities for coping and thriving during the COVID-19 challenges in search of shalom as well as hope for restoration during and after this period of social distancing.