Last week one of my brothers sent me an article about Tom Uren – a man who was not just a friend and mentor, but more of a father figure, to the new Australian Prime Minister Anthony Albanese. When I read the article I wept. Tom Uren was an amazing man. He was one of the larger-than-life figures of my childhood, though I did not really appreciate him. A hard-core Labour politician, greatly respected, and a man of integrity. Maybe not what we think is a recipe for a man loved and used by God, but so he was.

What formed the trajectory of his life was his experiences during WWII. He was captured by the Japanese and sent to work on the infamous Burmese railway which resulted in the deaths of thousands of young men. Tom Uren had been a heavyweight boxer in Sydney, and was still a big man in spite of his starvation. He would place his body in front of other prisoners, especially the small and vulnerable, to stop them being beaten to death by the prison guards.

Towards the end of the war he was transported to Japan to slave in a copper smelter at Saganoseki. On August 9, 1945, he saw the sky turn an unearthly violet colour, twenty times more vivid than a sunset, when the atomic bomb was dropped on the distant port of Nagasaki.

These experiences did not destroy Uren as they did many others, they made him resolve to use the lessons as a framework for his life. Chief among those lessons was the effort of his commander on the death railway, the surgeon Edward “Weary” Dunlop, to harness the means of the entire camp for the good of all. Evidently, Dunlop ordered Australian officers – who received a small allowance – to contribute to a fund to buy simple medicines and black-market food for sick POWs. In that camp, POWs died at a much lower rate than in surrounding camps where this was not the policy. “The healthy looked after the sick, the strong looked after the weak, the young looked after the old,” he’d tell anyone who’d listen.” (SMHS I love the boy: The Gift Our Prime Minister Received from a Bamboo Prison)

Collectivism, concern for neighbour, especially for the vulnerable, strong advocacy for peace and nuclear disarmament,  ardent environmentalism, became the central passion of his life. That’s why he became a father to a young man who had no father, a young man who would one day become Australia’s Prime Minister, and who began his election campaign by saying: “We will look after the young, we will look after the sick, we will look after our older Australians. No one held back. No one left behind” – showing that same passion as the man who had helped shape his life.

Tom Uren was not a man of faith as we understand it but I think he was a man deeply loved by God and his life was a wonderful example of God’s love poured out to those around him. As I reflect on his life today I wonder how many other young men and women, deeply loved by God, who live as Christ would live, we disregard because they don’t call themselves Christians.

I think that the love of God is present within all people. Sometimes buried deep within the soul. Sometimes a ray of light and life to all those they come in contact with.

Take time today to think about the men and women you know who radiate the love of God and the life of Christ, even though they don’t call themselves Christians. Some of them may not be well known like Tom Uren. In fact they might only be known by you and a few others. Make a list. Is there some way you could reach out and thank them for their love, generosity and life? 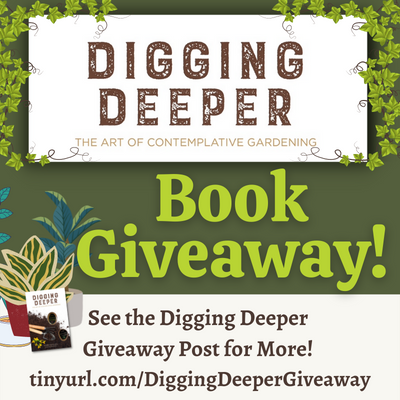 That’s right, Christine Sine is giving away two copies of her latest book, Digging Deeper: The Art of Contemplative Gardening!

Just a little less than TWO WEEKS left to enter – June 24th is the last day for your entries to be counted! Click here for more information!

Flags in the Garden – Living into Pentecost Season with Love