A couple of years ago I wrote a post that talked about how, when we name something we give it value. It was recently reposted on the Circlewood blog, a great reminder for me of the importance of knowing people, nature and objects wherever we are, well enough to name them.

Shortly after, in preparation for my last Facebook live session with Lilly about sacred space, I reread a great little book by Daniel Taylor: In Search of Sacred Places: Looking for Wisdom on Celtic Holy Islands. In it, he mentions that everything on Iona has a name and when we name things then we begin to value them. Those names often tell the history of the island too. Columba, the famous Irishman who established a monastery there over 1,400 years ago, came ashore at what is now known as Columba’s Bay. The hill behind the bay is called Cairn of the Back to Ireland, or Back Turned to Ireland. In other words, these Celtic saints knew they had come to stay.

The name we know someone or something by really does matter, and as a place gets developed the names around us often hauntingly reflect a landscape and a people that no longer exists or else they are changed so that the history is forgotten or devalued. Or we give them generic names – streets and houses are numbered not named and our primary landmarks are the mall and the commercial district, not the bay or the lake on which they are built. In fact those once upon a time landmarks may have been destroyed to give us our modern cities.

One advantage of the COVID lockdown was that it sent us out into our neighbourhoods and many of us learned the names of the shops and the landmarks that surround us, for the first time. Some of us were awakened to the beauty and value of the place where we live and the people we live with, for the first time. Interestingly, it seemed to me, that by doing so we not only learned to value what we saw. We also learned to value ourselves more as important elements in the midst of our environment as well. Many of us learned – I matter here, and now. I matter because of my connection to this place.

As I said in the Circlewood post: In Landmarks , Robert McFarlane explains that when the moorland on the island of Lewis in Scotland was in danger of being converted into a major wind farm that would have permanently destroyed the countryside, the residents realized they faced a challenge. They needed to re-enchant people’s perception of the moor so that it had intrinsic value. They mapped out the moor and its walking paths. They gathered poetry and songs. They heightened people’s awareness of the descriptive language of plants and landscape. Re-enchanting the moorland came through the naming of every detailed part of the moor. This gave it value in the sight not just of the islanders but of the whole country. And the moorland was saved.

This example inspired me not just to rename the animals, birds, and people around me, but also to learn the hope-filled names of places and plants given as the results of destructive actions, replacing violence with language and symbols of the peace that surrounds us. My mind always goes to the peace rose that has an incredible history of survival and naming as a result of WWII. Then there are the trees that survived the horrors of the Hiroshima nuclear explosion. There are 170, known as peace trees. Seeds from them are now being sent around the world. There is also a pear tree that survived the 9/11 terrorist attacks. It is known as the survivor tree. I find hope and inspiration in the resilience and survival of these trees. They encourage me to believe that by renaming important structures around us, we could one day see an end to war, gun violence, and the destruction of creation. 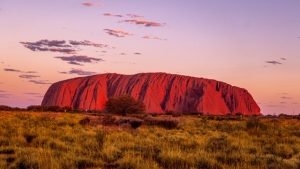 I wonder if one of the challenges we should all give ourselves in this post-COVID season is to continue to get to know our neighbourhoods and our country in this way and not just learn it by the names that places have now, but by the names that it used to be known by. I love that Uluru, the huge rock at the centre of Australia, was returned to the name given it by the aboriginal peoples after 100 years of being called Ayers Rock. In so doing not only did the rock gain value as the spiritual centre the aboriginals saw it to be, but also as an important distinctive landmark for all Australians.

This year I recommend a different kind of neighbourhood walk for us all. Start at the library. Find out if you can, what the native people used to call the landmarks around you. In some situations you will find yourself grieving for the trees that were cut down, the habitats lost and the people displaced by our building of houses and commercial districts. Is there something you could do to raise awareness of these names and their significance for other people in your neighbourhood? Are there ways you could bring about a renaming of these places to once more speak of the people that lived here and the nature that was destroyed?

I am about to make some major changes in my garden. Part of my intent is to add more native plants that speak of the history and the ecology of this place and not of the European countries whose descendants now dominate it. I feel that steps like this can help us deepen our connections to the land and make us value it more. What do you think? 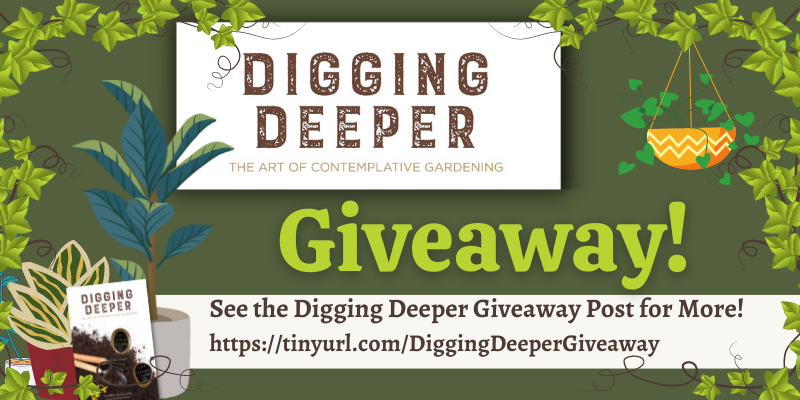 Christine Sine is giving away two copies of her latest book Digging Deeper: The Art of Contemplative Gardening. For more information click here!