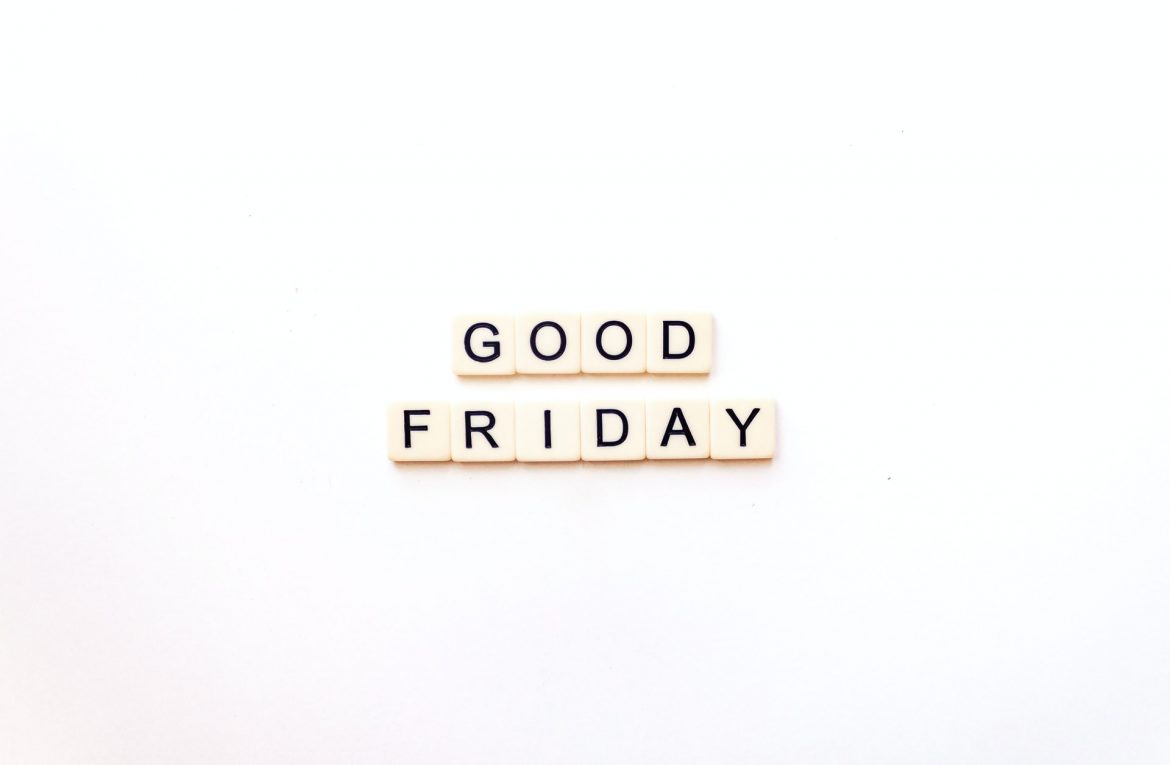 A few years ago I was preaching at a church in Pietermaritzburg and I asked the people if they thought the world was getting worse or better. One old gentleman stood up and passionately declared, “John, the world is so bad now it can’t possibly get any worse!” Of course he was very aware of the crime, greed, corruption, and abuse of power that we hear about in the news every day. But, if the cross tells us anything, it’s that this is nothing new. The world has always been this way.

But, here’s the uncomfortable challenge of the cross—it holds us responsible for the state of the world. Jesus died because evil blamed him for stirring rebellion, for not playing by the (corrupt) system, and even for blasphemy. Sometimes we crucify others by blaming them for our sinfulness, our brokenness, our selfishness. As the old saying goes: We have seen the enemy and it is us.

But, here is where the cross also offers us hope. Because Jesus did not lose faith. He did not give up his innocence. Even as evil threw its worst at him, Jesus did not become evil—he disarmed it. And through the power of the cross he empowers us to do the same, in our own hearts and in the world. This is why today is GOOD Friday: because it’s the day goodness was not overcome by evil, but disarmed evil.

And this is the great challenge of our faith. This is what we are called to be as followers of Jesus—those who stop co-operating with evil, who are no longer overcome by evil, but who disarm it in Christ’s power. There are two simple, but difficult and powerful, things that Jesus did to disarm evil on Good Friday, and we can learn them from him.

STOPPING EVIL IN ITS TRACKS

A few years ago, on a camp where I was a leader, I was asked by a teenage girl if she could talk to me. She proceeded to tell me that a few years before her boyfriend’s father had driven her home. The two of them were alone in the car and he had stopped in a quiet road, under a bridge, and had raped her. And all she could say to me was that she was desperate for revenge. She could not forgive him and never would. My heart broke because I knew that until she could find a way to let go of that anger and hatred, she would never be free of her abuser. *

But, here in the cross Jesus does the opposite. As he looks at the people who are killing him he prays, “Father forgive them…” And at that moment Jesus proclaims to the world, “Evil stops here! The cycle of violence, hatred, injustice, and brokenness ends with me!” Jesus refused to adopt the ways of evil to achieve God’s Reign.

Forgiveness is the only thing that can stop evil in its tracks. It refuses to let evil make our choices for us. Calvin Miller defines vengeance in his book The Singer in this way: “Vengeance (noun): Eye for eye, tooth for tooth. A fair, satisfying, and rapid way to a sightless, toothless world.” But Jesus’ forgiving response breaks this cycle and stops the power of evil in its tracks.

Where in your life are you tempted to respond with ‘an eye for an eye?’ How can you embrace Jesus’ response of “Father, forgive them…”? It’s not easy. The pain may remain for a long time. But, as we continue to choose to let go of our bitterness, so it slowly dissipates and disappears. This is the way of faith, the way of the cross.

Jesus confronted the evil—or the potential for evil—in himself. When he went into the wilderness at the start of his ministry, he was tempted to use the means of evil to accomplish God’s ends. If there was no chance for him to fall, it wasn’t really a temptation. For him to have been tempted as we are (as Hebrews 4:15 says), there had to have been a chance that he would choose the wrong way. Then years later, at Gethsemane, he faced his greatest fears but did not succumb. Jesus confronted the potential for evil in himself and he pushed it back.

But he also confronted the evil outside of himself. The evil in his community and country, in the politicians and leaders who exploited the poor and oppressed the vulnerable. The whole journey through the cross was a direct confrontation with the forces of sin, injustice, oppression, and evil.

Notice what’s really going on here. It’s not Jesus who is really on trial. It’s Pilate. When Jesus died the people who condemned him walked away in deep sorrow. Even one of the Roman soldiers could not help but declare that he was innocent, righteous, God’s Son. Confronting evil is not about meeting force with force. It’s simply making the truth about evil known. Asking the right questions: ‘Is this the world we want?’ ‘Is this the person I want to be?’ And if the answer is no, then we commit to change—inside and out.

Many years ago my wife and I were invited to the wedding of a couple who were good friends. They were especially concerned for poor and disadvantaged people, and so they requested their guests not to give them gifts. Instead, they asked that the money that we all would have paid for the gifts be given to one of a list of charities that they believed in. This was a confrontation with the evil of poverty, but in a very gentle, creative way. This is what it means to live the faith of the cross. This is what we do when we are desperate to bring goodness into the world in some way.

One of the men who died next to Jesus mocked him, “Save yourself and us.” But that’s exactly what Jesus was doing. He was breaking the power of evil by stopping it in its tracks, by refusing to allow it to take hold of him, and by revealing its true, destructive nature.

It may look like evil wins—as it seems on Good Friday. But, the truth is that, in the way of the cross and in believing in its power, evil is overcome. And when that happens, resurrection is always just around the corner. Or, as one old preacher put it, “It’s Friday. But Sunday’s coming!”

*CLARIFYING NOTE:
Please note that nothing in this post is intended to imply that forgiveness means letting perpetrators off the hook. I believe very strongly that those who abuse others should be held to account and punished for their actions.

My purpose in this post was to highlight how forgiveness frees us from the ghost of those who have done us harm, and how that freedom can bring us healing.

I apologise for the lack of clarity in how I expressed my thoughts and for any hurt that has been caused as a result.

Editor’s Note: Check out this post about John van de Laar’s new Easter season resource! You can check it out now from our resource page on Lent/Easter, or directly here: Back to Life – Experience Your Own Resurrection

Photo by Sincerely Media on Unsplash 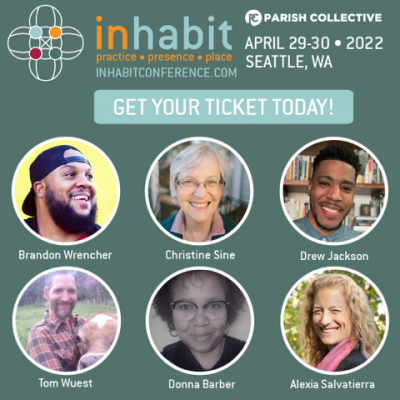 Join Christine Sine, Tom Sine, and others for Inhabit 2022 on April 29-30th in Seattle- a live conference by Parish Collective. Explore stories of hope and be encouraged to be the church in your neighborhood. You are not alone – the everyday realities are carried by us all. Click here for more info!

Awakening: Reimagining the Early Discovery of the Risen Christ – Easter 2022