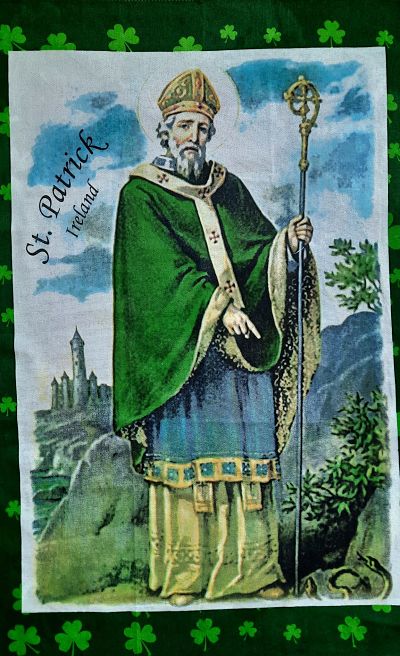 Happy St. Patrick’s Day! For weeks, my local grocery store has reminded me that the feast day of Patrick was coming. In addition to green flowers and green cookies, Irish cheese, Irish butter and Irish beer are readily available. Corned beef and cabbage are easily found and Irish whisky is highlighted. St. Patrick has morphed from a saint of Ireland to an American culinary icon!

St. Patrick has left the world a much larger legacy. Born in the late 4th century in what is now England, at age sixteen, Irish slave traders kidnapped the young man. They took him to Ireland where he was sold and forced to work as a shepherd slave. He writes in his Confession that this existence was harsh; as he was forced to live and work in poverty and in terrible weather. Yet, it was in the midst of the rain, wind, and wet earth that he began to pray and experienced the living Spirit of Christ dwelling within his own body.

After a few years, Patrick was able to escape his captors. Making his way home, he studied and received Holy Orders in the Church. Then at age 48, he received a call to return to Ireland. His call was confirmed and Patrick became the world’s first missionary bishop. He remained among the Irish for the rest of his life, dying at around the age of 70.

Patrick had a unique ministry among the Irish people. Rather than focusing on conversions and moving on to the next village; Patrick and his assistants settled down among the people and lived the Christian life. He and his fellow monks cared for the poor and children in the local villages. He helped interested women find refuge in monasteries. Patrick’s mission was built on attraction and inclusion. At least forty of the one hundred fifty Irish tribes became Christian. Yet, remarkably there were no wars, no blood was shed and no martyrs were made during his mission.

Perhaps this was because Patrick was able to adopt and adapt local customs into his teaching and preaching of Christianity. For example, it is believed that Patrick devised the first Celtic Cross, drawing a Christian cross on a druidic standing stone. Though not the work of Patrick, pictured below is an example of such a standing stone. 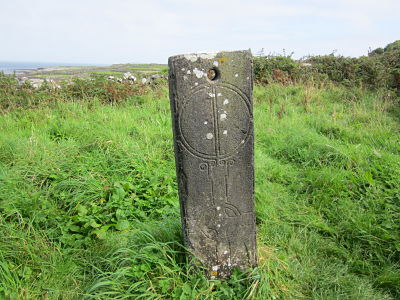 At the same time, Patrick experienced obstacles in his ministry. On my last trip to Ireland, I was able to visit the island, Inchagoill (meaning island of the foreigner) on Lough Corrib. Local history (folklore?) claims that St. Patrick was banished to this island by pagan chieftains of the area. There Patrick built a small church whose ruins still stand today. Beside the church is a grave marked by the Stone of Lugna. Shaped like a ship’s rudder, it is the oldest Christian inscribed stone outside of the catacombs in Rome and it reads “the standing stone of Lugna son of Limanin.” She was the sister of St. Patrick and Patrick’s navigator believed to have discovered Lough Corrib. 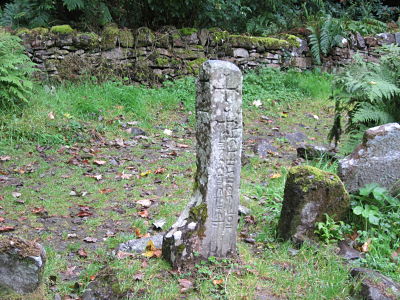 The Stone of Lugna, Inchagoill, Ireland

Patrick’s banishment to that place and the death of his nephew there must have brought back memories and feelings of his earlier enslavement. Being in that place was certainly an experience of standing on holy ground. My fellow pilgrims and I stood in the ancient open-air chapel and sang a version of St. Patrick’s Breastplate. Christ’s Spirit permeated the place as we remembered St. Patrick. 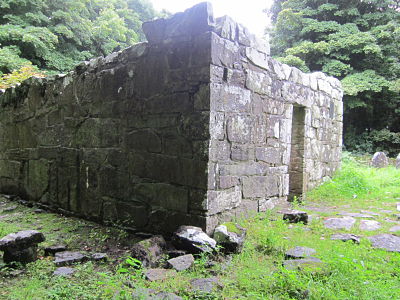 Sadly, Patrick also had conflict with the Roman Church back home. While he was successful in planting a fresh expression of Christianity, adapting it to the culture where he was, he was criticized for not doing church ‘the Roman way.’ He was especially chastised for speaking out against human trafficking and slavery. During his lifetime, Patrick endured physical hardship, slavery, hostility and criticism. Despite being rejected by the Church he lived to serve, he lived in a spirit of forgiveness and reconciliation.

Thomas Cahill, in his book, How the Irish Saved Civilization, summarized Patrick’s legacy in this way. “Patrick prayed, made peace with God, and then looked not only into his own heart but into the hearts of others. What he saw convinced him of the bright side of spirituality —that even slave traders can turn into liberators and even murderers can act as peacemakers.”

What are the gifts that St. Patrick has offered me and perhaps other spiritual seekers? Patrick planted the seeds of what we now call Celtic Christian Spirituality. From Patrick we received the tradition of praying in and with the elements and all creation. The tradition of encompassing prayer, or praying for protection as in the Lorica or Breastplate prayer is closely associated with Patrick. He also wrote of his experience of praying without ceasing and the understanding that the Spirit dwelled in every human heart. He modeled a ministry that was not stuck within the confines of institutional practice. Celtic Spirituality has a history of social justice and inclusion. It has also insisted that God is found in the rhythms and lives of ordinary people. Irish hospitality is legendary.

I suppose that might include eating and feasting! Today, many Christians observe St. Patrick’s Day as a feast day – even in Lent. Celebrate if you will and also take a moment to give thanks for his mission to the Irish people from which we have inherited a remarkable spirituality. Now more than ever, like Patrick we need to practice a religion or a spirituality that is based on a generosity that leads us to be in right relationship with the Earth and with people who may have different values, cultures and religions. We are One in the Spirit of God! May your St. Patrick’s Day be blessed. 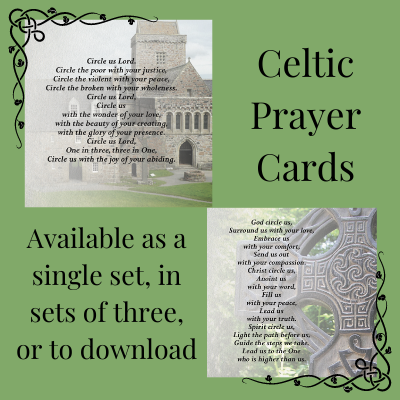 God’s Gifts In His World