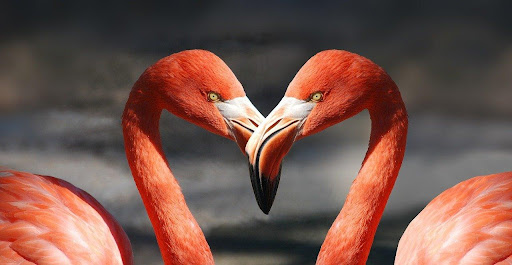 I always hated Valentine’s day as a teenager. There would be so much hype going round school as to who was going to get the most cards. Yet for me I got none. For me, it was another day in my school life that I dreaded and wondered what was wrong with me with my flat chest, thick glasses, dental braces on my teeth, home-knitted jumper and second-hand clothes. All the pretty, popular girls would be showing off their pile of cards, loudly saying how many they had, and looking with contempt at those of us who had not received any. When I was part of Family Ministries in YWAM Scotland one of the mums would get all three of her children Valentine’s gifts. I think her mother used to do that for her. That did not happen in our house. I wonder if it made her kids feel better or not.

There are various legends around who Valentine was, though the one which might have brought him to fame was that he allegedly performed illegal marriages for Christians who, for whatever reason, were forbidden to marry. It looks like the Catholic Church made his saint’s day special for commercial reasons. But as I have researched more things about St Valentine, many sites say it could have been Christians reclaiming – or coming on the back of, depending on your stance – a pagan fertility celebration. As with all things, even our own Welsh Valentine, St Dwynwen, there are many legends, stories and different ideas that surround the origins of these things, as well as our own viewpoint, hurts and expectations. So, as with so much, we need to start where we are today not yesterday.

There was a lot of talk last year about things becoming the “new normal,” a phrase I’ve noticed isn’t used quite so much, but we are still in a new normal as we deal with life living with Covid-19 and all its variants. So it is with Valentine. Some will have family traditions they are comfortable with, others not so. Some will ignore it either due to their theology or to do with issues of their past. But if I have been really healed of my past, really am a new creation, really am living in my own new normal, then I need to have a look at this festival, this day which, whether I like it or not, will be acknowledged in shops, on TV, even on Google’s banner.

I’ve been working with a group of young people recently and one of the things we’ve been looking at is presumption – presuming we know what other people want and need because we have judged them from the outside. So for me this year, as I put aside my own hurts and expectation, and walk out in my new normal instead of selfishly trying to avoid this day or of presuming what my husband will want to do, I will ask. And as one looks at the ideas of love languages, one of the greatest gifts is to find out what those around you really want and not just walk out in your own love language thinking that you know best. 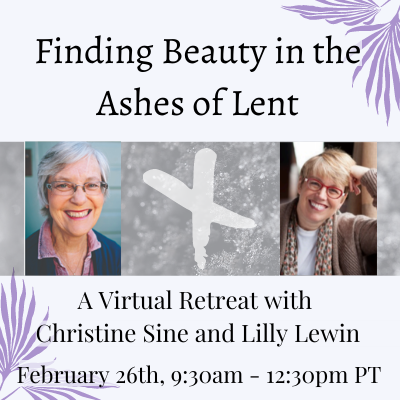 Join Christine Sine and Lilly Lewin as they explore what it means to find beauty in the ashes and prepare for a meaningful Lenten journey. Live via Zoom on Saturday, February 26th from 9:30 am PT to 12:30 pm PT (check my timezone). This retreat will include opportunities for creativity and contemplation, interaction and informative refreshment – but is also designed to be recorded as a course. If you aren’t able to make it live, you will still enjoy all the fun, and have the recording as yours forever to enjoy at your own pace. Click here to register as a live-or-later participant!