all photos and writing by June Friesen

Annually on December 1st, we commemorate World AIDS Day and reflect upon our worldwide response to the HIV/AIDS epidemic. This year has been especially poignant as we mark 40 years since the first five cases of what later became known as AIDS were officially reported, and we honor the more than 36 million people, including 700,000 in the United States, who have died from AIDS-related illness globally since the start of the epidemic.

This year’s theme calls for equitable access for everyone regardless of race, color, gender, and/or where one lives. It is also to emphasize that everyone’s voice, concern, and need be addressed–no matter race, gender identity, or where one lives. As it is with so many situations in our American culture, there is disparity.

I have been privileged to be an active part of the HIV community here in Phoenix, Arizona where I have lived for the past 40 years. I began my involvement with some people who were diagnosed with AIDS in the late 1980s. One was a family where both parents were HIV positive. The young mother died while her second child was very young, and the second child–a little girl–succumbed to the disease at age 4. I remember sitting with that family in the hospital and in the home; in the better moments, and the not-so-good moments as well–such as when the little girl took her last earthly breath. A few years later I became actively involved in the larger HIV community when I started helping a refugee family with HIV diagnosis. The medical clinic gave me several resources that have proved very helpful in my education as well as other things. One of those resources is a food bank that is now in its 33rd year here in Phoenix that was started especially to help individuals who were HIV positive get proper nutrition. Just this year, it has expanded its work to help the greater gender-diverse community. Through this, I have also been invited to attend as well as participate in a Candlelight Vigil every year on December 1st honoring those who have died from AIDS.

Another national memorial project is a memorial quilt. The idea was born in November 1985 with the first panel being birthed in June 1987. This quilt has grown incredibly over the years and groups are able to request quilt pieces to display in their city/region during the month of December. Communities that hold AIDS Memorials usually display the quilt pieces they have chosen, and the names on each panel are read reverently during the vigil. October 11, 1987 was the first inaugural display on the National Mall in Washington, D.C. I invite you to research this project online and learn of its activity still today. If you have a loved one or friend who has died from AIDS you can see if there is a piece of a quilt in their honor and if not you can research and possibly make and dedicate a piece in memory of them. When it was unveiled in Washington, D.C. it was a beautiful event. I find the photos and reading online very informative as well as very moving.

The Scriptures teach us to love all people. Jesus taught this on several occasions and also demonstrated His love and acceptance for all people. He met anyone and everyone, whether they were people who knew Him and His ministry, or those who did not recognize Him. I was always fascinated about how Jesus particularly met the lepers–who actually had to live outside the city walls away from family and friends. Not only that, they had to call out, ‘Unclean, unclean,’ if anyone got too near to them. Jesus, however, would invite them to come to Him and He healed many of them. When I think of HIV and when it first was diagnosed, many people treated the ill as if they were lepers. Mostly because we knew that it spread easily, yet no one was sure how it spread. Let us look at a few verses in Matthew where Jesus cared for a leper.

Matthew 8:2-4 (The Passion Translation) 2 Suddenly, a leper walked up to Jesus and threw himself down before him in worship and said, “Lord, you have the power to heal me . . . if you really want to.” 3 Jesus reached out his hand and touched the leper and said, “Of course I want to heal you—be healed!” And instantly, all signs of leprosy disappeared! 4 Then Jesus said to him, “Don’t speak to anyone, but go at once and find a priest and show him what has happened to you. Make sure to take the offering Moses commanded so he can certify your healing.”

My first thought: When was the last time that this leper had felt human touch? Yet, he had the courage to approach Jesus, and ask if Jesus would heal him. I can only imagine the joy when Jesus did not just heal him but Jesus actually reached out and touched him first. To be touched with a hand without fear but rather with confidence, love, and acceptance…wow!

Then I am reminded of the gospel of John chapter 3 where Jesus offered hope and forgiveness to all the world.

John 3:14-18 (The Passion) “just as Moses in the desert lifted up the brass replica of a venomous snake on a pole for all the people to see and be healed, so the Son of Man is ready to be lifted up, 15 so that those who truly believe in him will not perish but be given eternal life. 16 For here is the way God loved the world—he gave his only, unique Son as a gift. So now everyone who believes in him will never perish but experience everlasting life. 17 “God did not send his Son into the world to judge and condemn the world, but to be its Savior and rescue it! 18 So now there is no longer any condemnation for those who believe in him.”

Jesus reminded Nicodemus as well as us that God’s love and forgiveness through Jesus is for everyone. He used an example from the Old Testament illustrating God would not discriminate. God was/is not one to discriminate against anyone choosing to follow Him in the Old Testament, or the New Testament today. What was the reason for the snake on the pole? The people had complained mightily against God after He had delivered them so many were dying from snakes biting them and the snakes were everywhere. So God made a way that they could choose to live. So it is with Jesus being lifted up on the cross. It was there that He died to pay for the sin of the world before He came, the world in which He lived and the world ever since – the world since creation until now and until Jesus returns to this earth again. Everyone and anyone who chooses to follow Jesus can become a child of God. As I read and think of these verses and Jesus’ ministry, I believe that Jesus would also be including the HIV population in His walks about the community.

You may not be aware of an AIDS candlelight vigil in your community, and maybe there is not one. I would suggest however that you take some time today or this evening to just pray for the many families whose lives have been touched as well as changed greatly by this disease. It is a disease like leprosy; it affects all ages and all genders in every country of the world. But as of today, there is hope – this disease can be managed and all can live a full, active and productive life.

I invite you to read the following writing prayerfully.

Today we take some time to pause and remember the lives that ended so suddenly,

We did not understand the reason and we still are unsure,

It seemed to happen so suddenly, and no one seemed to be exempt,

It was not a respecter of gender, age, class or culture,

It was something that affected the whole world.

It quickly became known as a death sentence

As many became ill so quickly and the disease attacked the body everywhere,

A fear developed over the world almost reminding me

Of the stories I have read of those with the disease known as leprosy.

We remember the children that were and are afflicted,

Having to face their whole life trying to now manage the disease,

(Thankfully with new medicines it can be pretty well managed).

Yet it still can carry a stigma when one may have to admit what medication they have to take.

We also remember the many children that died before they were ever able to have the medicine to save their lives.

We remember the teens who are and were afflicted,

Some too have left this earth far too soon, before they really experienced life,

We remember the teens who are alive today because of medication to manage their disease,

As well as make a difference in the world for the good of humankind.

We remember the teens who did not survive to adulthood because of lack of proper treatment.

We remember the adults whose lives are and were afflicted,

Some too have left this earth far too soon because no one knew how to respond to their disease,

Please O God, may their souls rest in peace.

Some are continuing to live and enjoy life quite fully in many ways,

Thanks to the research and the medication that is available today.

God, may you continue to give them good health, strength to meet their needs,

Comfort as we mourn for those who succumbed to an early death,

That we remember today.

And now God as we leave this place today,

We ask that You will watch over each one of us,

Please give us health through the medical care that we need,

Give us the opportunity to have the care available to us that we need,

Help us to continue to live as a community where love and support is the root,

And Your desire is that we cherish each other’s life as we cherish our own. 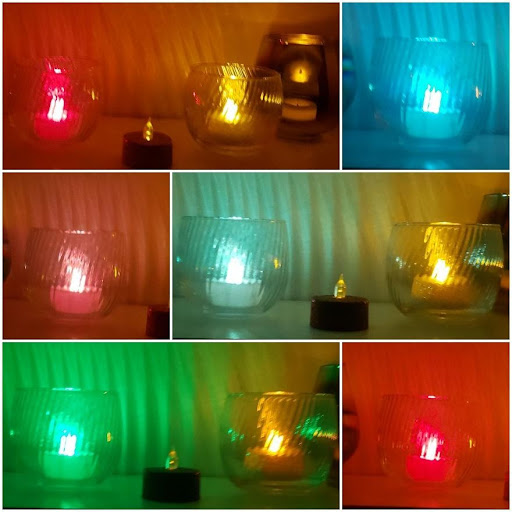 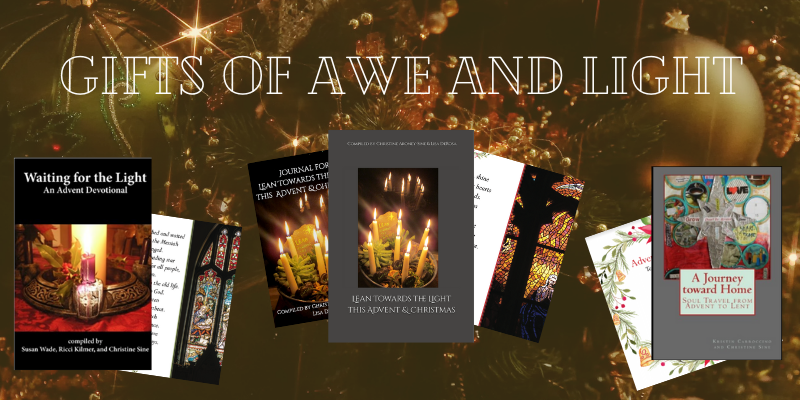 ‘Tis the season to celebrate the Reason–the Light of the World born in a humble manger. Explore Advent and Christmas alongside Christine Sine and others in one of our Advent devotionals, bundled with beautiful Prayer Cards! Waiting for the Light: An Advent Journal + Prayer Cards is more than a devotional; it is a complete guide to the Advent and Christmas season, providing liturgies, weekly activities, and daily reflections to equip and nourish us all through the season. Lean Towards the Light This Advent & Christmas is our newest resource, perfect for the times we are living in, and comes in several bundles, including downloadable forms and bundles that include a journal to enrich your quiet time. A Journey Toward Home: Soul Travel from Advent to Lent + Prayer Cards approaches the rich seasons of Advent to Lent playfully, yet with yearning and determination, providing daily reflections from many theological and cultural perspectives, shared family activities, and recipes that will enrich the season for all seekers. All these Advent resources and more can be found in our shop.