Meditation Monday – The Wow of Advent 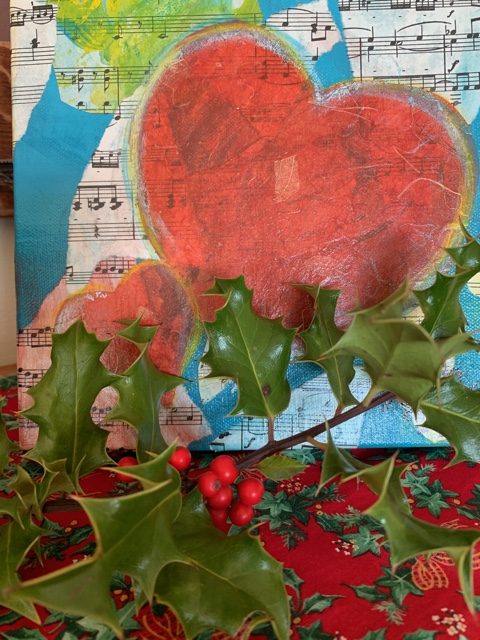 This year Advent really wowed me.

It began with preparation for our virtual retreat Walking in Wonder Through Advent (now available as an online course) but my excitement grew as I entered into the celebration of Celtic Advent and now into the more familiar traditional Advent. Wow, wow and wow. It is an incredible story the impact of which often passes us by with hardly a thought.  So what excites me so much?

First I am wowed by the Advent beginnings written into the creation of our world. The apostle John expresses this better than anyone:

14 So the Word became human and made his home among us. He was full of unfailing love and faithfulness. And we have seen his glory, the glory of the Father’s one and only Son. (John 1:1-4, 14)

God knew even then that the Word would need to become flesh and dwell amongst us. And I think God was slowly preparing the world for that moment from the very beginning. And then it happened. So much hope resting on that tiny baby Jesus conceived in a young unwed peasant girl. At his birth the heavenly hosts couldn’t contain their excitement. They burst into the earthly realm with songs of jubilation.

That is not the only wow of the Advent season though. I am wowed by the faithfulness of those who take centre stage in the Advent story. Mary – willing to obey God even though she knows it could mean alienation from her family and community. Everything and everyone she loved even her life could be lost in that moment of obedience. And Joseph – he too stood to lose reputation and standing in the community. Yet he gave it up, choosing instead to embrace Mary and her unborn child, protecting and obviously loving them both. Recently I read that Joseph did not need to take Mary with him to Bethlehem for the census, and you would think that he would choose to leave such a heavily pregnant woman behind, but he took her on what must have been an incredibly uncomfortable journey, probably because he was afraid of what would happen if he left her behind.

I am wowed too that this incredible story still has as much vibrancy and impact 2000 years later as it did then. It has inspired millions over the centuries–in spite of attempts to suppress or even wipe it out on one hand or to make it into a sugar-coated fairytale on the other. Fresh interpretations expressed in cultures across the globe bring hope and promise to us and to the oppressed and the downtrodden everywhere. One of my vivid memories from my days on the mercy ship M/V Anastasis is of our visit to Poland not long after its release from Russian rule. People were hungry to hear the gospel story. The seeds of faith still lay within many of them, just waiting for new life to emerge.

Last but not least, I am wowed by the incredible ways the Advent story is lived out in so many aspects of our world. Glimmers of the Word made flesh were birthed long before Jesus was born. I think they continue to be seen in the conception and birth of every living creature in creation.

Perhaps you feel that you lack the wow factor this year. It’s hard to wait at the best of times; it can be painful and uncomfortable. Perhaps it means holding grief in one hand and gratitude in the other as Lynne Baab suggests in her book Two Hands – Grief and Gratitude in the Christian Life.  Perhaps it means finding an Advent devotional that draws you into the wonder of Advent again. I read two yesterday that have that effect on me: All Creation Waits by Gayle Boss and Advent in Narnia by Heidi Haverkamp. I love what Heidi says in the introduction: Lewis by placing Christianity into another world makes it unfamiliar again. He gives us the chance to feel newfound wonder at the depth of God’s love, the power of Christ’s grace and the totality of his sacrifice, and the wonder of a world infused with the Holy Spirit.

I also revisited my book The Gift of Wonder. To feel a newfound wonder in God’s story is what Advent is meant to be all about. Like me, perhaps you need a daily dose of wonder this year. It is part of the reason we converted our virtual retreat a week ago into an online retreat process. Participants described it as “beautiful and inspiring”; “an incredible gift.”  I found listening to the recording again this week just as inspiring and suspect I will return to it several times over the Advent season. 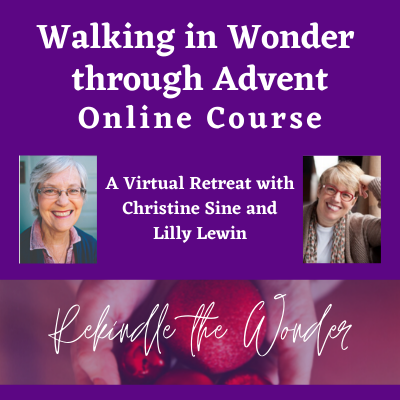 What Wows you about the Advent story? How do you enter into the true joy of its message?

NOTE: As an Amazon Associate I receive a small amount for purchases made through appropriate links. Thank you for supporting Godspace in this way. 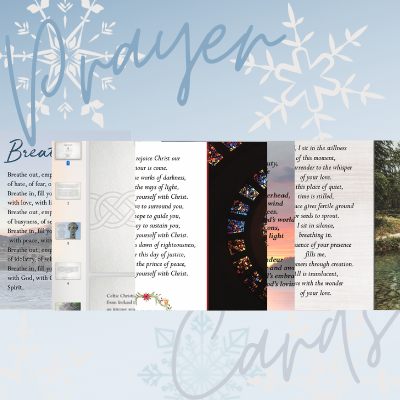 A Contemplative Service for November 28, 2021

Advent*ture in Asia, Part I: Into the Jungle

Meditation Monday – What If We Gave Up...