2020s – The Make or Break Decade for Planet Earth

“Global Leaders Pledge to Eliminate Deforestation by 2030 in a Landmark Agreement” announced the New York Times. Leaders of more than 100 countries, including Brazil, China, Russia, and the United States are down at the climate talks in Glasgow to end deforestation by 2030, a landmark agreement that encompasses some 85% of the world’s forests.

“12 governments committed $12 billion, and private companies pledged $7 billion, to protect and restore forests in a variety of ways, including $1.7 billion for indigenous peoples. More than 30 financial institutions also vowed to stop investing in companies responsible for deforestation. And a new set of guidelines offers a path toward eliminating deforestation from supply chains…

The value of healthy forests goes far beyond the ability to store away carbon. They filter water, cool the air and even make rain, supporting agriculture elsewhere. They are fundamental to sustaining biodiversity, which is suffering its own crisis as extinction rates climb…

President Biden said he would work with Congress to deploy up to 9 billion to the global effort through 2030. Preserving forests and other ecosystems can and should play an important role in meeting our ambitious climate goals.” — Catrin Einhorn and Chris Buckley, “Global Leaders Pledge to Eliminate Deforestation by 2030 in a Landmark Agreement” New York Times, November 2, 2021, p. A (Also published on Agriculturalextension)

I was particularly impressed by the thoughtful proposal created by five Bishops from Wales for this urgently important conference titled: Statement on COP26. Reportedly presentations at the conference on the environment in Glasgow were more dire than earlier conferences. This is what led to the title “2020s- the Make or Break Decade.” I selected the thoughtful proposals of 5 bishops of the church in Wales to present some very positive responses.

“The Climate Emergency is a profound challenge for humanity and the decisions made at COP26 will affect us all.

Scientists warn that this decade is critical to stave off catastrophic climate change. We are already witnessing extreme weather events. The unprecedented heatwaves, droughts and wildfires in the USA, Canada, Turkey, Greece and Siberia, the catastrophic floods in Germany and our own experience of Storm Dennis in South Wales last year are but a foretaste of what is in store for many more of us if we continue on our current path.

We must act fast to avert disaster. What happens in the next 10 years can change the course of history.

Climate change is also an issue of justice. People who are marginalised, on low incomes, and developing countries are most at risk. They have contributed least to the situation and yet they are the least able to adapt to the consequences.

Governments need to be bold, decisive and to act fast so that carbon emissions are cut drastically over the next few years and we have to hold them and ourselves to account.

Each one of us needs to limit our contributions to climate change by moving away from our unsustainable life-styles and consumption.”

Five Bishops of the Church in Wales committed to being Net Zero Carbon ideally by 2030 and by divesting from fossil-fuel companies by the end of 2021.

“We are now calling on our political leaders to:

We also encourage people in Wales to take part on the Global Day of Action for Climate Justice on November 6 to make their voices heard.

We all have an obligation to care for God’s creation and we pray that COP26 will prove a real turning point in our stewardship of earth’s precious resources.”

The Bishop of Bangor, Andy John

The Bishop of Llandaff, June Osborne

The Bishop of Monmouth, Cherry Vann

photo by picography on pixabay 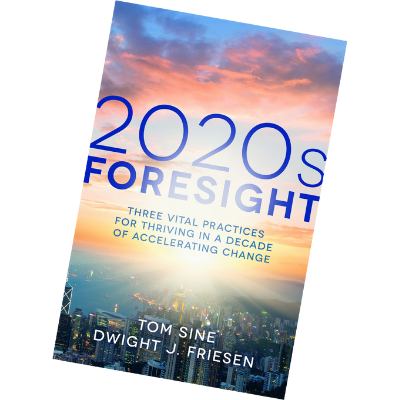 Join authors Tom Sine and Dwight J. Friesen as they explore three vital practices for thriving in a decade of accelerating change. In the fast-paced internet age of constant connection, it can be a challenge for the church to keep up with the needs of younger generations as well as predict and respond to the waves of change. Written for laypeople as well as pastors and Christian leaders, 2020s Foresight has something for everyone concerned about finding innovative options to respond to change and new generations in an authentic and Christlike way.

Introducing Twas the Season of Advent by Glenys Nellist & A Book Giveaway!

7 Tips for Sustainable Living on a Limited...

Oceans: Abundance of Life and Plastic