Legend has it that there is a sign on an Alaskan highway that reads “Choose your rut carefully. You’ll be in it for the next sixty miles.” It reflects a time when the runners on a sled created a furrow in the snow, which was of such a depth that once you were in it, you were committed to the journey of the person or people who went before you. Breaking out of the rut requires significant effort and determination to chart a different course.

This time last year most of us were forced out of the ruts we had not only become accustomed to, but were deeply embedded in the journey they charted. The impacts of the global pandemic forced changes to our work patterns, disrupted our social connections, changed our public behaviours, and required us to take cautions when encountering the unfamiliar. For many, this change became a new rut, creating resistance to a return to pre-COVID practices. Working from home is just one aspect of this.

It is rare that we are given opportunity to break out of such routines and habits. The systems and practices we create become so deeply ingrained that we cannot imagine an alternative way of living, working or being. Necessity not only become the mother of invention in the last twelve months, but has created a new rut. If only there was a way we could take a regular stocktake of practices and lifestyles and adjust them to better ways of being.

The season of Lent is intended to be that very vehicle to do so.

The last day before Lent is Shrove Tuesday, or Pancake Tuesday, a day in which households were to purge all leaven from the pantry – a symbol not only of sin, but of paring back to the bare necessities in order to prepare for the new. Many traditions include the ritual burning of previous year’s holy week palms (often folded into the shape of a cross) which then provides the ashes with which we are marked on the following day (Ash Wednesday). It is a reminder of the power of death and resurrection to which we commit ourselves – removing the old and preparing for the new.

While there can be significant benefit in “giving up something” for Lent – especially if it creates extra space in our lives for reflection, we do ourselves – and the season – a disservice if we do not look more deeply into the patterns of our life and the impact they have on our identity. If at the end of the Lenten season we simply return to what was, we have wasted the opportunity – just as a return to pre-COVID ways of being will be a terrible waste in so many ways.

The Lenten season gives way to Holy Week, the culmination of which is the commemoration of the death of Christ and the proclamation of His resurrection. Death to the old, resurrection to the new.

If Lent is to truly prepare us for Holy Week and the Easter events, we must accept the invitation to consider the ruts in which we have lived over the past 12 months, and hear the invitation to chart a different path. What that might look like for each of us is something we can only learn through the discipline of the season. And it is the invitation of the One who said, “I have come that they might have life in all its fullness.” The Lenten journey is an important aspect of accepting this invitation and discovering the meaning of this promise. 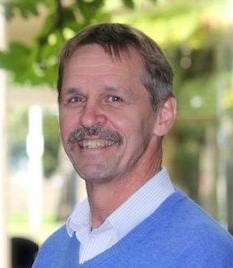 Gary Heard is a Baptist Minister and senior lecturer in Pastoral and Ministry Studies in the University of Divinity. He is married to Evelyn and has three adult children, and lives on the Surf Coast in Victoria, Australia.

A Taize Style Contemplative Service for the Fourth...

FreerangeFriday: Crossing the Threshold in the Wilderness

The Spiritual Discipline of Helping the Earth

FreerangeFriday: Guidance for the Wilderness

We lived on Redlake Indian Reservation that had miles and miles of uninhabited land. One afternoon we traveled a dirt road. When we got to potholes in this isolated country side, I did not want to go thru it. So, I went to the side where I quickly got stuck. Fortunately, 2 Indians came to check their muskrat traps. They said that you should have gone thru these potholes for they are the rut in the road. So, they took my car jack and pushed the car into the potholes.

It is good for us to go thru a rut and praise and worship, read our Bibles and attend church even when we don’t feel like it.. Later I went thru this isolated road to a place called Gonvick where Elizabeth Elliot was speaking.