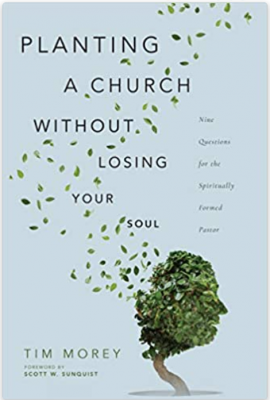 As a pastor, I’m always surprised at the power my words have to bring either healing or harm. When we are really listening to the Holy Spirit and to the person in front of us, there are times when we speak a word of grace with the quiet forcefulness of conviction, and are amazed to find that word is powerful enough to break years-long bondages or to heal life-long wounds. And the reverse is also true. A careless or angry word can hit like a baseball bat, embittering a person toward God or the church for years to come.

Two incidents stay with me, even years later. One was with a young worship leader. He was trying to get his feet wet in worship leading, and we were butting heads on how things should be done. I asked him to do one thing, and he did another. I misunderstood his actions as defiance, when in fact he was just young and excited to stretch his creative wings. I took him aside and confronted him. My demeanor was condescending and accusing, assuming the worst of his motives. He felt attacked, lost his temper, and stormed out. Though words of apology and forgiveness were shared in the following days, the relationship was permanently crippled.

Today, years later, he is a much-gifted and much-loved worship leader at a church in a neighboring city. My reaction wounded him badly, and I wonder sometimes, what if my lack of self-control had driven him out of ministry? What if I had derailed this good young man from doing what God designed him to do? And by extension, robbed those that he has fruitfully led from having the blessing of his influence in their lives?

The other incident also involved a heavy word, but thankfully, it was a word delivered in grace. A young man in our church (who I’ll call Tom) began dating a woman who was separated from her husband. A divorce seemed imminent but had not yet occurred. She, of course, felt as if the marriage had been dead for a long time, and saw the divorce as nothing more than a legal formality. She was free to fall in love again, and had.

I sat down with the dating couple. They were all smiles and all hands, practically on each other’s laps, giddy with infatuation. This isn’t right, I told them, as their smiles were slowly replaced by tight lips and hard eyes. She is a married woman, I told him, with a husband hoping to reconcile. He is not your husband, I told her, and you have no right to begin a romance with him, no matter how dead you believe your marriage to be.

To say the meeting got emotional would be an understatement. She sobbed and then shouted, he yelled and then stood so he could yell louder. They stormed off in a torrent of profanity, slammed doors, and screeching tires, vowing never to return to this shitty, judgmental church. They didn’t.

Nearly ten years later I was walking through an airport when I heard a familiar voice call my name. I turned to see Tom, hurrying to get up from the table where he was eating and make his way toward me. He grabbed my hand to shake it, then pulled me into a tight hug. “Man, I hated you so badly for confronting me back then. But I eventually heard you, and I got out of that relationship. I feel like you saved my life,” he said, eyes wet and alive with feeling. “Would you like to meet my wife?” he asked with a shy smile, gesturing to a beautiful young woman still seated at the table. “We’re on our honeymoon,” he said, his face beaming.

As I reflect on the contrast between those two encounters, what immediately stands out to me is my ego. With the worship leader, I (wrongly) felt disrespected, and in my offended state I acted like a petty tyrant. I didn’t ask him why he did what he did, and made no effort to understand what his actions meant to him. Instead, I imputed meaning to his actions, assumed his motives, and reacted accordingly. I used the power of my position to insist that he sit and listen while I scolded him, assigning motives to him that seemed right in my head but in fact were entirely inaccurate.

With Tom, thankfully, my ego wasn’t part of the equation. I was able to speak an appropriately hard truth in a spirit of grace and love, and when things got heated, I didn’t feel the need to defend or to retaliate. And even though it was rejected at first, that word of truth spoken in the right spirit was eventually able to break through his defenses and bring freedom.

“A gentle tongue can break a bone,” the Proverbs tells us (Prov. 25:15). For the leader, our capacity to speak truth from a place of secure love and ego-free grace has everything to do with how we are allowing God to refine our ability to handle power.

The Spiritual Discipline of Helping the Earth

Even Paul removed Mark from his mission work Acts 15 vs 37-39. and later reconciled him. 2nd Timothy 4 v 11: “He is useful in my ministry.Galatians 2 v 14.
Paul criticized Peter for taking sides with the those who wanted the Gentiles to get circumcised. Yet he had Timothy circumcised.because of the Jews.Acts 16 v 3.

Once my pastor told the financial supporter of our house church told her not let her son have his girl friend get an abortion. She left the church. Later, I think they were friends but she did no rejoin.

Thanks, Tom. Really appreciated this. I have had many times when I haven’t asked the “why” question on someone’s behaviour and have hurt them. I’m blogging on and off about how we need to listen before judging. X