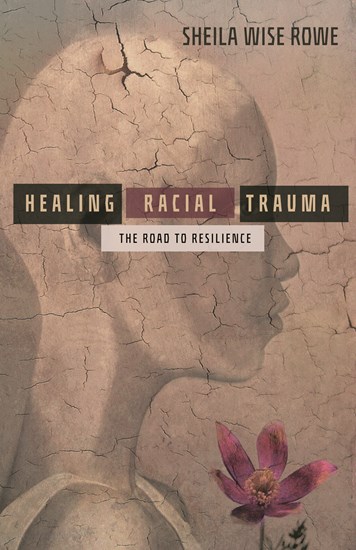 For several decades Southern black folks carrying suitcases full of prized possessions fled poverty and threats of lynching to pursue the elusive dream of a better life in Northern cities like Boston. By the early 1960s, turbulence and race riots plagued much of the country yet bypassed Boston. The city had a self-congratulatory air because its predominantly African American community of Roxbury exercised restraint while other cities burned. Everything changed that humid day in June.

I was seven years old at the time. That night in my aunt and uncle’s apartment, I watched the nightly news report bearing witness to mothers treated like chattel and an agitated crowd cursing and hurling rocks at the police. The reporter said the violence would likely carry on throughout the night. As we watched in stunned silence, suddenly we heard someone pounding on the front door. I hid nearby but within earshot, as my uncle barked “Who is it?” He unlatched the dead bolt and on the other side of the door stood my dad, Robert Wise, dressed in black. His speech was halting as if he had run a road race: “We don’t have to take this crap anymore. Come on; let’s go beat up some whiteys.” My uncle declined, and with a dismissal of his hand my father bolted down the stairs. I spent the night listening for the front door to open or a floorboard to squeak upon Dad’s return. Eventually, he made it home safely. Perhaps he shared with my mother (also known as Momae) what happened that night, but not a word was said in my presence.

The rioting carried on for three days, as over one thousand demonstrators armed with rocks, bottles, and matches clashed with police officers armed with guns and billy clubs. When the smoke cleared, Blue Hill Avenue looked like a war zone strewn with debris and charred apartment buildings and storefronts. I wondered, Was Dad partly responsible for the devastation? Years passed before I knew of the deferred dreams of my dad and how deep were his well of trauma, grief, and rage.

In a 1968 speech titled “The Other America,” Dr. Martin Luther King Jr. pointedly remarked “in the final analysis, a riot is the language of the unheard.” Dr. King’s remark is as relevant today as it was back then.

The recent deaths of unarmed black men at the hands of the police, the immigration crackdown, and the rise in white supremacists have led to protests across the country, and inner cities still burn. I believe that riots are also the language of the unhealed.

When God says, “They have treated the wound of my people carelessly, saying ‘Peace, peace’ when there is no peace” (Jeremiah 6:14), he acknowledges that he sees and knows that we bear wounds that have not been taken seriously. Although there is significant research on the social, economic, and political effects of racism, little research recognizes the emotional and physical effects of racism on people of color.

People of color have endured traumatic histories and almost daily assaults on our dignity, and we are told to get over it. We have prayed about the racism, been in denial or acted out in anger, but we have not known how to individually or collectively pursue healing from the racial trauma.

We need healing and new ways to navigate ongoing racism, systemic oppression, and racial trauma that impairs our ability to become more resilient. Resilience is the capacity to recover quickly from difficulties or to “work through them step by step, and bounce back stronger than you were before.” In relation to racism, resilience refers to the ability “to persevere and maintain a positive sense of self when faced with omnipresent racial discrimination.” Resilience is not an inherited trait; how we think, behave, and act can help us to grow in resilience.

Historians have revealed that from the earliest days of First Nation genocide and the enslavement of Africans there has been a concerted effort to keep people of color separated and to develop a caste system of sorts. Rather than seeing the commonality that we have as people of color, we have been grading whose experience is worse. In his speech “I’ve Been to the Mountaintop,” Dr. Martin Luther King Jr. wrote, “when Pharaoh wanted to prolong slavery, he kept the slaves fighting among themselves. Whenever the slaves got together that was the beginning of getting out of slavery. Now let us maintain unity.”

People of color know that racism and racial oppression is real. We’ve felt the sting of each racist incident whether it was overt or covert, intentional or unintentional. Yet we’ve often been unaware of the full impact of the racial trauma that remains.

Racial trauma is real. Every day in the United States and across the world women, men, and children of color experience racism and witness lives and livelihoods devalued or lost as if they do not matter. The result is that people of color are carrying unhealed racial trauma.

Racial trauma and oppression of African Americans and other people of color must be shared. These stories are records of a journey on the road to healing and resilience. Identify and treat the root and symptoms of racial trauma. Make peace and obtain a renewed hope for the future.

Sheila Wise Rowe is a graduate of Tufts University and Cambridge College with a master’s degree in counseling psychology. For over twenty-five years she has counseled abuse and trauma survivors in the United States. Sheila ministered to homeless and abused women and children in Johannesburg, South Africa, where she also taught counseling and trauma-related courses for a decade. Sheila is the executive director of The Rehoboth House and the cofounder of The Cyrene Movement, an online community for people of color seeking healing for racial trauma. She is the author of Healing Racial Trauma, The Well of Life: Heal Your Pain, Satisfy Your Thirst, Live Your Purpose along with The Wonder Years.

Our newest course, Time to Heal Online Course, is available now for purchase! This course provides 5 sessions with Christine Sine, Lilly Lewin, and Bethany Dearborn Hiser each with different approaches and practices to assist in processing grief and healing. 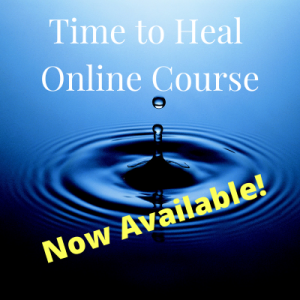