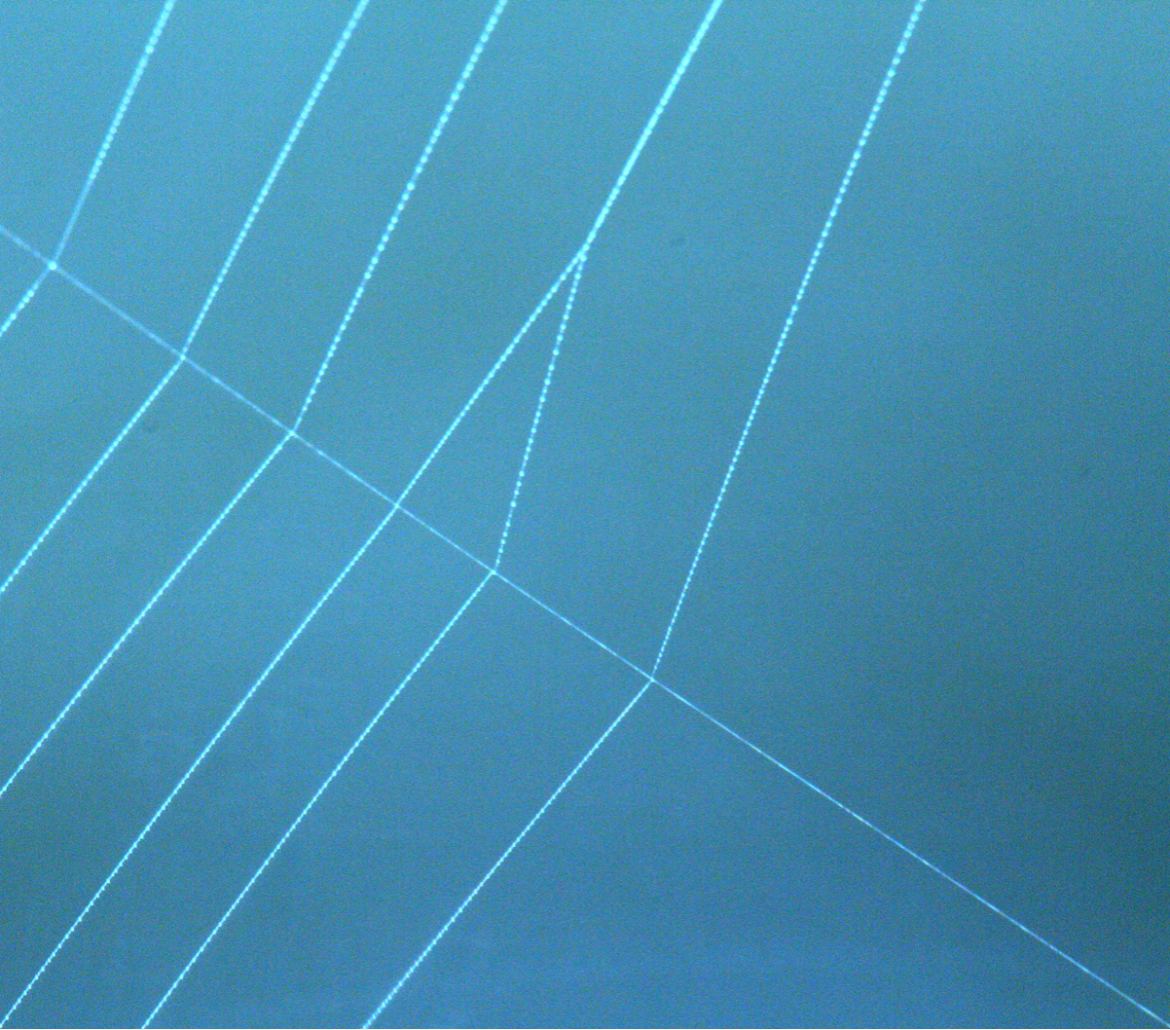 I put on some music,

trying to catch a mood,

but the invented rhythms

So I listen instead

to the cackle and spit of the fire,

the roar and hiss of the rain,

the howl and whip of the wind

During this year when I have been deliberately seeking to explore the way colour affects my life, I found myself reflecting on the choice of the colour blue as the symbol for creating a new feast day. The modern Church has dubbed today, the shortest day of the year, the Winter Solstice, as ‘Blue Christmas’: an opportunity to celebrate the presence and worth of all those individuals who find this season particularly difficult, whether through physical or mental illness, through grief, through poverty, through family violence and abuse, or through loneliness and abandonment. By consciously bringing all these to mind, the hope is that we will all increase our compassion, understanding and welcome towards those who are often considered outsiders and strangers, shut out from the traditional, commercial or religious rituals that surround this time of the year.

So why ‘blue’? The first resonance which comes to my mind is the phrase ‘feeling blue’, to describe someone’s mental and emotional state. It might imply a mild, but heartfelt, depressed moment, day or season in someone’s life; or an elongated experience of a foggy blankness that nothing seems to touch. There is a vagueness about this blue, a I-don’t-really-know-what’s-wrong-with-me blue, describing someone who is downcast, feeling separated, isolated, dislocated, excluded, from the normal bustle of the everyday world in that moment. 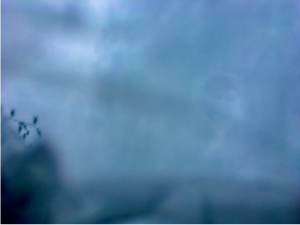 It is often suggested that any emotional turmoil associated with ‘feeling blue’ might be healed with the spiritual and neural muscle memory which regular meditation can give. Such a holistic approach might bring about the antidote of a ‘blue mind’, as Wallace J. Nichols comments:

Blue Mind is a mildly meditative state characterized by calm, peacefulness, unity, and a sense of general happiness and satisfaction with life in the moment. It is inspired by water and elements associated with water, from the color blue to the words we use to describe the sensations associated with immersion.

In utter contrasts to this, there’s ‘singing the Blues’. This blue streams out of the roots of Negro-Spirituals of the deep South of the U.S.A. This blue is a scream of pain born out of human experiences no being should ever undergo – let alone at the hands of another through enslavement, trafficking, or torture. It is a blue wail of rage and grief that comes from places that I, as a white, educated, British woman, will never comprehend. The fact that there are unnumbered musicians down the centuries who have made beauty from this blue, who have sought to expand upon this blue and explore its multifarious facets, is a source of awe and wonder to me. 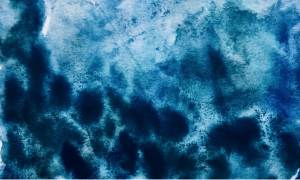 Then there’s the ‘blue hour’, the phase of sunset which, for photographers, follows the ‘golden hour’. These are the blues of twilight – whether civil, nautical or astronomical (the degrees to which the sun has descended below the horizon). These are the blues of longing, of distance, of ambiguity and mystery, of descent towards the dark. In A Field Guide to Getting Lost, Rebecca Solnit writes:

The blue of distance comes with time, with the discovery of melancholy, of loss, the texture of longing, of the complexity of the terrain we traverse, and with the years of travel…Blue the color that represents the spirit, the sky, and water, the immaterial and the remote, so that however tactile and up-close it is, it is always about distance and disembodiment. (39,159)

In a letter from December 1828, the English painter Samuel Palmer wrote this evocative description of the ‘blue hour’:

Creation sometimes pours into the spiritual eye the radiance of Heaven: the green mountains that glimmer in a summer gloaming from the dusky yet bloomy East … [These things] shed a mild, a grateful, an unearthly lustre into the inmost spirits, and seem the interchanging twilight of that peaceful country, where there is no sorrow or night. Every light eternally on the change: yet no light finally extinguished.

That I might see ‘every light eternally on the change: yet no light finally extinguished’ seems to sum up the hope that lies deep under all the ambiguity and lostness of my own blues-song. So this year, I am deliberately trying to take note of twilight, charting the shifts in me as another set of daylights fade into nightlights in the sky outside my window. I hope to be deliberate about gathering into me all the hues of blues, and as earth-time leans into darkness, to help my spirit-time lean towards the lights reflected back to my eyes in even the darkest of indigo tones.

Here is a light which the eye inevitably seeks with a deeper feeling of the beautiful – the light of a declining day, and the flakes of scarlet cloud burning like watchfires in the green sky of the horizon; a deeper feeling, I say, not perhaps more acute but having more of spiritual hope and longing … all that is dazzling in colour and perfect in form [is evanescent and shallow] when compared with the still small voice of the level twilight behind purple hills.

Perhaps then, deliberately, mindfully, care-fully, I can embrace all my different blues, all the shades of it that are unique to me. Perhaps then, I maybe able to sit in the blues of my lostness and see them clearly enough to realise there are others in this world, known and unknown to me, in this present moment and in the future, who need what only my Spirit-enlivened colours can give them. Perhaps then, my ‘blue mind’ might be transfigured into an offering of Grace which points straight to the One who invites me to immerse myself into the blue shadowed darknesses of the Light of the World. 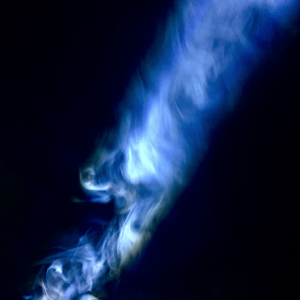 Note: As an Amazon Affiliate, Godspace earns an amount on qualifying purchases. Thank you for your support for Godspace in this way.

What Do We Do While We Wait?

Litany for the Blessing of Light

What Do We Do While We Wait?

Meditation Monday – How Good is your Heart-soil?

A Contemplative Service for the Fourth Sunday of...

FreerangeFriday: Finding Joy with the Shepherds

The Light Leans Towards Us

Home Is Where The Heart Is