Bread for the Resistance: Interview with Donna Barber

One of my delights this last week was interviewing Donna Barber, author of Bread for the Resistance, one of our alternative readings for Advent this year. I heard Donna read one of the devotions from this book at a conference early this year and was really inspired by it. In fact I have not been able to get it out of my mind. Over the last few days I have been enjoying reading through some of her other devotions and continue to be inspired and motivated by what she writes. I hope you will be too.

Bread for the Resistance: Forty Devotions for Justice People 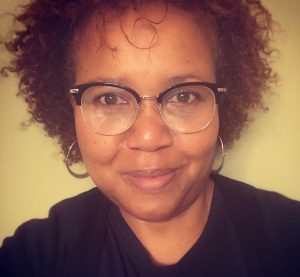 Donna Barber, a native Philadelphian, has served as an educator, program director, trainer and coach for urban youth and urban youth program leaders for more than 25 years. In Philadelphia and Atlanta, she worked to create and lead schools and programs that develop urban youth to be spirit-led, socially aware, community-minded leaders.  Also a licensed minister, Donna has served with local churches, private and public schools and local non-profits.  She holds degrees in Communications and Urban Teacher Leadership and has provided trainings and coaching for national organizations including Mission Year, CCDA, DeVos Urban Leadership Initiative, Portland Leadership Foundation and several colleges and universities.

Presently, Ms. Barber serves as Executive Director and Co-Founder of The Voices Project, a national network that exists for the training and promotion of leaders of color and as President of The Voices School for Liberation and Transformation.  Donna is the first African American to be elected to the David Douglas School Board, in Portland, Oregon, a member of the district and Regional School Board Equity Teams, and a published author.  Her book, “Bread for the Resistance: 40 Devotions for Justice People,” was released in 2019 by IVPress.  She currently resides in Portland, OR with her husband, author, speaker, and Voices President, Leroy Barber, and together they have six children.

REACHING TOWARDS THE LIGHT

Moving from Shame to Self-Empathy