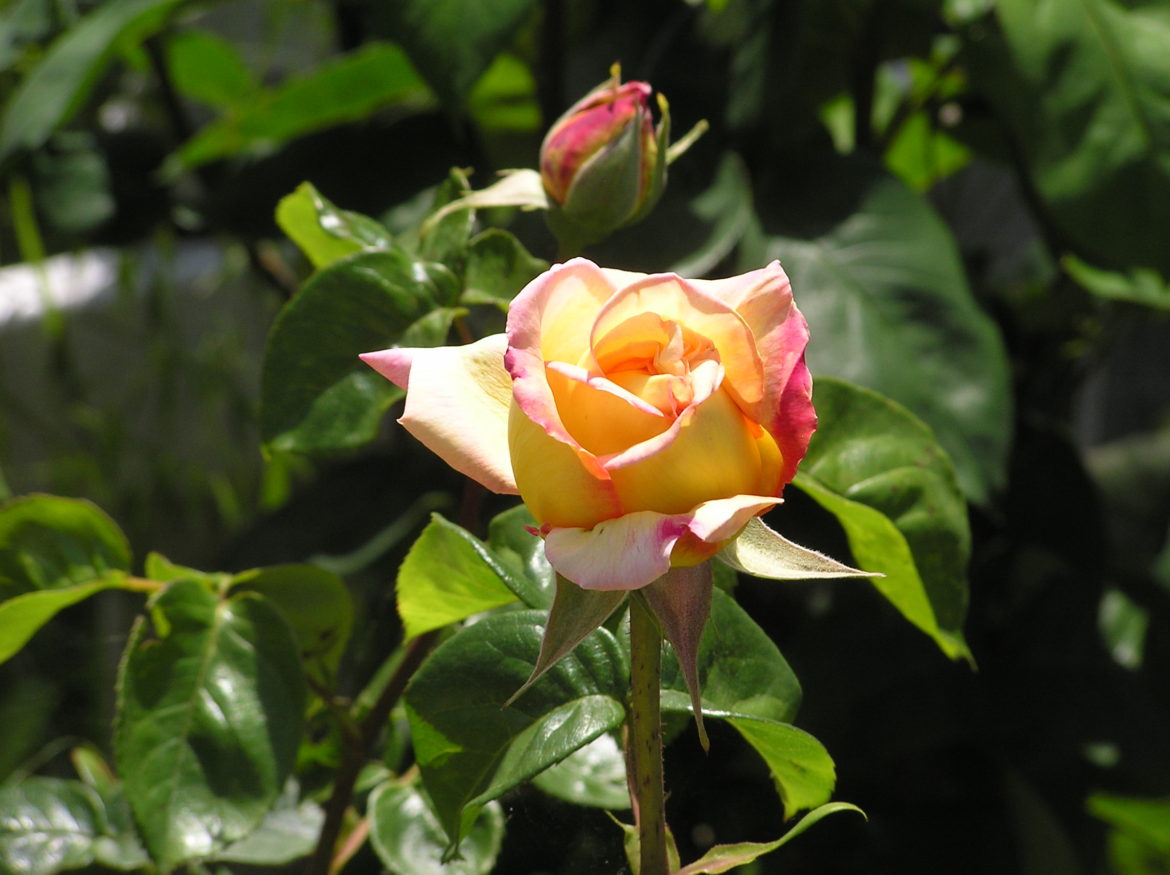 As England and many other places around the world are facing a resurgence of Coronavirus and go into stricter lockdowns, I found Psalm 27 (a Psalm of praise!) a real help to learn to ‘wait on the Lord and rest in his strength’ bringing a sense of peace amid the turmoil which seems to be particularly prevalent  just now.

Psalm 27 – a prayer of praise by David is very encouraging during these times.

1 The Lord is my light and my salvation

–   whom shall I fear?
The Lord is the stronghold of my life

– of whom shall I be afraid?

3 Though an army besiege me,

my heart will not fear;
though war break out against me,

even then I will be confident.

4 One thing I ask from the Lord,

this only do I seek:
that I may dwell in the presence of the Lord

all the days of my life,

to gaze on the beauty of the Lord

and to seek him in his temple.
5 For in the day of trouble

he will keep me safe;

be strong and take heart;

his power shall strengthen you,

his love increase your joy,

his mercy will lengthen your days;

The Lord will give you peace.

The Lord will give you peace.

Reflection on Peace (by an unknown Christian writer)

In our ordinary lives it is important from time to time to sit with God in silence, to rest in the Lord. This state of being quiet before God suggests complete confidence and ease at being in the presence of God. In our society we are so used to striving for things, to owning things, to earning the approval of others, that it is very hard to think of ourselves as usefully employed if we are just ‘being’, resting in God. What those of us who try to tread this pilgrimage of peace must always remember is that just being in God’s presence is all-sufficient. When we are wholly present to God, we are wholly present to ourselves and wholly present to the whole of creation.

Yet those who abide in the peace of the Lord aren’t always called to be ‘at rest’. At times, it is true, it is necessary – if not vital – for our well being to withdraw from the world and wait quietly with God, resting our bodies, stilling our minds, and renewing our souls in order to restore our equilibrium in life. But the peace Jesus gives – his parting gift to his disciples – is a different kind of peace. The kind of peace Jesus himself had, as he was being manhandled by the soldiers propelling him to his death; the peace he retained when he was being shouted at and abused by the Jewish authorities at the mockery of his trial, and bruised and battered by the Romans taking out all their frustrations on this one Man for the years of  unsuccessfully trying to control a recalcitrant nation. It is the peace Jesus had before Pilate, during his flogging and subsequent cruel crucifixion. It is the peace of God beyond our understanding, a gift of the Spirit (for all who love the Lord) that will carry us through whatever life flings at us – peace in the midst of war, hatred from afar or conflict at home; peace in the trials of illness, invasive investigations, or surgery; peace in times of loneliness, grief or desolation; the peace we receive from the scarred hands of Jesus himself. It is the peace the world cannot give, the gift of heaven on earth.

tear it, and it will be rewoven.

Peace does not despair.

Begin to weave a web of peace:

Start in the centre and make peace with yourself

and build peace within your family,

and in the circle of those you find it hard to like.

Then stretch your concern into all the world.

Weave a web of peace and do not despair.

Love is the warp in the fabric of life:

truth is the weft:

care and integrity together – vulnerable,

Together, they spell  Peace.

Some Further Thoughts on Peace

The Peace Plough, a mile or so from Flodden Field at Crookham United Reformed Church, is a Peace Garden which was dedicated in 2013 to commemorate the 500th anniversary of the battle of Flodden between the Scots and English. The garden was designed by a borderer, Dougie James of Galashiels who described it like this: “The peace garden progresses from a mood of anger, fear, and repression represented in the first black section, through to a space of conflict and confrontation in the red section, to loss and coldness in the grey garden, then to forgiveness in the white and gold space, and finally to the garden of renewal. Visitors will be given a guided tour through the whole garden which is in the shape of a horseshoe, moving from the dark spiky plants of the conflict zone to the rich colours and small pool in the reconciliation area.”

The peace plough (from St Cuthbert’s Centre, Holy Island) made by Susan Andrews of Garstang is constructed from decommissioned guns, grenades and ammunition with vine leaves sprouting from barbed wire. It is hoped that the garden and the peace centre in the church will provide a quiet place for people to relax, reflect and let go of everyday stresses, and that it will particularly help those dealing with conflict, war or confusion in their lives, offering them some thought-space and perhaps a sense of closure and peace.

and every good that life can bring;

is calling us to wonder.

The night has come

and all is quiet now

to end the day in listening.

and linger long till morning;

Look up and see

the vast and endless sky,

who knows how far and wide

are hearts so weary from the day;

and peace will bring the morning’s song,

and peace will bring the morning’s song.

“Peace to You”, sung by Carol Dixon

A Prayer for Remembrance/Veteran’s Day

FreerangeFriday: Peacemaking and the 4th of July

FreerangeFriday: Opening the Gift of Peace

Peace Be With You

Practicing the spiritual discipline of silence helps to restore the peace and clarity that eludes the soul of a weary Christian pilgrim.