Nota bene: A Backyard Fiasco, A (miniature) House of God 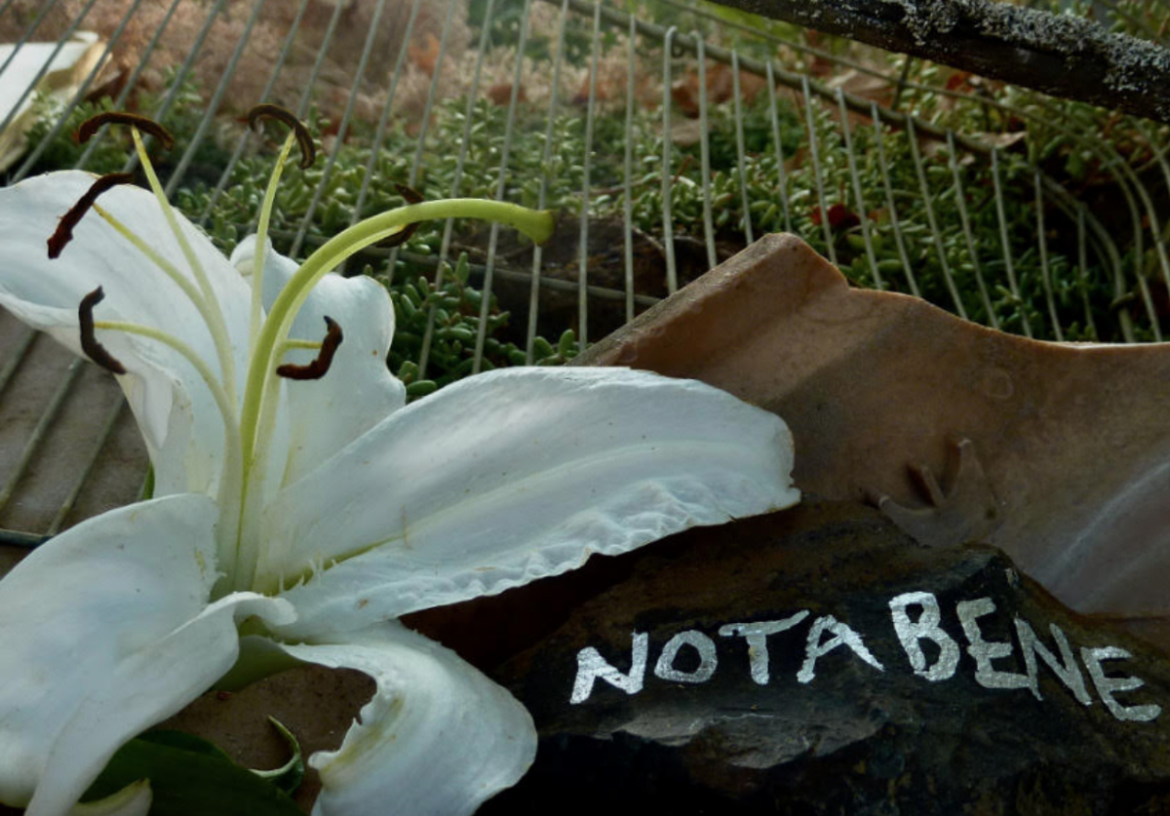 I repurpose bird cages as garden sculpture, tuck them among perennials like miniature cottages in a country village: a personal peaceable kingdom. Last month, I discovered a small finch flailing behind the bars.

Bindweed had snaked through the cage, obstructing the door. My efforts to tear it away propelled the bird upward. Its delicate head jammed in the roof. The removable base wouldn’t budge. A few sharp blows with a rock shattered the plastic foundation, but the bird clung to the topmost wires limp as a sock. Praying, I slowly righted the cage. By God’s grace and the silent, reliable force of gravity, the captive eventually fluttered free.

Left with the wreckage, I exhaled, feeling grateful for God’s timing. Then guilty. Some years ago, another bird had forced its way into the same cage. After releasing it, I had carried out a cosmetic fix, straightening bent wires and afterward assuming the issue resolved. Rather than disturb the small house in its naturalized location, I’d left the cage in place.

Metaphorically, these two incidents and my cavalier attitude, which allowed them to occur, painfully echo assumptions recently brought to my attention, assumptions I’ve made about race, which are currently being exposed as I listen to impassioned voices raised in support of Black Lives Matter.

My unquestioned foundation of lifelong privilege requires a shattering blow. Ingrained bias has seeped in, over time, unknowingly absorbed.

As a Christian I espouse equality for all, but like the cage, I am part of a structure that imperils others.

Grieved by my complicity, I also feel helpless to change anything. I relate to the bird scrabbling for footing. I am looking to God for direction. Meanwhile, I want my blind spots exposed so that I can lament and confess them, receive forgiveness, then act as the Holy Spirit directs.

Like the network of cages in my garden, I can no longer leave unattended the ingrown, existing system.

To further educate myself I’m reading poetry by African Americans and taking diversity courses online (see links below). The roots of bias go deep in me; I will need ongoing help.

Hopefully if I witness an officer of the law in questionable conflict with a person of color, I will emulate the woman I recently read about who left her vehicle with her cell phone set to “record,” and then respectfully yet firmly appealed to the officer.

For now, I’m leaving the bottomless birdcage in the flower bed. It nestles on its side amid the perennials alongside a stone on which I’ve penned two words, in Latin: Nota bene, or “note well.” You’d likely recognize its accompanying visual symbol, called a manicule: a pointing hand (☞), index finger extended, indicating something crucial.

I’m also noting well the Old Testament story where Jacob encounters God in the great outdoors. Having terribly wronged his brother, Jacob knows he must make things right. That night he dreams God promises to watch over him and bless all the people of the earth through his life.  Next morning Jacob sets up a stone for an altar, commemorating the place of God’s revelation and promise of aid.

In a similar way, my broken bird cage and Nota bene stone form a temporary altar. A small, if battered, symbol pointing me toward God’s peaceable kingdom.

Resources that are helping me recognize where and how I need to change: 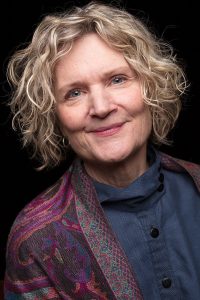 Laurie Klein is the author of the classic praise chorus, “I Love You, Lord,” a poetry collection, Where the Sky Opens, and an award-winning chapbook, Bodies of Water, Bodies of Flesh. A grateful recipient of the Thomas Merton Prize for Poetry of the Sacred, she lives in Washington State, USA, and blogs monthly at lauriekleinscribe.com.

Where the Sky Opens
https://lauriekleinscribe.com/

Blessing of the Backpacks

FreerangeFriday: Watching for Signs… Let God get your attention

Thank you, I really appreciate your words.

Sharon, please forgive my delay in responding. Thank you so for reading the post and leaving a comment. Blessings on you!