Meditation Monday – What Do You Have Trouble Naming? 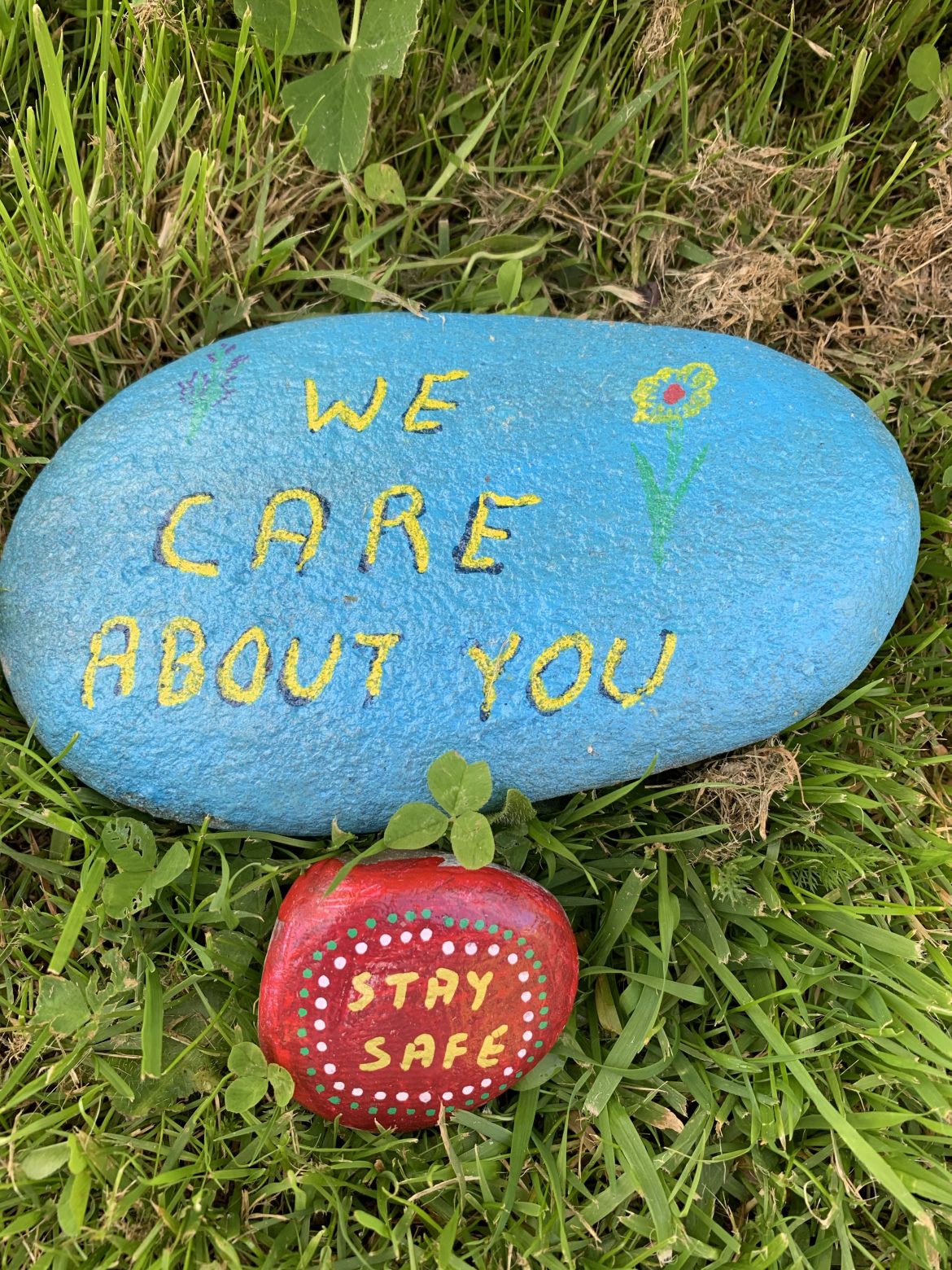 This last week my discernment process has been sorely tested and I decided to share not just my testing but the vulnerability it raised and the healing it has brought within me. I hope that it will help you to face the hurts within you that restrict you from becoming the person god intends you to be.

I posted a link to Michelle Obama’s speech at the Democratic Convention on Facebook, and was overwhelmed by the derogatory comments that ensued. I don’t expect people to agree with me, but I do expect them to be respectful. The conversation soon degenerated into one about abortion and birth control. What really sent me over the edge was when someone commented “if women would just get their sex drive under control everything would be OK”.

On the surface, what really upset me was the lack of recognition of how male domination restricts women’s choices even today, and of how men love to blame women for their own failings.

I soon realized, however, that my response was far more than a reaction to the comments. It really revolved around some deeper issues that I needed to deal with myself. So I found myself returning to the process I outlined last week for help.

What Was I Having Trouble Naming?

What I was having trouble naming was the scars of male domination, beginning with my father’s domination of my mother and myself. As I grew into adulthood, and entered a male dominated world, there was the added shame of times in the past that I was left feeling dirty and violated. In my vulnerability, there were times that I almost succumbed to sexual advances because my job was at stake. Thank God for the strength of divine presence that made it possible for me to avoid these situations. You were there, God, protecting me in the midst of these violations, and though I still bear the scars, you have covered them with your healing balm.

I also have trouble naming the times I struggled to be the person God called me to be in the face of a male dominated world. Like the times I was told I was more like a man than a woman and wanted to run away and hide. There were other times I was told I could not lead because of my gender, or was rejected as a mate because of my leadership skills and intelligence. Sometimes I was silent when I should have spoken out. At others I spoke out of anger rather than love.

How Does This Lack of Self Awareness Make Me Vulnerable?

These scars from the past sometimes mean that I am tempted to walk down paths that are not of God’s choosing. Sometimes I want to walk the path of least resistance without really understanding why. Thank God for the strength and resilience that have built up within me as God has slowly peeled away the layers of hurt and anointed the scars with that healing balm.

In the midst of my struggles, I hear God say “I am proud of you. I chose you and I formed you in your mother’s womb with the strength and resilience for the job I prepared you for. You have not just survived, you have thrived and become a model for others to follow.”

Then I hear the echo of a young medic in the refugee camps in Thailand, “My prayer is that my daughters will have the same freedom that you have.” God has granted me incredible freedom and I need to embrace it and to do all I can to model it for others.

As  I reflect on all of this, I see Jesus who responded in the exact opposite spirit, not dominating but releasing women. I hear him say “I am not like that. See how I treated my mother and the women that followed me. Don’t let your joy be stolen by those who are imprisoned in their bigotry and narrow mindedness. I have set you free. Live into that freedom.”

I wonder if the way Jesus treated women was in part a reflection of how his earthly father, Joseph, treated his mother. Such respect for Mary and the child she carried that was not his own, when he could have discarded them like Abraham discarded Hagar and Ishmael. So much love to protect you both when the world would have thrown you away.

Out of my reflections came this poem which is written as though Jesus is speaking the words:

In the midst of your whirling thoughts,
Do you feel my pain?
Is your distracted focus
The agony of my heart
For women oppressed
By men with no respect?
Do you hear the cries
Of those who are abused
Forced and then abandoned
To bear the guilt
And hatred of society?
My heart aches,
As my father Joseph
Ached for my mother Mary,
Accused and blamed
Without reason or understanding.
In his love,
He reached out with embrace
And not accusation.
Loving caring, protecting
Until the wonder of God
Was birthed through her.

I chose the photo above because I wanted to express my awareness of the fact that we do not stand alone in our struggles and our vulnerabilities. A loving spouse, close friends and community members have all been instruments of God’s healing for me. I hope that you can say the same.

So my question for you today is: What do you have trouble naming and how is it restricting you from becoming the person God intends you to be?

Getting to Know You

Hi Christine, Thanks for this honest sharing. I don’t have an answer for your question–although maybe I’ll find the answer in my current re-evalutation about my calling and mission as I try not to get too sucked into what can feel like a game of promotion, chasing followers, etc.
It’s interesting that your emotional moment came after a speech from the DNC. A friend sent me the speech of Sr. DeDe Byrne given at the RNC–we worked in the same locale and I’ve met her. She is a sister, M.D., surgeon, ex-military and single issue pro-life candidate who evidently sees the election as a black and white one-issue election. It made me so sad to see her NOT talk about the lack of respect to women, blacks, browns, immigrants, the planet….
I have to once again surrender all to Our Lord. At the moment, it is feeling heavy. Donna

Thanks Donna. To me the important thing was not which political party this was presented to but rather my reaction to it and especially to the comments that escalated far beyond what was said. So much lack of respect being shown on both sides of the political divide unfortunately

Hi Christine, thank you for your sharing. I am so sorry that you received those responses and that vitriol. I am often ashamed of those who share my maleness and use that as power to oppress and belittle women. And this is another of those times. I cannot fix other people, but I can speak out against such abuses of power and of other people. God bless you and please keep speaking out. Coe

Thanks Coe – you have always been very supportive of me and of other women I know you have worked with. It has always been much appreciated.

Agreed, and that w/o qualification! But we men suffer under addictions, some of those being sexual – yes! But to return to your question, and the sensitive poem; there remain addictions to cigarettes and cannabis which, strangely, i hated upon my first try in ’15 – but still – my addiction was reactivated, even though it had laid dormant 30 years! So i ask your prayers, and if you have a word of encouragement for a man – please give it my long-time friend of the other gender! Oh – and i took some offense at the rudeness your post received; but do know this – the rude ones are weak too, trust me – i know – they’re rude because they’re weak, and it is out of their weakness that they attack! <3 to you and your fam' to include Tom, of course!

Thanks for your response Steve

Thank you so much for your openness and honesty. I have been working on some issues myself and have been being taught to look at my reactions to things and then name the hidden depths of what sparks them off. It is hard work but it is so necessary. And then to see God through it all
Loved your thoughts about Joseph. I’ve always felt he was one of the unsung heroes.
Great post. I’ve been really touched by it X

Thanks Diane and I do think that Joseph is one of the unsung heroes of the gospel story. Wish we knew more about him

Thanks for your honest, open and most necessary sharing, Christine. The pain of your experience is very real. It makes me sad that we (men) have neither heard nor obeyed the words of Jesus, “….don’t act like them. If you want to be great, you must be the servant ” (Mk 10:43). All of us, men and women, need that extra naming – of the parts of us that “lord it over others”. We not only fail to name our pain, we also fail to name the darkness in us. We hide from our true selves but in the silence of descernment practises we are likely to have to name not only our hurts but our hurting, not only our rejections but our rejecting and this all in the context of a loving acceptance of who we really are. Only then can we move to accept others. The first task of discernemnt is to place ourselves in this place of grace. Only then will we truly see and accept others rather than seeing others only as causes of our hurt or agents of our healing.

Thanks Rodney. I agree with you.