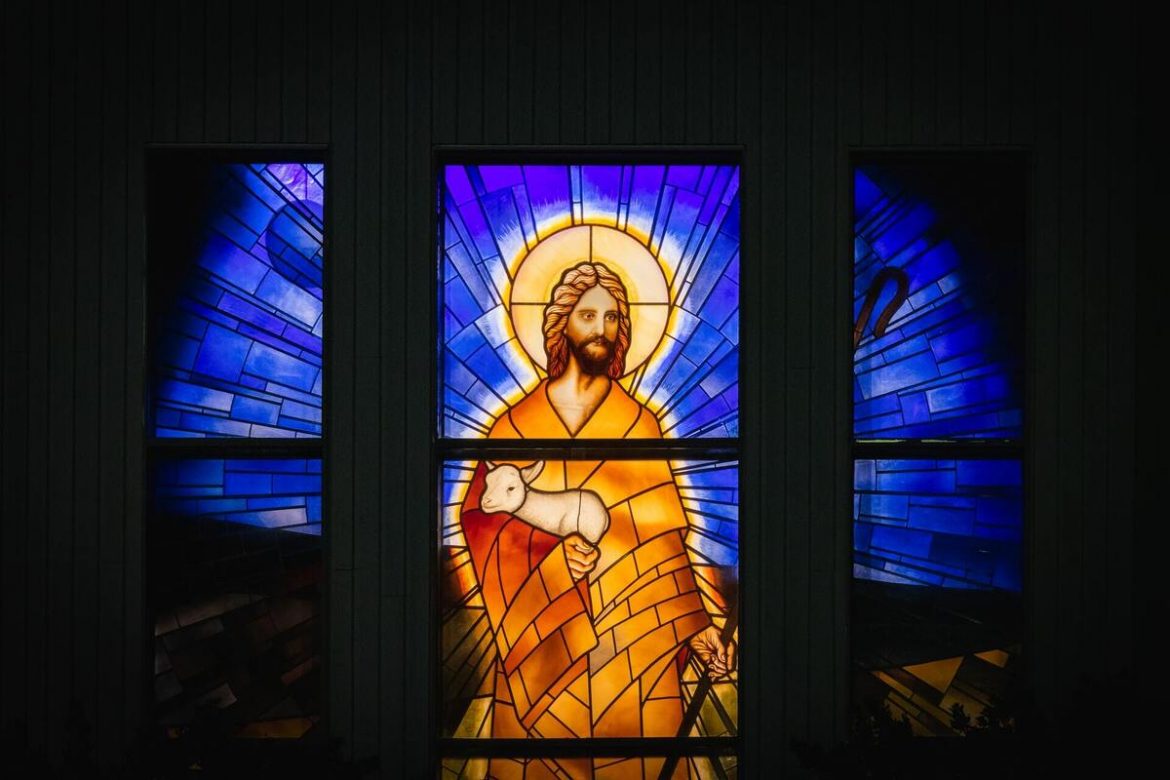 ‘Jesus is Lord’ was one of the earliest creeds of the church. Yet this simple affirmation was a very radical & dangerous statement at the time. To the Jews it was blasphemy which cost Stephen, the first Christian martyr his life- God alone was Lord. In the Roman world it was treason, as Lord was a term reserved for the Emperor, who was not only obeyed and revered but was seen as a living God on earth. And for those living in servitude, lord with a small ‘l’ was the person to whom they owed their livelihood at best, and at worst was the master of life and death.

Some people nowadays seem to have trouble calling Jesus and God ‘Lord’ – they don’t like the idea of anyone ‘lording’ over them. I don’t have much of a problem with it myself as I think of it differently.

Having been brought up in Alnwick in the UK, the seat of the Dukes & Earls of Northumberland for six centuries, it was relatively easy to see that lordship worked as a two way contract – a kind of covenant between landowner and those who served him. In medieval times this included helping to protect the area from marauding Scots or English armies rampaging through the county and, although the men of the town had to be ready at short notice to go to battle, they were confident that their lord was in the thick of it fighting alongside them (in some cases he died with them). In the 19th & early 20th century, many of my ancestors were in the Duke’s service and although he expected them to work hard, he made sure that they were provided for. Even though they didn’t actually see him face to face very often, he knew their names and what they did for him. Not all lords took their responsibilities as seriously. 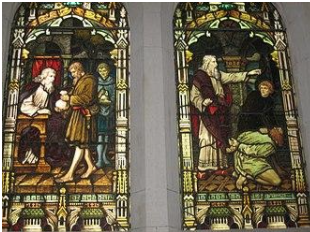 Parable of the Unforgiving Servant on a stained glass window in Scots’ Church, Melbourne shows the initial forgiving of the debt, and the final punishment of the unforgiving servant.(Public domain)

When Jesus came to live among humanity he took it a step further – living as one of us, dying instead of us – to show how far our Lord God was prepared to go for his people. When we realise how great the love of God is for each one of us, how much our Lord cares for every human being and how much God wants us to love and care for one another (& how far we often fall short of this!) then we begin in a small way to understand the need to pray ‘ Lord have mercy’ for ourselves and for our world, secure in the knowledge that, unlike some landlords, our Lord will hear us and listen to our cries for help. But there is a caveat – unlike the Unforgiving Servant in Jesus’ story in Matthew 18, we must be willing to listen to our neighbours’ cries and look after their welfare, not because God won’t listen to our pleas otherwise but because it is how God expects us to live in the service of his Kingdom, following in the footsteps of Jesus, our Saviour & Lord.

Two of the hymns I enjoy singing are ‘Jesus is Lord’ (above) which helps me to revel in the glories of God’s creation and Fred Kaan’s ‘Help us accept each other’ (below) as this challenges me to see God’s glory in the face of people in need and each in their own way encourage me to respond to the Lordship of Christ in the world.

No Anchor But Jesus