What are BLM Protests Teaching Us? 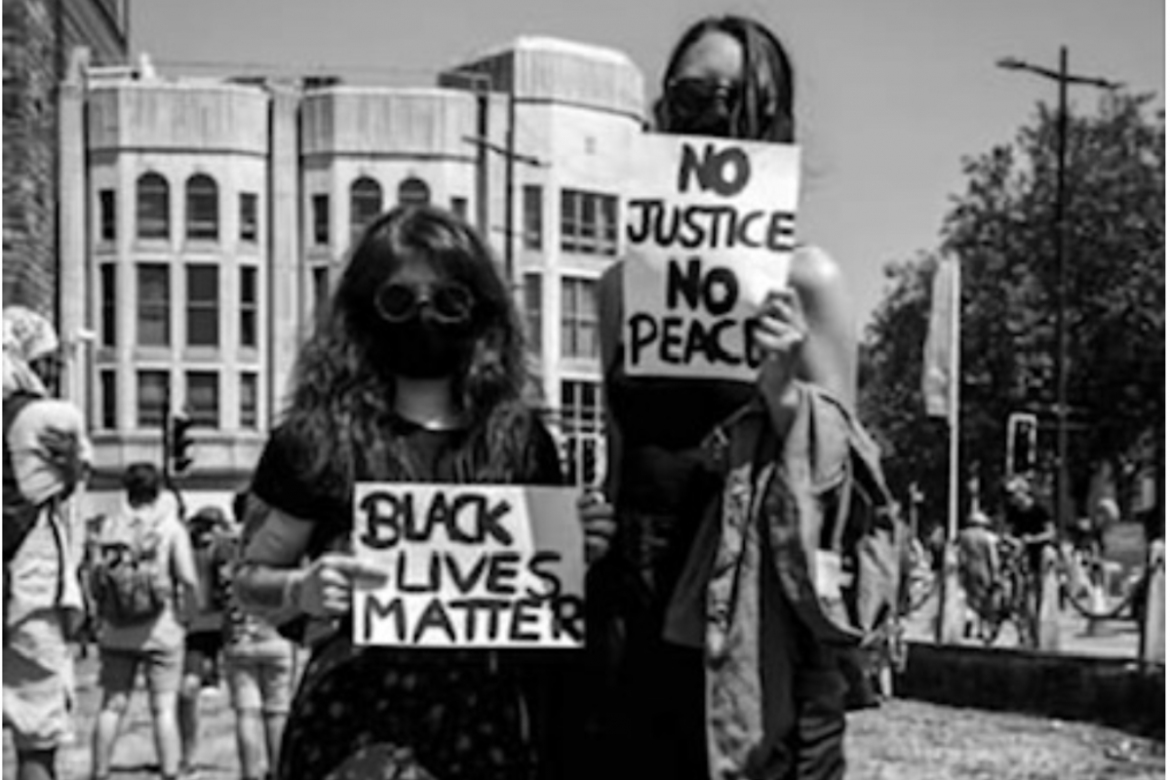 The photo above is my daughter and her friend at the BLM protest in Cardiff on Sunday 31st May.

There are many prophetic posts and articles about how the next “wave of revival” will be led by young people. Revivals are always led by young people and I believe this is because God wants to stay relevant to the prevailing culture, whether us oldies like it or not.

In North Wales, where I live, last year we commemorated the hundredth anniversary of the last big revival in Wales. That revival was led by young people, and interestingly curtailed by older people. But the majority of the people who led these services and gatherings calling for a new wave of revival were older people, middle aged, my age. The services were conducted in a way we all like – words, prayers, songs, talk, all led by the man/woman at the front, with little space for someone else to react, question or interject. It is how we have grown to know and expect church to be. Are we willing to change not only what we think church services should look like but to let this expect “wave of young leaders” mould church their way? There’s more to it than faster, louder songs and a more catchy preach.

I have noticed the Black Lives Matters (BLM) protests that a high proportion of the people attending aren’t just going along to the protests but are reading and researching the issues. They are then posting and sharing on social media the things they are learning. Things are very different from my protesting days! Sharing and connecting and finding information is so much easier and more varied. Interestingly I noticed that many of those protesting against the BLM marches were white middle aged men, who did seem ignorant of some of the facts.

I believe, if we really do hope for this revival that has been prophesied, not just the older generation, but the younger ones who’ve got used to “how to do church”, need to back off, let go, and also gain some in-depth and varied knowledge on our faith, [which I do see happening in some ministries] because when these young people grab hold of God they will want to know the whys and hows and whats. Are we ready for that? Are we ready to let go? Are we ready to educate ourselves in what we believe? As it says in 1 Peter 3:15 “Always be prepared to give an answer to everyone who asks you to give the reason for the hope that you have. But do this with gentleness and respect,” Note it says “to everyone who asks”. We need to learn to wait until the questions are ask and only answer what is being asked not what we have our stock answers already prepared.

The crux of the BLM protests seem to be about changing attitudes to race but if you listen there is more. There is a challenge to look at our attitudes regarding sexuality, relationships, and life in general. All those things many of the older generation, especially the white middle classes, are stuck in thought patterns of what’s right and what’s wrong that have never been questioned. I have noticed if I spend time with a radical young person I am pulled up on things I didn’t even realise were racist or sexist. How are those who have been in Church for a long time going to able to cope when this rising younger generation talking of God as She or It or They? 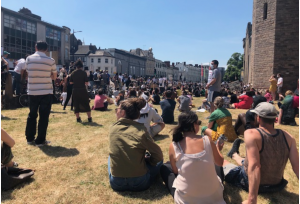 The young people will not only lead but they will revolutionise how we think and feel if we let them. I believe some older church members, church leaders and even those who prophesied this wave, may not be willing to accept these changes.

A prophetic word that came out at the outbreak of Covid-19 was that this would be a time to “reset”. Perhaps this is part of the rest – a rethink of our attitudes to each other. Maybe this is a subject for my next blog?

(All photos by Tabitha Cromie, used with permission)

Welcome Diane to the Godspace Team of Writers! Check out her bio here.

The above post was taken from Aspirational Adventures. Diane’s blog is Barefoot At the Kitchen Table.

Finding Beauty in the Ashes of Lent Virtual...

Thanks for this!I love your posture and curiosity. I am challenged right now to listen with curiosity, and to hold off on having opinions for a little while in the interest of hearing and understanding. May we take on the humility of Christ as we move forward.