I am drawn to light, of all kinds, in all shapes. I am pulled towards the symbols and manifestations of the Great Light. And yet, paradoxically, through chronic ill health, I am often dragged into the most shadowed places within. The darknesses of depression are a constant companion lurking not far from my surface, but this very presence of darkness also provides a constant metaphor for my seeking of the Holy. I long to behold the face of God in these places where, as Barbara Taylor Brown summarises, ‘Dark is not Dark to God’. Over the years it has become clear that in order to examine the nature of Light I often need to stand still in a place of contrasting, but corresponding, shadow.

As I come to the time in the annual calendar when I can join the millions reaching back down the centuries to mark this summer’s Solstice, I find myself contemplating how the roots of the word ‘solstice’ might illuminate a continued Covid-19 lockdown for my parents and I, as we continue to shield one another. Solstice is derived from the Latin root words sol (Sun) and sistere (to stand still). As a contemplative photographer, Sol is often my sole subject, as I play with perceptions of things others often overlook, as I draw attention to the revelation of Joy in a colour, or Peace in a shape. I seek out the places where, in my own immediate context, the Sun has made herself visible, and by Grace, can be encountered in the shrivelling of a leaf as much as in the blooming of a daylily. 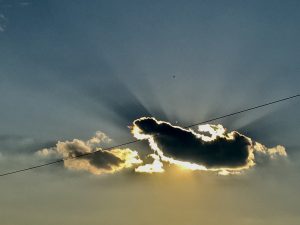 Just as over the last few years I have learnt to welcome and accept the gifts of midwinter through celebrating the winter Solstice, the shortest day, as ‘Blue Christmas’, so I am aware of a balancing need to recalibrate my appreciation of the longest day. Noticing how light passes by and through me when the earth’s axial tilt towards the sun is at its greatest (in relation to the northern hemisphere), is not something to which I normally consciously remember to pay attention. Perhaps this is because I associate the summer Solstice so strongly with seeing the dawn, and normally, seeing dawn is problematic for me. Dawn is indicative of the fact I haven’t been able to sleep and is a sign of a rough day ahead, rather than what I long for it to be: a purposeful invitation to rise up with energy to enter the new day’s beginning.

I have long been fascinated by the mystery of Solstice rituals and myths surrounding Stonehenge, awed by ancient practices and connections. I am drawn towards the idea of celebrating seasonal cycles, and making my own thanksgiving rites so that I do not take the sun’s blessing on the earth for granted. Stonehenge’s alignment of certain stones in certain lights at particular moments of the year offers a thread of connection back to my Neolithic ancestors who seem to have been drawn to the place as a sacred spot to honour their ancestors in their turn. I am drawn towards the stones themselves, particularly those which literally become ‘ringing rocks’, mined in the far west of Wales, a land where some of my own ancestors were born. These Welsh ‘bluestones’ have old legends of healing attached to their peculiar acoustic properties, so it’s not difficult for me to make imaginative leaps, seeing how varying ritual alignments of light might bring shifts in meaning through thanksgiving to healing to blessing. For obvious reasons, being healed by the Shining One is one of my prayers of longing. 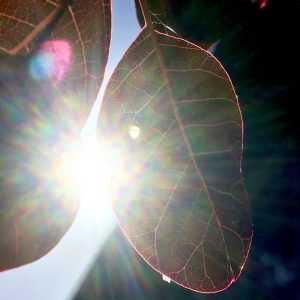 As I wrote at Beltane, the metaphor of fire has kept cropping up for me throughout the Resurrection season so perhaps this year, if I cannot get up at sunrise, I might join in with another Solstice tradition and light a fire at sunset? Hildegard of Bingen saw fire as the element associated with the South, and so with abundance, with energy, with power, with passion, and ripening. Fire could be the prompt I need to align myself with these qualities in this season of my life.

By conflating the Pagan and Christian calendars, marking Solstice (21/22 June) as the celebration of the start of summer, often became confused with St John’s Day (24 June), which marked Midsummer. During the Medieval period in England a ritual of lighting three ‘St John’s fires’ became popular, with one of these being a huge burning wheel, which was rolled downhill in a dramatic demonstration symbolising the sun’s turning. The festivities using light and fire on St John’s Eve marked the counterpoint to those used on Christmas Eve, making literal links between the birth of John the Baptist and the birth of Christ the Light-bringer, six months later (25 December).

So my Solstice celebration this year might act like a plumb line dropped through history; across space and time my stillness might join with that of others before the Light of the World. Solstice might present an opportunity for me to align myself anew, so that the dawn might brighten my soul, so that the midday might give me strength in its blazing.

In the fiery heat of summer, how may I fan my kindled flames into passionate outpourings? How might my small store of energy be amplified by the power of the Light which is infinite? How might I allow this abundant Light to flow through me, to overflow for the good of those around me?

As I stand on the threshold of summer, the season of slow ripening, may I raise my face to absorb God’s Glory. As I encounter the Creator, may I bow down, aligning my whole body with God’s Will. As I am raised up by Grace once again, may I rise impassioned and envisioned, filled with light distilled from shadow, ready to serve and ready to bless:

The Lord bless you and keep you

the Lord make his face to shine upon you, and be gracious to you

the Lord lift up his countenance upon you and give you peace. 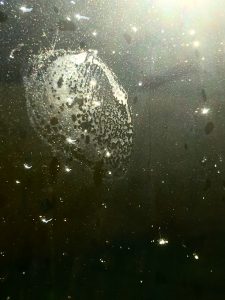 Contemplative Service In the Spirit of Taize From...

Contemplative Service for Racial Reconciliation and Peace for...