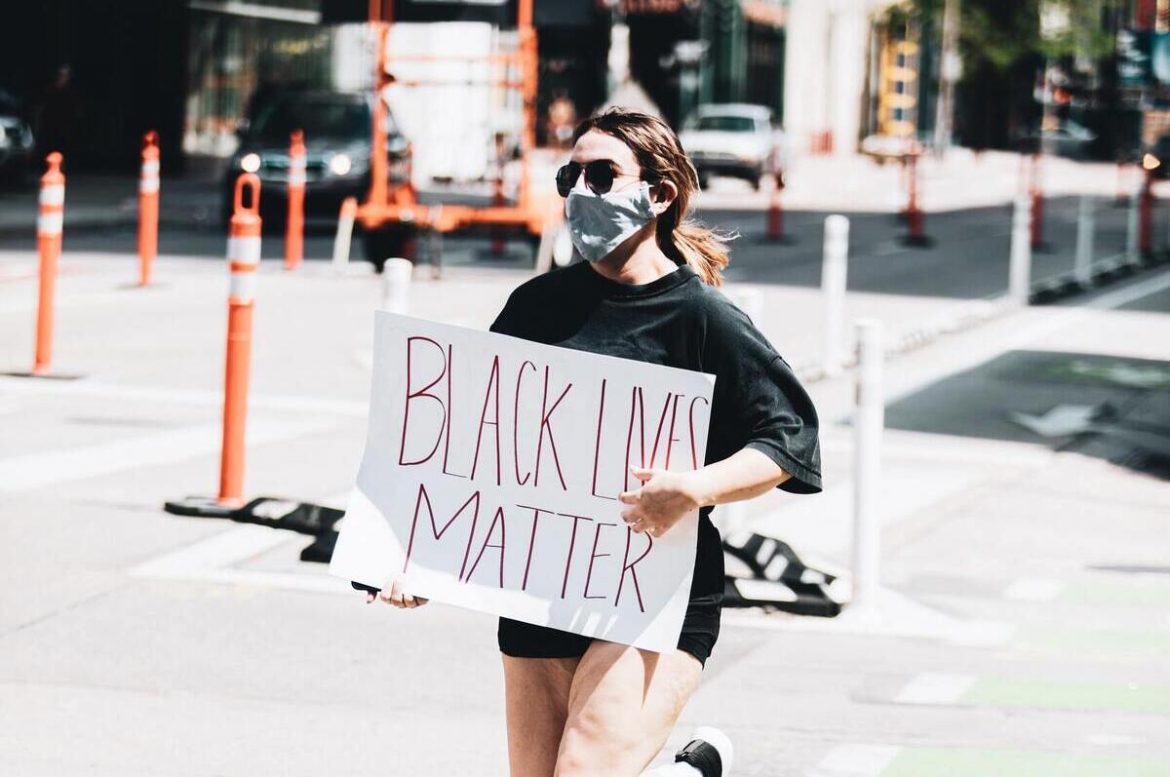 I suspect that most of us have been surprised by some of the widespread protests in the US this past week. I am sure that most readers are grieving the death of George Floyd that sparked many of the protests. Pray for his family. I also join those who are disappointed by the few people that are using these important protests for racial justice as an opportunity to loot and destroy.

We are racing into an increasingly multicultural and multiracial future in America. Gen Z is much more richly multicultural than any prior generation. This pattern will continue as we race into the 2030s and beyond.

I want to introduce you to a church that not only began celebrating but also welcoming this richly multicultural future back in 2000.

However, first I want to try to enable my white readers to realize a bit of how difficult life is for many of our non-white neighbors. I want to introduce you to my good friend, Caley. We first met when we started working together as social workers in Portland, Oregon way back in the 60s.

Caley and I became best friends, getting together after work, and he also came to my wedding to Christine some years later. After 2 years, Caley took a job with Portland Adult Probation.

When we were heading to lunch one afternoon in his new Chevy, a police car pulled us over. Caley immediately pulled over, rolled down his window and put both hands on the top of his steering wheel. The officer started asking him questions in a very aggressive tone. “Where did you get this car? Do you have insurance? Do you have any drugs in the car?”

As soon as the officer saw the second license, he realized Caley was a colleague in law enforcement, his attitude abruptly changed. He gave Caley back his licenses, shook his hand and wished him a good day.

I asked, “What was that about?”

Caley explained that I had just witnessed ‘driving while black’. “Did you notice that as soon as I stopped I immediately put both hands in plain sight. Parents train their black sons how to avoid situations that could place them at serious risk.”

Even though I was raised in a multicultural neighborhood, I had no idea how different life was for Caley and for other black males. I have made it a point since then, as an old white guy, to learn more about what life is like for our growing number of neighbors that are from other races and cultures.

Back in 2000, leaders in the Evangelical Covenant Church realized America was rapidly becoming a richly multicultural society. They made a remarkable decision to set a goal for the Covenant Church, that was a predominantly white denomination from Swedish background, to become richly multiracial.

Then they created a new church planting initiative to plant almost exclusively multiracial churches. As a consequence, since 2000, they not only have a much richer cultural community, now they are one of the few non-pentecostal protestant churches in the US, that is still growing.

In 2020s Foresight: Three Vital Practices for Thriving in a Decade of Accelerating Change, Dwight Friesen and I document how they are equipping leaders in the Covenant Church to thrive in an increasingly multicultural America by creating a remarkable bus trip called Journey to Mosaic.

They invited those on leadership to take a bus trip with other leaders. The Journey to Mosaic Bus Trip begins by spending a weekend with a black Pentecostal congregation in Oakland, California hearing their stories and struggles. Then they get back on the bus to spend a couple days with Hispanic farm workers in Fresno to learn how they and their families are doing. Their final stop is meeting with the rapidly growing multiracial homeless population in LA.

After each stop, leaders sit next to one other person on the bus, from a different cultural background, and process what they just experienced. Reportedly, it’s often particularly helpful to white participants to become more aware of what others are experiencing. Believe me, we all have much to learn.

Isn’t this a remarkably innovative way for followers of Jesus to prepare to lead their churches into America’s richly multicultural future? Please comment, I welcome your responses.

PRE-ORDER~ Tom Sine and Dwight Friesen’s book called 2020s Foresight: Three Vital Practices for Thriving in a Decade of Accelerating Change will be released in September 2020 by Fortress Press. 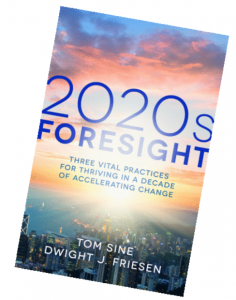 Meditation Monday – How Do We Respond?