Every Easter I feel a certain dissonance. The nature analogies (mainly English) for Easter carry little meaning where I live so I wrote the following to think about the church seasons in relation to my local seasons.

Every Easter many people notice the parallels between Jesus’ resurrection and Spring in the Northern Hemisphere where the sudden and dramatic birth of Spring is a powerful metaphor for Jesus’ rising from the dead. So, for example, flowering daffodils have become a traditional symbol for the Easter season.

Where I live, on Noongar land (South Western Australia) spring bulbs don’t flower at Easter but around September and, in tropical and temperate regions like Australia, there is no sudden change from the desolation of winter to the rebirth of spring. There are just two seasons in the sub-tropics -Wet and Dry, and in temperate regions the ‘rebirth’ of spring is not a useful symbol of Jesus’ resurrection for there are few flowers in March/April.

The changes of season occur so gradually in South Western Australia, where I live, that the Noongar people, who have lived on this land for sixty thousand years (!!!) identified six seasons to describe environmental changes. These seasons are marked by gentle, subtle changes in nature. However, there are many powerful plant metaphors for Jesus’ death and resurrection at Easter on Noongar land. 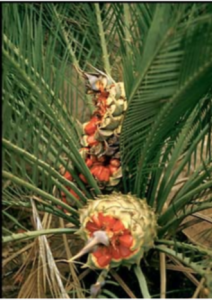 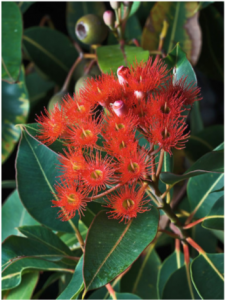 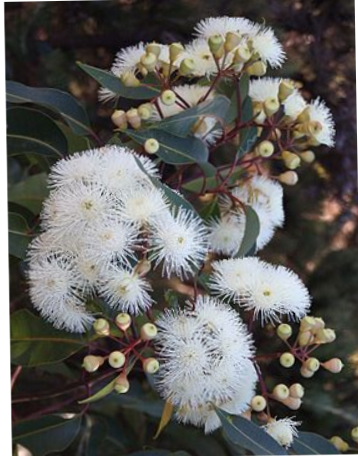 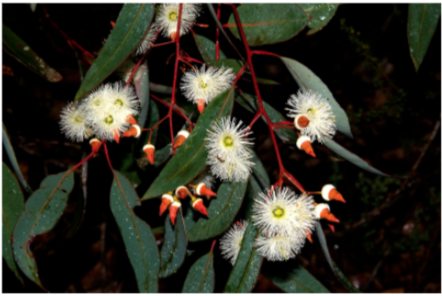 In March and April, it is during the season of Bunuru (the time of adolescence) followed by Djeran (the time of adulthood). During this time, nature remind us of the cross of Christ through the flaming red Zamia nuts (Macrozamia riedlei) and the spectacular flowers of the Red flowering gum (Corimbia ficifolia). The white flowers of the jarrah and marri trees remind us of the freedom and victory of the resurrection.

On Noongar land, we must wait through a season of rain (Makuru, June -July – the season of fertility) to observe the effects of Easter. During Makuru the bush has few flowers, but the plants, during the rain, chill and darkness of winter are preparing for the floral abundance of Djilba and Kambarang (the spring seasons – August to November). During  Djilba (conception) and Kambarang (birth) the bush bursts into flower. It seems, on Noongar land, that land’s spectacular floral display relies upon Easter rains and It is during the season of Pentecost, celebrating the gift of the Spirit, that nature here celebrates the results of season of Easter. For instance, consider the local daisies, commonly call ‘everlastings’ (Rhodanthe chlorocephala). In the dry northern Noongar lands, these ‘everlastings’ form a spectacular flower carpet during July/August to welcome the season of Pentectost. These ‘paper’ daisies are called ‘everlastings’ because, if they are picked at the time of flowering and dried, they retain their colour for many years. The local ‘rule’ is that “if it doesn’t rain by Easter, don’t bother travelling to see the flowers in the Northern Wheatbelt. They won’t be there.” These beautiful flowers are just one of hundreds of species of flowers endemic to Noongar lands, identified as one of the world’s biodiverse hotspots.

The Spring flowers on Noongar land provide a wonderful annual reminder of the everlasting  effects of Jesus’ death and resurrection at Easter through the gift of the Spirit at Pentecost. 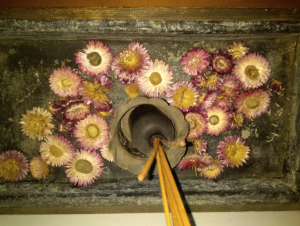 What annual ‘nature’ reminders of Jesus’ story do you have in your local area?  Give thanks!

FreerangeFriday: Journey to Pentecost 2 & Ways to Celebrate at Home