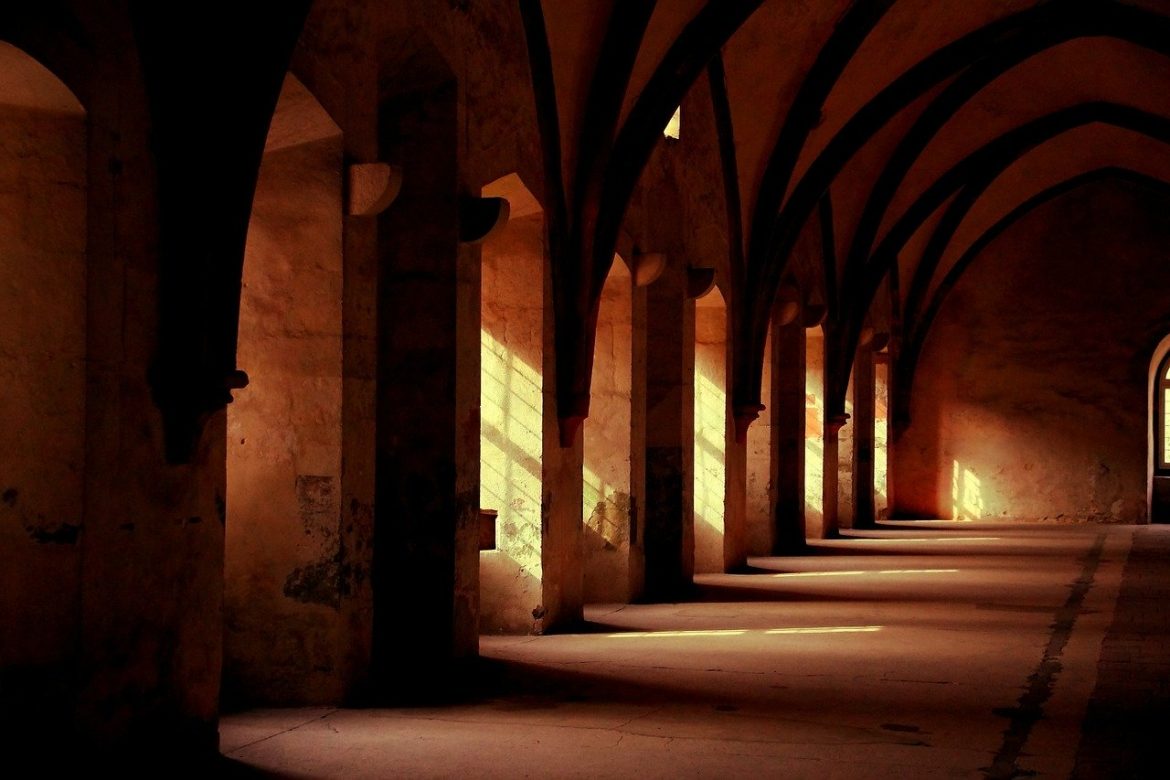 May 26th is the feast day of the Venerable Bede who was born around 673 AD.  The first we hear of Bede is as a 7 year old sent to the abbey of Monkwearmouth to be educated by the abbot Benedict Biscop, a well- travelled cleric who often visited Rome, taking illuminated manuscripts from  Northumbria and bringing back books for the monastery, along with that at their sister house at Jarrow,  to which Bede was later sent under the tutelage of Abbot Ceolfrith, and their library was known as one of the greatest in the Anglo-Saxon world. In 686 a plague broke out and  many of the local population including all of the monks at Jarrow died, apart from Ceolfrith and Bede. Bede was later to refer to it in one of the many books he wrote, which included the lives of the Saints (such as Aidan & Cuthbert) and his now famous ‘Ecclesiastical History of the English People’. 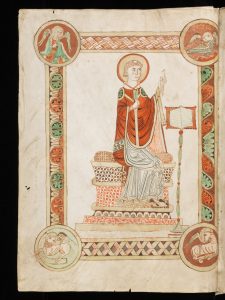 One of the amazing things I find about Bede that seems relevant to us today is that he made very few journeys and rarely left the monastery where he lived yet his writings were well-known in his own time across the whole of Europe and became stalwart reference books for people like Alcuin of York, who was invited by the emperor Charlemagne to be the leading scholar and teacher in his court.

In our times of the coronavirus ‘plague’ when so many of us are only able to leave our homes occasionally I find it heartening that the faith of this devout man had such a resonance at home and abroad, despite him being in ‘lockdown’ most of the time in his monastery.  He still performed his daily chores and stopped for times of prayer, yet his insatiable thirst for learning, spreading his faith and encouraging others from the sanctuary of his own home kept him busy and his example even in his own time was a blessing to many.

Not all of us  are called upon to write classics of English Literature but, as fellow followers of Jesus, we are also called by God to serve faithfully wherever we are and whatever circumstances we find ourselves in – whether doing chores, making times for regular prayer, or serving our neighbours and society in any way we can. One of Bede’s most famous prayers is still used regularly at St Paul’s Church, Jarrow which stands on the site of his monastery:

The Prayer of St. Bede “I implore you, good Jesus, that as in your mercy you have given me to drink in with delight the words of your knowledge, so of your loving kindness you will also grant me one day to come to you, the fountain of all wisdom, and to stand for ever before your face.” – See more at http://www.stpeters-wearmouth.org.uk/.

In my home church we sometimes sing an ascension hymn, A hymn of glory let us sing’ written by Bede (who wrote a number of hymns, including some music).

1 A hymn of glory let us sing!

New hymns throughout the world shall ring.

Christ, by a road before untrod,

ascends unto the throne of God.

upon the Mount of Olives stand.

And with his faithful followers see

3 To whom the shining angels cry,

‘Why stand and gaze upon the sky?’

‘This is the Saviour!’ Thus they say,

‘This is his glorious triumph day!’ Alleluia! (x5)

all praise to you let earth accord;

You are, while endless ages run,

with Father and with Spirit one. Alleluia! (x5)

Meditation Monday – The Gift of Strawberries

A Contemplative Service for January 29th, 2023

A Contemplative Service for December 11, 2022