Good Friday: Simon of Cyrene – who was he? 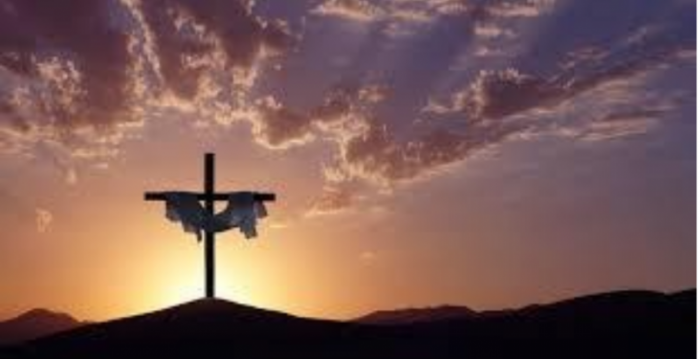 In the run up to Holy Week, my interest was sparked by a short reflection on Simon of Cyrene by a United
Reformed Church Daily Devotion written by a retired minister, Revd Julian Macro and it prompted me to
explore a bit more about this unknown man who played a key role in the crucifixion story on Good Friday.

Simon was probably a countryman, not a city dweller, who had come to Jerusalem to celebrate Passover.
Cyrene was a Greek city in the Province of Cyrenaica in North Africa , now eastern Libya, where a large
community (about 100,000) of Judean Jews had been forced to settle in the time of Ptolomy Soter, a
companion of Alexander the Great and ruler of Egypt, who lived between 323 – 285 BC.

So this foreigner, who came from a far flung corner of the Diaspora of Jews scattered across the world,
found himself among the crowds jostling alongside Jesus as he carried his cross to Golgotha, the place of
the skull, a place of torture and death. Most likely Simon never meant to get caught up in the event- not
many people would have wanted to be there by choice, propelled along by the throng, pushed about by the
soldiers wanting to show as many folk as possible why it didn’t pay to defy the Roman authorities. So a
bemused Simon joined the spectators watching the condemned criminals carrying the cross-pieces from
which they would hang in crucifixion. What was Simon thinking when, with no warning, he was dragged
from the crowd and made to carry the heavy burden?

Mark names Simon and his sons, Rufus and Alexander, which leads us to think that they were known to
Mark’s first readers, presumably as members of the early church community. (They are mentioned in Paul’s
letter to the Romans also). May we assume that watching Jesus as he went to his death had such a
profound affect on Simon that he and his family linked up with the followers of Jesus? Simon did not
volunteer to take up the cross and follow Jesus but was forced to do so. He had no choice. Yet, willing or
unwilling, it changed his life.

There is a wonderful painting by Unison Seiger Koeder that shows Simon shouldering the cross alongside
Jesus, taking the weight on his shoulders. A wonderful gift for the Son of Man who so often shoulders our
burdens alongside us and who reminds his disciples that his yoke is easy and his burden is light when we
are yoked together with him. (Matthew 11:29)

If we feel trapped in a situation not of our own making we may like to remember this story and ask
ourselves who can we offer help to, either in practical ways or by prayer? Who do we know who have no
choice today but to take up their cross unwillingly through illness, infirmity, unemployment, homelessness,
abuse, wrongful imprisonment, starvation or slavery and the many other causes of concern in our world?
As we walk the way of the cross with Jesus on Good Friday and in some small way share in his suffering,
as Simon of Cyrene did, let us remember them too and offer them to God in our prayers.

One of my favourite old hymns is ‘Take up thy cross the Saviour said’ which we often sang in church on
Good Friday when I was a child. May you take these words to heart today.

Good Friday: the cross as a revelation of divine love

I have written the following about being yoked with Christ: Matthew 11 vs 28-30. I picture myself thru the right opening of the yoke: With Jesus in the left. A yoke is a large wooden frame shaped like a pair of eye glasses.. In this position it is Jesus that takes the greater force of a burden which leads to me His yoke is “easy and light.”
The poem in this message states the same thing that it is Jesus that takes the strength when one takes up his cross..
My definition of a cross is every time there is a decision to make there is a choice to obey the Bible truth, which may be
difficult, or decide what your mind wants to do apart from the Bible truth. So, it is easier to follow the Bible way is to recognize that the Holy Spirit is with you as the spokes person for Jesus.

This is how I handle a burden to be turned over to Jesus: I take the burden and begin to mourn with tears:Like now for the salvation of my granddaughters and grandsons.. After mourning for 3- 5 minutes or more: the burden felt in the pit of my stomach (where my spirit lies) turns to peace which is the answer to Matthew 5 v 4. I am comforted Then, I believe such a burden has been given to Jesus!