Meditation Monday – Don’t Forget the Others 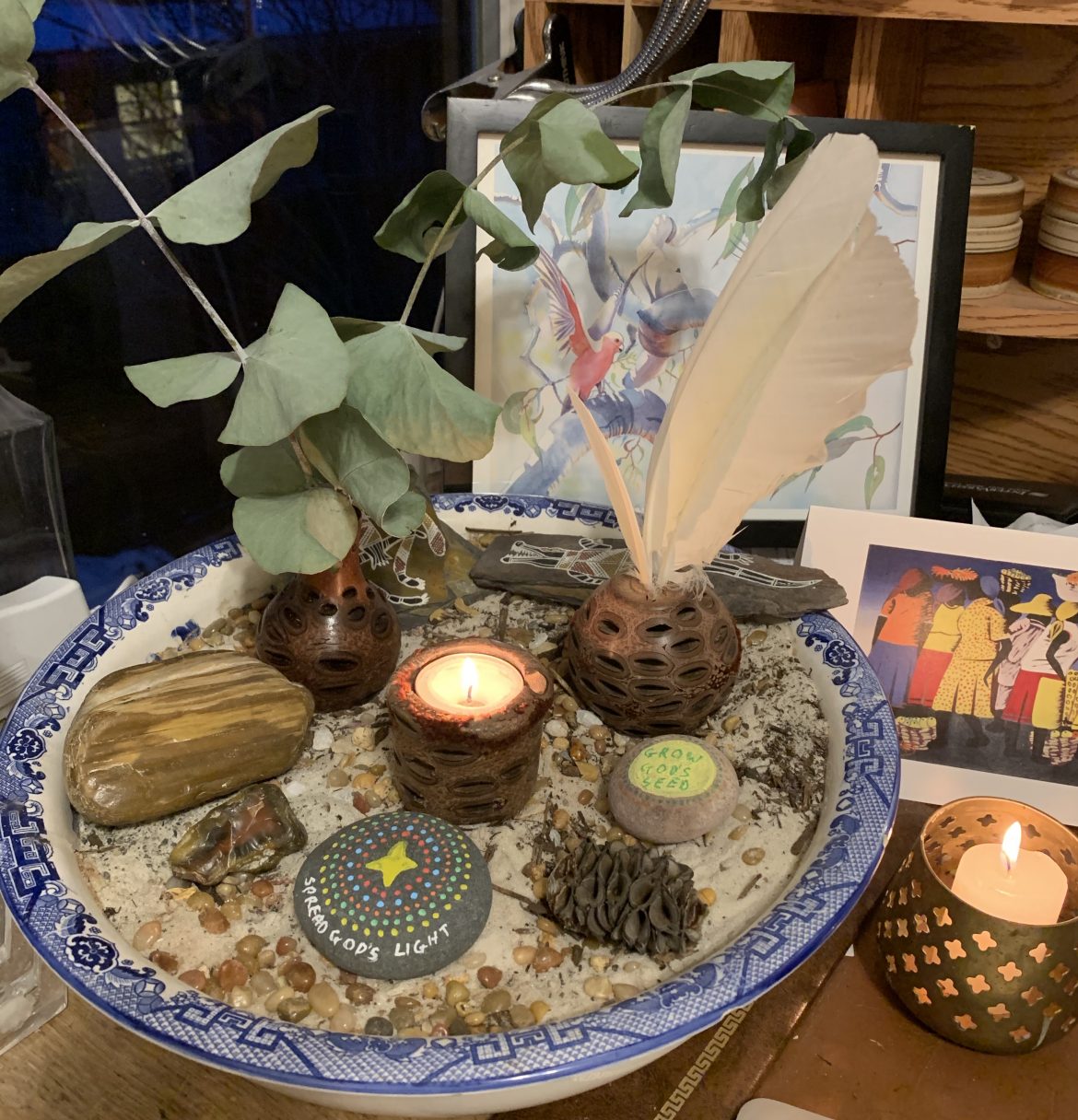 I have just created a new contemplative garden. This one has an Australian theme and is surrounded by some of the photos and artwork that I have from Australia. It probably doesn’t surprise you, as, even though there has now been rain in many of the worst effected parts of the country, the consequences of the fires are still to be both evaluated and dealt with. There is much to do and so much that provides a focus for prayer, meditation and contemplation as I move through this season of Epiphany.

Evolution of A Contemplative Garden

It all started when a friend gave me a bunch of eucalyptus leaves as a gift of empathy when the fires were at their worst. Hmm I thought What a wonderful centerpiece for a new contemplative garden. Consequently this garden has some rare unique features to it. The vase, tea light and feather vase are all made from banksia pods, one of my favorite unique Australian flowers.  One vase holds the eucalyptus leaves, the other some cockatoo feathers I brought back from Australia. Behind the vases are a couple of aboriginal paintings and behind those a painting of galahs one of my favourite Australian birds. In front is an untouched banksia pod, and a couple of rocks I picked up in Australia many years ago. 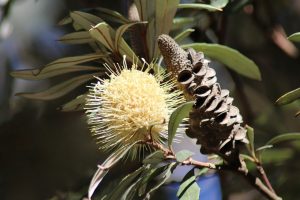 The garden itself looks barren, though I am about to scatter seed which I will water each week with the hope that they will germinate and bring life to the garden.

The recovery of the Australian bush will take years, and the trees will always bear the black scars of fire. Some of the forests will regenerate. In fact the process has already started. One of the wonderful things about eucalyptus trees is that the outer bark may burn but the tree itself regrows after the fire. And some of the grasses seem to need the fire for their survival. 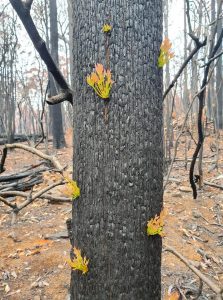 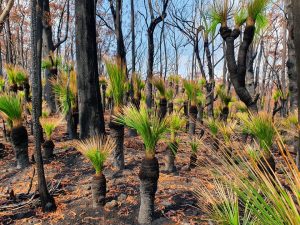 Much of the forest will not regrow, and of course the people and the animals that have died will not return. But the forest  will be renewed and as I pray, that is what I pray for.

Meditation on a Garden.

As I sit in my sacred space each morning these are the thoughts that have lodged in my mind and provided many minutes of prayer, contemplation and inspiration each morning.

When fire burns it leaves scars that never go away. If you walk through a eucalyptus forest five years after a bushfire has swept through it looks untouched on the surface but when you get close the blackened scars are evident. The tree has survived in spite of its traumatic past and is probably stronger because of it. Trauma can cause our lives to become stronger too. And it is often out of the scars that the new leaves and the new life grows. It reminds me of Leonard Cohen’s song Anthem and the post I wrote several years ago reminding us to stay close to the cracks because it is in the cracks, the broken places of our lives, where violence flares and pain cries out that healing also happens.

Catastrophe brings out the best in people. I am reading so many incredible and inspirational stories of how strangers worked tirelessly to help save lives and homes. Some gave their lives. Others gave up their jobs and their livelihood to help. It reminds me of when I read A Paradise Built in Hell: The Extraordinary Communities That Arise in Disaster. This I believe is the image of God deeply rooted within each human being. It wells up and bursts forth in the most awful situations.

In the midst of pain and suffering there is always sharing and caring. The outpouring of money from around the world for the firefighters, for those that have lost their homes and for the animals that have been injured is heartwarming. Like many of us I have been particularly touched by those who are knitting socks for koalas and pouches for kangaroos. Their efforts say I feel your pain and I want to do what I can to relieve it.

There are other beautiful forms of sharing too that have become apparent in the aftermath of the fire. I love the story of the wombat burrows that evidently stretch over long distances and probably provided shelter for a diverse array of animals during the fires.

Don’t Forget the Others. It was my birthday on Saturday and I had planned to do a Facebook fundraiser for the bushfire victims, but then I received a card from friends who work in Haiti, and I felt God say – don’t forget the victims of earthquakes and hurricanes in Puerto Rico, many of whom still lack housing, Don’t forget my friends in Haiti who have worked for 10 years to alleviate the suffering of that earthquake. And don’t forget the work my friends do in Juarez Mexico through Arrow Outreach to provide educational scholarships for young people to help move them out of poverty. (The latter is now my Facebook fundraising appeal so maybe you would like to respond.) 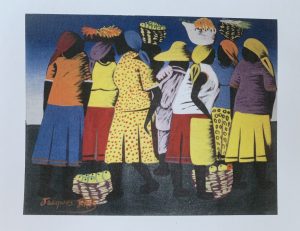 The promise of newness beckons even in the most challenging situations. It reminds me of the prayer I wrote for New Year’s Day 2019 which begins

The promise of newness beckons
like freshness after the rain.
Let it rise from the ashes of the past,
Hope where none seems possible.

When we have faith there is always hope and promise.

In the last couple of days I have been looking for images of hope and promise in the aftermath of the bushfires. I have relished the photos like those above posted on facebook by my friend David Knox of the regrowth that has already begun. I have also enjoyed articles like this that speak of the unexpected efforts that firefighters have gone through to save special parts of our creation heritage. More than anything I am deeply touched by this photo of a little boy who is rejoicing in the rain that he last saw six months ago. In many ways it says it all. Rain will come. Delight and joy in God will return to even the most damaged landscape and damaged person. 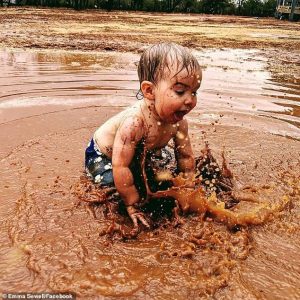 What Is Your Response.

Prayerfully spend a few minutes meditating on the image above.

When was the last time you felt a fire had swept through your life? What scars do you carry that indicate where God might want bring new growth?

Where has the rain fallen and the joy bubbled up from within?

As you think about this what is your response? Write a prayer, sing a song, draw a picture, get up and dance. Allow the loving presence of God to embrace you.

You may enjoy this song, Christine? https://www.youtube.com/watch?v=3XhDGkg8SpQ