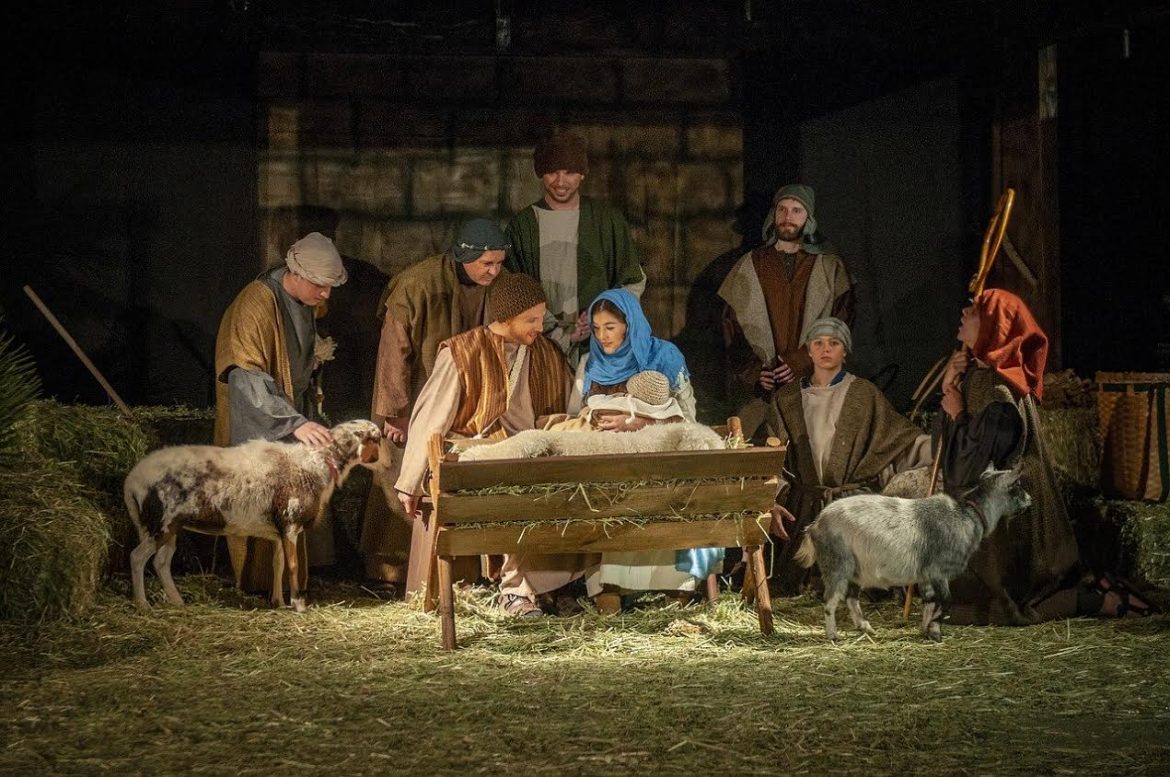 When I contemplate becoming like the Christ child, as Christine has asked the Godspace community to do this Advent, vulnerability is the first thing that comes to mind and heart.

That God’s child might begin again as all his children do, as a baby growing within a womb, is almost too astonishing to take in. Truly it is a thing of wonder, that the one through whom the Universe was created would become incarnate in such a vulnerable fashion.

To begin with, getting from conception (even by the Holy Spirit) to birth is a long and perilous journey. So many tiny lives that don’t make it, for whatever reason. God signed himself up to that, he came into even that possibility. He opened himself up to that kind of pain, to death itself. In a way, that was what was always going to happen, because the world would kill Jesus one way or another. And you might say, that’s ridiculous, God knew he would be born, it was foretold. Maybe. But it was risky all the same. He chose that.

What if Mary’s parents had forced her to eat certain herbs because they were afraid of shame? What if they had disowned her? What if Joseph had not listened to the angel and left her all alone in the world? What if she had said no to God’s request?

The what ifs are endless, which is partly why pregnant women feel vulnerable too. Their bodies are doing something new and amazing, they are pouring all their strength into a love that is yet unknown, for a person who will change their lives forever. In a way, that is how we all begin to experience Christ growing within us. As Eckhart famously said, “We are all meant to be mothers of God, for God is always needing to be born.” The world needs the Incarnation now as ever, Christ’s body to be unified and loving, nurturing and tending the world he helped create.

Jesus stayed with those who were vulnerable his whole life and ministry. He opened his heart up to those who were weary of the system, who didn’t have any power, who were the lowest in status. I’ve seen a few articles recently telling us that this vulnerability which is being talked about now, largely due to the research and popularity of sociologist Brené Brown, is not about weakness. That it requires strength to be truly vulnerable, to lay ourselves open to the risk of a powerful honesty that might get us hurt. That’s true. But it is also about weakness. It is about siding with the small, living and suffering with us in our uncertainty and inability.

God with us, Immanuel.

“9 But he said to me, “My grace is sufficient for you, for my power is made perfect in weakness.” Therefore I will boast all the more gladly about my weaknesses, so that Christ’s power may rest on me.” 2 Corinthians 12:9 NIV

The Light of Life Shines into the Darkness...

My Unexpected Symbol of Advent

Meditation Monday – Who Protects the Vulnerable?

freerangefriday: Connecting in the Mess of Christmas

Evolution of An Advent Garden