A Mother of Sorrows – Marys Story 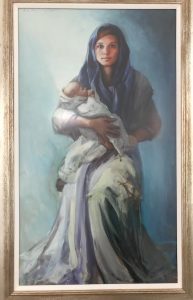 HOW LONG WILL WE WAIT?

A Contemplative Christmas Service in the Style of...

Christmas Greetings from Tom and Christine

FreerangeFriday: Advent, The Gift of Interruption