Awe and Wonder – What A Creation! 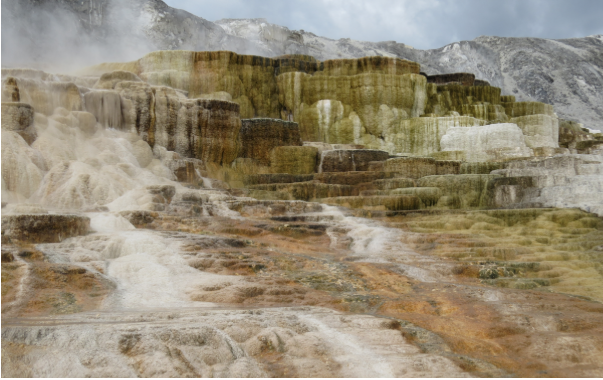 Ideas often pop up unexpectedly for an artist.  Experimenting with a color that just doesn’t work might lead to an unsuccessful painting but suddenly – a ‘light bulb’ moment occurs and wonder of wonders…a brilliant new thought comes to life.  Unexpected accidents have the potential to become quite awesome. 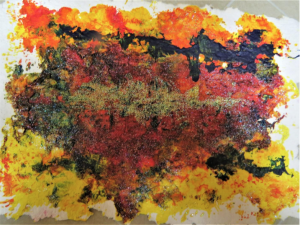 How do ideas come to be planted in one’s mind?  By magic? I doubt that but sometimes, almost from nowhere a creative idea begins to rustle around, stirring up possibilities – slowly, gradually becoming ‘something’.  Maybe it was the colors on a piece of clothing that began the process, or maybe the words to a familiar song or even a memory. The idea germinates and grows. What was nothing has become something!

Ah, the wonder of a creative moment.  I am in awe as to how one’s mind works.  Countless thoughts, memories, ideas in such a small space…awesome!  The wonder of the human mind!

When I begin to think creatively, begin to work on a specific project, I wonder at God’s creative plan as it might have grown from a ‘light bulb’ moment. Colors blended together.  Maybe some sky blue spilled across some sunshine yellow and God exclaimed. “Awesome! I’ll call it ‘green’. It’s just what I need for my next job!” Pieces of texture were added to make it just a bit more interesting.  I become totally involved in the awesome concept of how color works…which I don’t really understand. Just the right color can appear simply by experimenting or maybe it was a spilled cup of paint that ran just where is wasn’t supposed to go.  God might have thought, “A color for spring, another for the sky and maybe something for autumn!”

THE WONDER OF IT ALL.

Genesis 1: 1 – 2 (Amplified Bible) says,  “In the beginning God created the heavens and the earth

The earth was formless and void and darkness was upon the   face of the deep.

(It was a waste of emptiness)

The spirit of God was hovering over the face of the waters.

(How awesome is that thought! )

This place we call home was a formless void, a place of emptiness, a pot of boiling color.  And then – nothing became something. Maybe it was the Spirit who got the show on the road. Some awesome possibilities began to develop from that slow, purposeful hovering.

Time passed.  The earth bubbled and boiled.  The formless began to form. 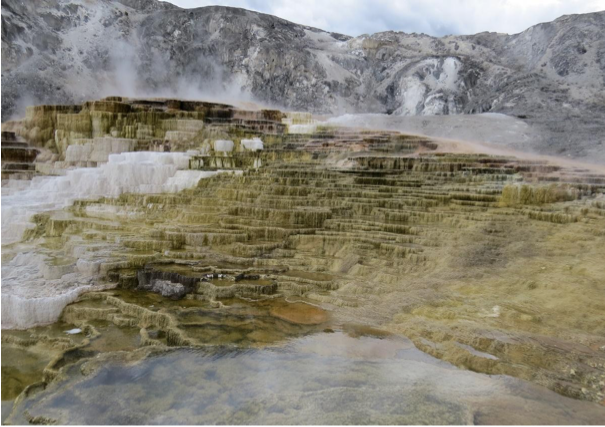 Do you know how something without form might look in the dark sky?

Do you know how the formlessness could slowly, over billions of years, come to be storm clouds and sunsets and thistles in the desert?

How did the prickly pear cactus grow as it did so that some creature might figure out just how it could actually become a meal! 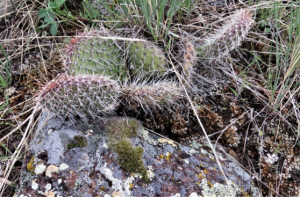 The flowers bloomed and the dew nourished their growth.  Dew, raindrops, rich soil and put them all together…a delicate, lovely flower.  I still remember the song from my Sunday School years… 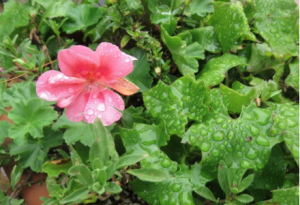 And the people danced in amazement as the world began to move away from its formlessness into something.

Creating was underway.  God was working on my earthly home – the most wonderful building project ever, a world we would continue to hold in awe billions of years later. 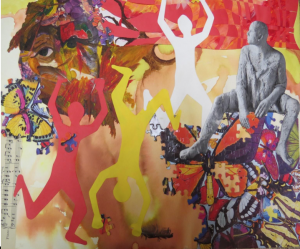 WONDER AND AWE.  AWE AND WONDER!

Consider the vast space of nothing that was about to become my home.  It was to be a place where the Spirit would continue to breathe life into absolutely everything.  A place where even the feathers of the birds are in just the right places. 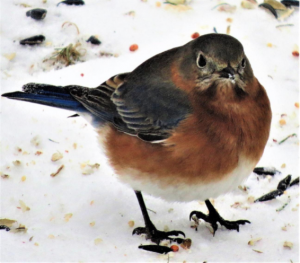 And all the fanciful creatures on land, in the air and coming up from the sea that catch our attention.   The comical monkey, the soaring eagle, the mighty whale. The storm clouds of winter and the first sign of spring; the heat of the summer and the colors of autumn.

Being an artist who is quite captivated with nature, I am also in awe of the magnitude and chaos of the cosmos. I can draw a tree but God created the forest.  I can paint a sunflower but God created vegetation. I am able to throw clay on my potters’ wheel to make a container but God used the clay and created humankind!

I AM FILLED WITH AWE AND WONDER!

But…I must add just one more thing.  If I had been the author of Genesis I would have written about God’s palette of color.  “And God said, “Wow! Look at that color. It will take their breath away!” I think God would have been so enthusiastic with each discovery, “Amazing!  Look at that sunset! Orange is just the right color!”

A shapeless place taking shape.  Something out of nothing. Balance and order.  Strength and gentleness. Large and small.

God’s creating was basically complete when the Creator stepped back, filled with awe and wonder and said, “This is good.  Very Good! Wait! I have another idea!”

At least, that is the way I think it could have happened.

Nominate & get a free bonus packet!

A Reflection on Awe & Wonder