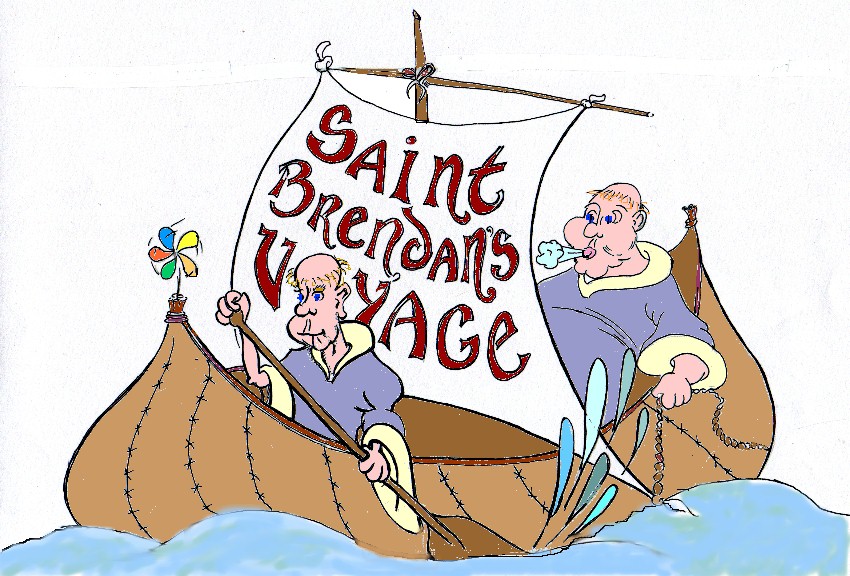 Today (May 16th) is St Brendan’s feast day and as he is one of my favourite Celtic saints (maybe because I lived on a ship for so many years) I wanted to repost this for today. 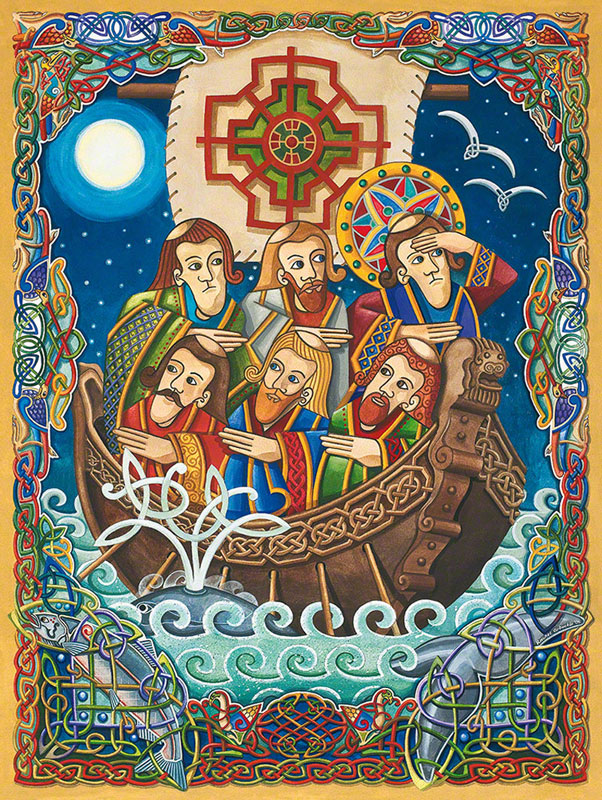 Today’s prayer is St Brendan the Voyager’s prayer. Reputedly he set sail in a small coracle of wood and oxhide from Ireland and ended up in Newfoundland. An amazing achievement back in the 5th century.
Help me to journey beyond the familiar
and into the unknown.
Give me the faith to leave old ways
and break fresh ground with You.
Christ of the mysteries, I trust You
to be stronger than each storm within me.
I will trust in the darkness and know
that my times, even now, are in Your hand.
Tune my spirit to the music of heaven,
and somehow, make my obedience count for You.

Listen too to this rendition of St Brendan’s Voyage

Here are the lyrics:

A boat sailed out of Brandon in the year of 501
’twas a damp and dirty mornin’ Brendan’s voyage it began.
Tired of thinnin’ turnips and cuttin’ curley kale
When he got back from the creamery he hoisted up the sail.
He ploughed a lonely furrow to the north, south, east and west
Of all the navigators, St. Brendan was the best.
When he ran out of candles he was forced to make a stop,
He tied up in Long Island and put America on the map.
Did you know that Honolulu was found by a Kerryman,
Who went on to find Australia then China and Japan.
When he was touchin’ 70, he began to miss the crack,
Turnin’ to his albatross he sez “I’m headin’ back”.

To make it fast he bent the mast and built up mighty steam.
Around Terra del Fuego and up the warm Gulf Stream,
He crossed the last horizon, Mt. Brandon came in sight
And when he cleared the customs into Dingle for the night.
When he got the Cordon Bleu he went to douse the drought,
He headed west to Kruger’s* to murder pints of stout
Around by Ballyferriter and up the Conor Pass
He freewheeled into Brandon, the saint was home at last.

The entire population came (281) the place was chock-a-block
Love nor money wouldn’t get your nose inside the shop.
The fishermen hauled up their nets, the farmers left their hay,
Kerry people know that saints don’t turn up every day.
Everythin’ was goin’ great ’til Brendan did announce
His reason for returnin’ was to try and set up house.
The girls were flabbergasted at St. Bredan’s neck
To seek a wife so late in life and him a total wreck.

Worn down by rejection that pierced his humble pride,
“Begod”, sez Brendan “If I run I’ll surely catch the tide”
Turnin’ on his sandals he made straight for the docks
And haulin’ up his anchor he cast off from the rocks.
As he sailed past Inishvickallaun there stood the albatross
“I knew you’d never stick it out, ’tis great to see you boss”
“I’m bailin’ out” sez Brendan, “I badly need a break
A fortnight is about as much as any aul saint could take.”

“Is it right or left for Gibraltar”
“What tack do I take for Mizen Head?”
“I’d love to settle down near Ventry Harbour”,
St. Brendan to his albatross he said.