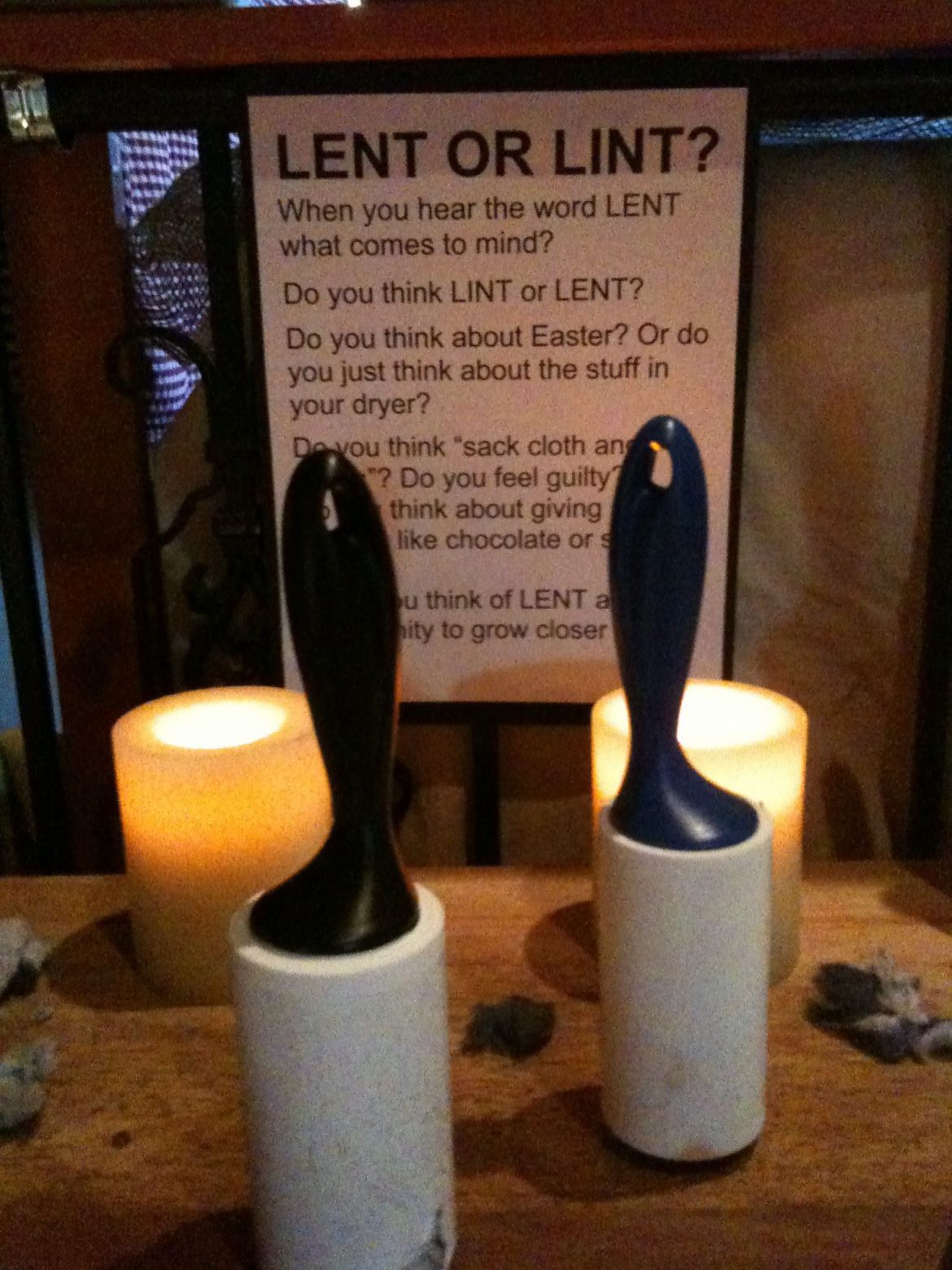 I’ve been fortunate to live in many different places. In one town Lent was what you found in your belly button or your dryer, it was not a season of the Church Year. In another town where we lived, Lenten specials were advertised on every fast food sign offering fish sandwiches on Fridays and there were fish fry dinners offered around town. What about you? When you hear the word Lent what comes to mind? What does the word make you think of or feel?

What if we saw the season of Lent as a MOVEMENT towards LOVE this year?

This is a confession prayer station that I created for a Sacred Space prayer experience long ago and I’ve used it many times since, most recently in a Sacred Space called “MOVE TOWARD LOVE” You can use this prayer of confession on your own, with your family, your small group, youth group, or even your entire church. You can create it as a prayer station or pass around the Lint Brush in your small group or around your dinner table and talk about the Lint, the junk, the sin, that sticks to each of us. If you do it with your entire church or a bigger group, you can create multiple prayer stations around the worship space. You also can do it as a corporate response, by having a Lint Brush on each row and have people pass it down as they pray.

LENT OR LINT?
When you hear the word LENT what comes to mind?
Do you think LINT or LENT?

LINT…the junk that sticks to each of us.
What JUNK sticks to you ?
What is the SIN that entangles you and
Keeps you from where God wants to take you?

What is keeping you from MOVING and starting an Adventure with God?

USE THE LINT BRUSH.

Tell Jesus your LINT.
Give it to HIM.
Ask Jesus to remove it!
He will because He loves you!

MOVE towards LOVE this Lent!

Apps and More For Your Lenten Journey – Updated for 2023

You’re Invited to the Gift of Wonder Launch Party!

What We Hold – Part Two

FreerangeFriday: Pray With Your Cup

FreerangeFriday: Getting Ready for a Sacred Summer