ST. ITA OF IRELAND AND WHAT GOD LOVES BEST 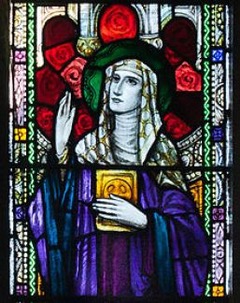 ST. ITA OF IRELAND AND WHAT GOD LOVES BEST

Faith in God with a pure heart

Simple life with a religious spirit

As we are on the threshold of the third week of this new year, we have been bombarded on social media and television with the call to eat nourishing food, lose some excess weight, and begin exercising once again. Some of us may be still faithfully following our New Year’s resolution, but I would venture to guess that quite a few of us have already lapsed and we likely feel a tinge of guilt.

Another resolution, equally, if not more important and often overlooked for this New Year is the call to listen to the Spirit to nourish our soul and to discern what we are being urged to do this year, to do what God loves best.

St. Ita of Ireland might have a soul-resolution suggestion for us. But who is St. Ita?

Who Is St Ita?

St. Ita was a saint living in the western part of Ireland in the fifth century. She was a daughter of the King of the Déisi in Ireland and is the patron saint of Munster. Ita was baptized as “Deirdre,” but was given the nickname, Itha meaning “thirst” because of her thirst for God. Óengus, considered to be the first King of Scotland described her as “the white sun of the women of Munster.” We can assume that is a compliment!

As a sixteen-year-old, legend has it that Ita was led by three heavenly lights to the place where she would become the founding Abbess of the first known monastery in Western Ireland. This monastery was appropriately named Killeedy Monastery, meaning “Church of Ita” Monastery in Limerick.

Abbess Ita’s monastery was a Celtic-style monastery, meaning that both women and men lived on the same monastic grounds serving and worshiping together under the rule of an Abbess.  Her community of faith gave their lives to teaching the young and compassionately caring for the sick, the poor and the elderly. In addition, the community also tended their dairy farm at Cnoc Uí Choileáin (modern-day Mountcollins), at the border between County Limerick and County Cork.

The Killeedy Monastery also established a school for boys and girls. One of Ita’s most famous pupils was Brendan (later known as St. Brendan the Navigator) to whom Bishop Erc gave to Ita to care for when he was just a year old. Brendan stayed at Killeedy until he was six years old. Ita’s influence upon this future saint was so impressionable and “motherly” that he continued to stay in contact with her throughout his life and visited her between his voyages and always deferred to her counsel. 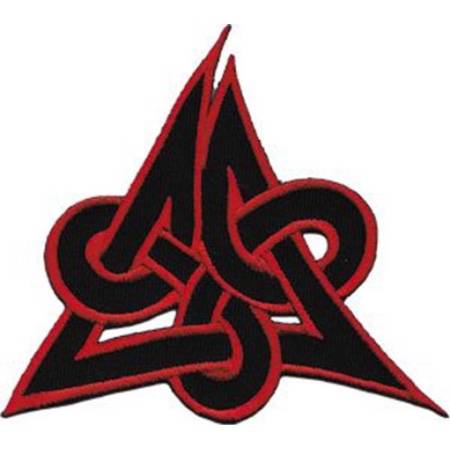 Like the Celtic Druids, Ita taught in triads. Brendan is said to have asked her what three things God loves best and she answered in a Celtic-type triad: Faith in God with a pure heart; Simple life with a religious spirit, and Generosity with love. Ita also told Brendan the three things God most detested were a scowling face, obstinacy in wrongdoing, and too great a confidence in the power of money.

The powerful and prevalent influence of Abbess Ita on not only Brendan the Navigator, but also among Ireland’s saints bestowed upon her the title “Foster Mother of Irish Saints.”

As we go forth into this new year, may we too like St. Brendan the Navigator incorporate Ita’s teaching on what God loves best into our lives. May this simple Celtic triad teaching be a nourishment to our soul throughout this year.

For more information on St. Ita of Ireland and St. Brendan the Navigator, please click on their name. I have written about both of these Irish saints along with thirty-eight other Celtic and Anglo-Saxon saints in Celts to the Crèche, a 40 days of Celtic Advent online devotional.

Rev. Brenda G. Warren is an ordained pastor in the Christian Church (Disciples of Christ). She is married with two sons, a daughter-in-love, and two Maine Coon cats, who of course have Celtic saint names. She currently serves as an Interim Pastor.

The Count Down Has Begun!