The Privilege of Sin 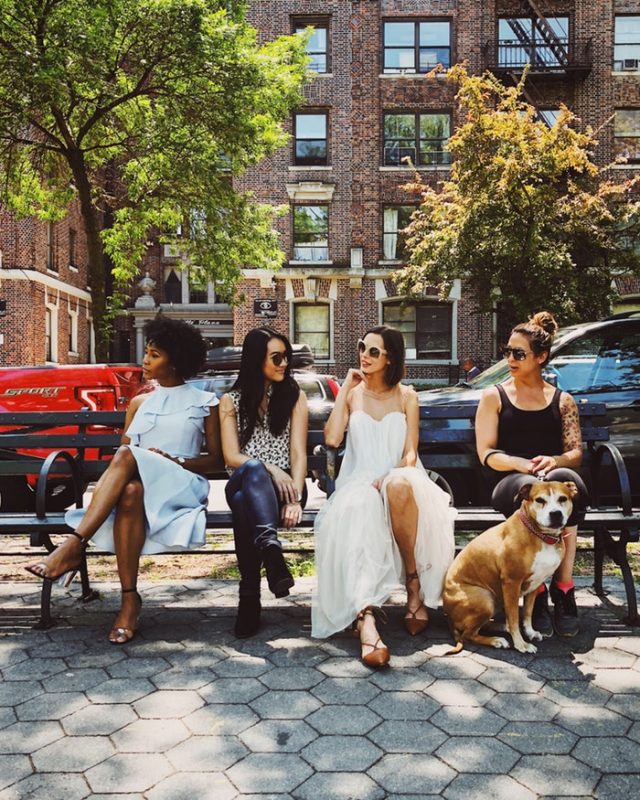 For the last couple of years, and especially this year since reading Ijeoma Oluo’s So You Want to Talk About Race, I’ve been trying to ponder and deeply explore privilege. I don’t mean this as a brag in any way, but I’m overflowing with the stuff – in so many areas of my life. I am embarrassed to admit that I’m probably not even close to consciousness around a fraction of it.

Being a visual person, I don’t always understand what can feel like an esoteric concept, privilege. That is, until the concept is supported by an image. For example, while I’ve long thought that I empathized with and understood issues raised by people of color, it wasn’t until recently, when I was given an image of white privilege during an anti-oppression training with Dr. Leticia Nieto, author of Beyond Inclusion, Beyond Empowerment, that I began to understand it more deeply.

“Close your eyes,” she had said, “and imagine yourself walking around on a floor made of other people’s heads.” For me, what came to mind were bones – skulls – of thousands of indigenous people and African Americans. With that picture in mind, what was before a generalized feeling of sympathy became so much more visceral and real. “Oh my God,” I thought. “That is not at all okay with me. I don’t want to be standing on anyone’s skulls!” I wanted to jump out of what I pictured to be a mass gravesite under my feet as she had us role-play how our gait would change if we knew we were walking on such a floor. Only as Dr. Nieto reminded us, it’s not that simple. I cannot just escape. (Thinking I can is simply more privilege.) That mass gravesite I’d envisioned is America. It is where I am, like it or not – no matter where I may crawl or where I wish to run, because, like it or not, it has become a part of who I am.

The point isn’t to escape, but to remember – and respond accordingly. I remember by keeping that dreadful image close to my heart – not so I can punish myself into a corner of guilt and inaction, but because it helps inform how I think and act and to matters of racism and injustice. It helps keep my privilege in check, seeing where I am standing and how I got here. The image can’t change the past. But it can certainly change the future, helping ensure that I am considerate of the suffering of others and working, where I have influence, to stop it.

With privilege such a pressing topic right now – something this era demands each of us inspect up-close – I recently came to a stunning revelation about how privilege applies to Christians – specifically, to sin: Sinning, I realized, like skin color, is a matter of privilege.

I will confess that the word “sin” isn’t a word that I naturally rally around. I have a complicated relationship with the term, just as I have a complicated relationship with sin. As with privilege, I’m full of it. Similarly, I’d love not to be. As discussed with several wise women in my Bible study, the word “sin” can quickly lead to internalized feelings of guilt and shame. The Church has a long history of messaging around this. Street preachers love pacing concert venues with their signs and wearables: “Repent your sins … or go to hell!”

But that sin-shaming misses the important message of hope offered by Christianity: Jesus knows we’re all sinners. He loves us anyway. He loves us so much, in fact, that he was willingly killed on a cross for crimes he didn’t commit in order to save us from the mess that is us.

I’ve come a long way from either shaming myself or fleeing from God because of my sins – a good thing. But the danger is that I can also take my sins for granted. Does it matter if I judge others? Gossip? Tell the occasional white lie? God sees my heart and loves me no matter what. While never quite that conscious, this line of thinking, I’ve realized, comes from a place of privilege – a privilege of sin that I wouldn’t have were it not for Jesus.

Trying to be more mindful of this privilege will require for me another image – an image that I feel so viscerally I cannot possibly ignore it, as with conjuring myself standing on the heads of indigenous and black people. What I have come to is this: what if Jesus were in the room with me, hanging on a cross only a few feet away? What if with my every sinful word or thought, his executioners were right there jabbing him with another spear, adding nails into his hands, laughing at and taunting him even more? I could hear him gasping for air, see his tortured face wincing in pain, smell the blood in the room as it pours from his body.

The fact is that I cringe at the crucifixion story. Every Easter, it’s sort of like reading Charlotte’s Web, how I know Charlotte is going to die, but I re-read it with hope, anyway. Every. Single. Time. Maybe Charlotte won’t really die this time, I hear my heart whisper. Maybe this reading will be different! I do the same with the crucifixion story. Maybe this time Jesus gets away. Maybe this time his disciples will step up to save him. Certainly God, the ultimate author, can change the ending this time! Can’t it end on a note of hope? It does, of course. The hope is in eternal life after death. Three days later Jesus shows us how that works. But still … I don’t want Jesus to have to suffer for any of us to get that.

Precisely because it makes me recoil, though, the image works. It helps me remember that sins – my sins, and my agency to make them at any convenient whim – are not to be taken lightly. That I am responsible for Jesus’ suffering, for his death. I am watching nails getting hammered into his body every time I sin.

No matter how much I yearn for it, I cannot re-write the past – whether the ending to Charlotte’s Web, hundreds of years of systemic racism, or Jesus’ crucifixion. I also know that I can’t wrap myself up in guilt and shame, which would rend me ineffective. But if I can keep my privilege top of mind and close to my heart by holding on to that image of Jesus, right in the room with me, I can come a little closer to really understanding my privilege of sin – and more importantly, letting it inform how I think, act, and respond in a way that is considerate of the suffering of another and working, where I have influence, to stop it. 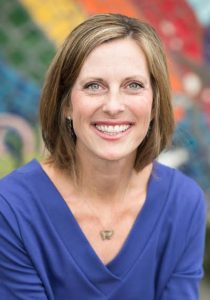 Sara Easterly lives in the Pacific Northwest. She has published various articles and essays, as well as a children’s book, and is currently working on a mother-daughter memoir. Visit her at www.saraeasterly.com

Fitting In; A Poem