I It’s Sunday afternoon and I am still struggling to put my Monday Meditation together. It will be October 1st and my plan was to write to start our new focus “Getting Ready For Advent and Christmas with a post on simplicity and sustainability but this week’s events totally derailed that idea…. or did they? They have encouraged me to think about how Jesus’ mother Mary was treated by her society too.

Like many of us I have been riveted to the screen as Dr Ford and Judge Kavanaugh testified before the Senate committee. I tried to listen with an open and impartial mind but as the events unfolded I realized that is impossible. All of us are shaped by pre-existing beliefs and values and that always colors the ways we interpret events. I posted some of my feelings on Facebook and have been both horrified and intrigued by the responses. I found this BBC article (thanks Jennifer Porter) and this one both gave very helpful information to those who are still suffering with traumatic memories.

Here is some of what I am mulling over as this investigation continues. 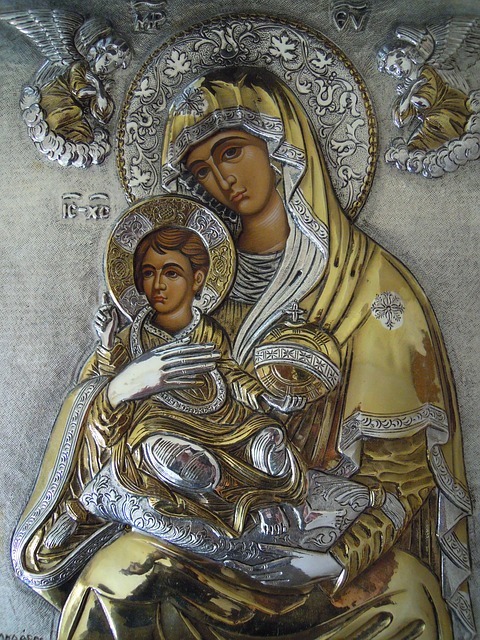 How did Mary’s Society Respond to Her?

As I reflect on these things today I realize that this is probably a very important place to start my preparations for Advent and Christmas. How was Mary treated after she announced her pregnancy?

The hearing this week has brought a new and very human dimension to the story of Jesus birth for me. It has taken me away from the rather sterile images of a glowing Madonna and child to the realities of what it must have been like for this mother and her infant. Why God came as a vulnerable infant to a vulnerable and possibly despised woman at the outskirts of a powerful and corrupt empire I don’t know. How this divine infant survived until birth and then beyond as his family fled as refugees to Egypt is amazing. Makes me believe in the power of divine intervention. How about you?

Freerange Friday: The Gift of Rest for Christmas

Lord You Wait — An Advent Prayer

Freerange Friday: The Gift of Interruption

Was Jesus Really Born In A Stable and...

Christine I hear you but I do not understand why this should be the example for those of us who have been sexually assaulted or raped (yes I have been both) I am so very disappointed to open this up this morning to find this is what you wrote about. I left Facebook yesterday for all the bullying, the insistence that we must believe her. I don’t know who to believe as I see the political motives much of what is leading this whole event. I felt she was more upset of taking this big step encouraged by Democratics wanting to destroy this man. I heard him as a man that has every right to defend the good life and good he does. My heavens I couldn’t image calling out classmates this late in life to bring them down so. It’s this aggressive behavior that brought our Christ to the cross.

Genora, I am not saying that it should be an example for those who have been sexually assaulted (at least that was not my intention). Like you at this point I am not sure what the truth of the situation is. What I am saying is that what is happening here is so often the way that women who have been sexually assaulted are treated – with disbelief, anger and animosity, sometimes with alienation from their families and friends. Sometimes they are blamed for what they have done. It is horrible.
I think that the response of both Republicans and Democrats who call themselves Christians is horrible too. Whatever happened to “love thy neighbor?” We should be trying to break down barriers, listen deeply and reach for the truth with loving hearts and open minds. That unfortunately is not what we see here.

Thank you for responding. Yes us women are put down so and we also do so, I hear that. But another way would be better not on a political platform especially one so long ago and not even rape and she became a successful women anyway, even has a picture of herself with President Clinton! I don’t feel your lovely God space site should have been a place to bring this up, or comparing to Mary. But as others we all want our voice to be heard and so you did and I. God bless us all! We need it.

Genora, this has been so much on my mind this weekend that I felt I needed to write this. Also it is my understanding that the photo supposedly of Clinton with Dr Ford was actually of him with Senator Kirsten Gillibrand of New York.

Yes I hear you about wanting to express yourself. Me too 😉. And yes I didn’t feel that photo was her but that’s politics in this day in age. I will stop commenting and shouldn’t have started as I realize my voice is not one of authority only one who is trying to make sense of how cruel folks are jumping on bandwagons of political correctness. Yikes hard to stop wanting to get my thoughts across.

Thank you for your post,Christine. I realise that, to express your views in the way you have, is, in the American context, brave. I regard your post as a VERY appropriate opening to our community’s Advent reflections.During Advent we hear God’s call to always remember that the one God who created all things is ONLY to be found ‘enfleshed’ in Jesus. For us that means that God is seeking us in our our daily lives where we are – including in the Kavanagh hearings. God can be found nowhere else than in the difficult here and now. Politics and religion both deal with the here and now and the way forward is never straight forward and will always involve listening. However one characteristic of following Jesus today is clear – we must take the side of the victim, as Jesus did, always. Mary, knowingly, accepted her role (which she knew would have involved the social approbation you describe). Like her son, and all who truly follow him, she freely denied herself and took up her cross.

In the Kavanagh case, the victim is clearly Dr Ford and with respect to the comments above:

“I heard him as a man that has every right to defend the good life and good he does.” Jesus had that right too, but didn’t take it up.

My heavens I couldn’t image calling out classmates this late in life to bring them down so.” Jesus did exactly that. In his day, he called our the ‘good’ leaders’ hypocrisy.

“It’s this aggressive behavior that brought our Christ to the cross.” True, but my assessment is that Dr Ford’s motivation is tell the truth (from her perspective), and I cannot judge her motivation (does it matter?). To turn Kavanagh into a victim (like Christ) is to entirely miss the point.
I

Thanks Rodney – I appreciate your comments. It is sometimes hard to find God in the difficult here and now but as you say it is necessary. We need to be always open to learning. A great quote that speaks to this from Parker Palmer today “The God I am familiar with does not work like a GPS, but accompanies me as I try to grope my way through the darkest of dark places.” I think this has been a dark place for many and my prayer is that we will help break down the barriers for them that make it difficult for them to reach towards the light.

Beautiful, thanks Christine. Life can only be seen backwards but must be lived forwards (Kierkegaard?) But the path forward is both narrow & unclear. No faith is required to walk back on old paths and we can easily find companions, but Jesus will not be with us. He’s calling us forward, and, as you say, we can meet the future only together with other followers and prayer. Blessings.