Waking-Up to Being an Old Privileged White Guy! 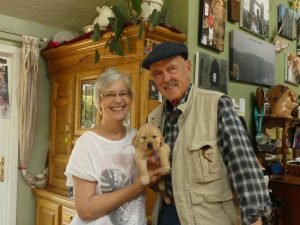 Back in 1991as a young white guy, I wrote a book entitled: Wild Hope.  In it I predicted“that by 2020…those who are non-white, in the US, will have doubled…” {Wild Hope, p.139} I welcomed this trend as an opportunity. “We are headed into a future in which we have the opportunity to be enriched by the many expanding ethnic cultures that comprise our country.” {Wild Hope p.142]. In fact I urged followers of Jesus to join me in welcoming this hopeful future.

Waking-Up to my White Privilege

As an old white guy in 2016 I read a book by a good friend, Jim Wallis at Sojourners, entitled America’s Original Sin: Racism, White Privilege, and the Bridge to a New America. Jim’s book celebrated the new future I had written about as a younger man.  However, until I read Jim’s book I had been largely oblivious to my “White Privilege.” I was deeply convicted.

Since then I have become more aware of the educational and societal opportunities I have had that many don’t and the doors they opened for my life. I have also started seeking to use some of the privilege I enjoy to help empower others that have-not had those opportunities.

For example, I am working with a pastor, in an inner cultural community here in Seattle, to help high school students, that are not headed to a 4 year college, to find other training. In Seattle the new reality is that young people can no longer find a job with a high school diploma that will pay a living wage.

However, there are opportunities to train as a medical assistant, coder or in the technical trade.  These positions pay $30 to $90 an hour.  I urge church planters to consider making this a primary part of community outreach…to give all students an opportunity that those of us in the privileged middle class tend to take for granted.

Waking-Up to my Speaker Privilege

As an Old White Guy, and an author, God has also awakened me to other aspects of my privileged lifestyle I have also taken for granted.  For example, several weeks ago I was speaking to a group of Christian leaders in Grand Rapids.  I was seeking to persuade them to do something radical….to invite the ideas of the young to create new forms of neighborhood change making that I describe in Live Like You Give A Damn!.

Later when a I viewed the video of our session I was disappointed to discover that during the question and answer session I responded too quickly to questions.  Another form of privilege is assuming as “the invited experts” we have all the answers.  I would have been wise to ask more questions before responding.  I could have been more responsive.

Waking-Up to my Male Privilege

Finally, I have also been discovering there is also such a thing as “male privilege” in culture, church and even marriage,  I thank God for my wife Christine and many wonderful marriage years together. Thankfully we have never had issues of fidelity but we have had issues of challenging communications.

One of the main issues in our difficult communications was my sense of male privilege manifesting by taking off on a professional pursuit without taking time to explore both of our professional plans for the week ahead.  We are not only working on this  but our counselor has encouraged us to set up regular “business meetings” every few weeks to work on un-resolved communication issues.

This past year I have had the opportunity to be supportive of Christine as she completed her first book with IVPress…The Gift of Wonder. It is a wonderful book on creative approaches to spiritual practices that will be released next year. We also find going on quiet prayer retreats help us work together as a team in all areas of life.

AN INVITATION-  This old white guy wants to change and be a faithful follower of Jesus… so give me a hand. I have worked as an an author and speaker not only in the US but in other countries.

If you have ever been at a church or a situation where I have spoken and I have not been sensitive or responsive to your questions or sensitive your concerns shoot me an email. I would like to  apologize and have a second chance to be responsive…while I am still on the planet.   twsine@gmail.com

Do join me in praying that all Old White Guys, all over this country, will embrace the welcoming Spirit of Jesus to all the strangers, as we become a more multi-cultural society…including keeping families together.

Freerange Friday – The Thin Veil Between Heaven and Earth

A Wish for 2022; Innovations That Unite Us

Enabling Gen Next to be the Good News...

Join Those Enabling Gen Next to Explore Inter-Gen...

Join Those Enabling Gen Next to Create Their...

FLOURISHING Join Those Creating their BEST LIVES this...