Good Friday: tracing the path to Golgtha where divine destiny was fulfilled 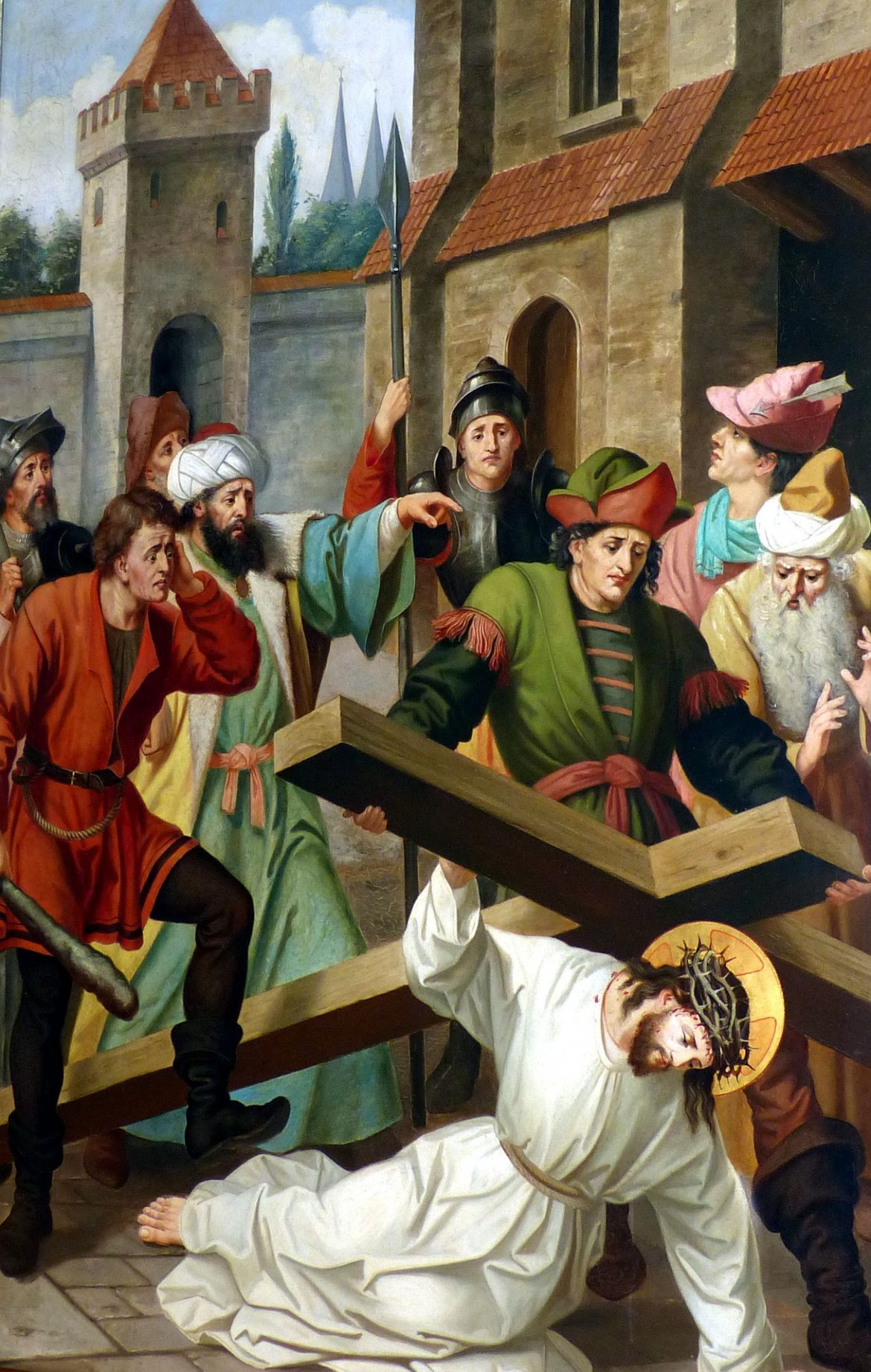 It’s Good Friday. We see Jesus: already battered, bruised and torn, making His stumbling progression to Calvary. He’s always been the One and only Son of God. He is also Chief Cornerstone and Shepherd of the flock. He is our Door and Way to Father God. 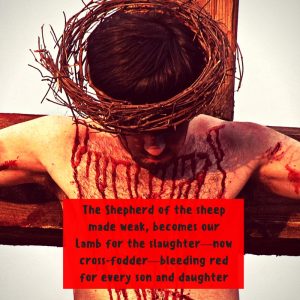 En route, He has made enemies. Not everyone understood His true identity or wanted a part of the Kingdom of God He preached. He also spoke to crowds hanging on His every word. Many witnessed miracles and fell at His feet. He was revered by those who loved Him and anointed with pure, fragrant nard in honour of His burial to come.

Jesus had bowed low,  washing the disciples’ feet as Servant of all, warning them of what lie ahead and what to expect. They could barely comprehend what He said or why He, their Lord and Master, would demean Himself in this way.

One of His own betrayed Him with a kiss by selling his own soul for 30 pieces of silver. Jesus was arrested by Roman soldiers, flogged with 39 lashes, his skin flayed to ribbons, and treated with sheer cruelty and derision by those who saw Him as nothing more than a deluded individual, a menace to authority and a rebel who spoke as though he were a god.

Skies darken now and soon the bloodied, thorn and sword pierced, cross-nailed Man of Sorrows will exhale His last breath, willingly surrender Himself into the Father’s hands. Jesus will take the final step He came to earth to make. To die for our sin and for our sake. To set the captives free and restore us back to the Father’s side for eternity.

It’s the culmination of a journey the Messiah has made as Son, Shepherd and Servant-King. Before long, He will break free from the tomb in which He is laid, rise as our Saviour, ascend back to heaven’s glory and be recognised as God and Lord by all who place their faith and trust in Him. Hope awaits on the horizon…

The Holy Son who walked

in harmony close beside

inside an earthly frame, walks

as deity in human dust

and demons tremble at his name

The Shepherd of the sheep

made weak, becomes our

for every son and daughter

The Servant of all mankind,

humbled and humiliated, is

rejected and reviled by those

He came to love and save

draws all mankind to him,

because he bore the full

penalty for our sin

“We must keep our eyes on Jesus, who leads us and makes our faith complete. He endured the shame of being nailed to a cross, because he knew that later on he would be glad he did. Now he is seated at the right side of God’s throne!” – Hebrews 12:2 (CEV)
**you can discover the meaning, history and etymology of Good Friday here**

Good Friday: Simon of Cyrene – who was...

Good Friday: the cross as a revelation of...

Stations of the Cross with St Andrews Episcopal...

Dear Joy,
Thank you for sharing these precious thoughts as Good Friday approaches. Oh, this stanza stopped me in my tracks:

“The Shepherd of the sheep

made weak, becomes our

for every son and daughter”

What an amazing gift He became for us. And it is so important to pause and let the weight of that fall upon my heart. There can be no rejoicing with first embracing the depth of what that freedom cost our Lord. I am so grateful for your words here that draw me back to my Lord’s Shepherd heart. May you have a Blessed Easter my friend!

Dear Bettie, it is an amazing gift and a humbling thought to consider all that Jesus willingly went through for us. Thank you so much for sharing how the poem has spoken to you. I’m blessed you stopped by, my friend. May your Easter weekend be full of love and joy as you give praise to God for His indescribable gift of grace!

Bettie, I guessed that was what you meant! 🙂 xo