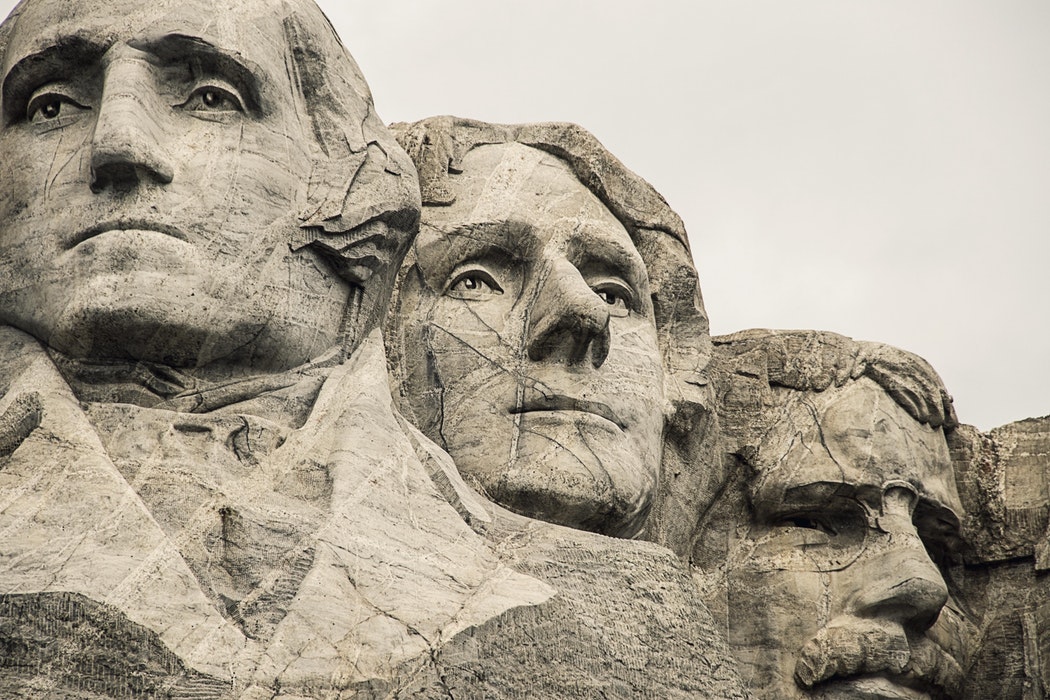 When calculated by the Gregorian calendar, George Washington was born on February 22, 1731.  A federal holiday honoring Washington was originally implemented by an Act of Congress in 1879, though at the time the holiday applied only to government offices in Washington.  In 1885, the act expanded to include all federal offices. Finally, in 1971, the celebration of Washington’s birthday was shifted to the third Monday in February. 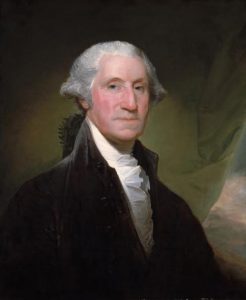 While serving as the Commander-in-Chief of the Continental Army during the American Revolutionary War, George Washington created the first military badge of merit for the common soldier. Revived on Washington’s 200th birthday in 1932, the Purple Heart medal (which bears Washington’s image) is awarded to soldiers who are injured in combat. As with Memorial Day and Veterans Day, Washington’s birthday subsequently offers an additional opportunity to honor our country’s veterans.

Although Lincoln’s birthday, February 12, was never a federal holiday, nearly half of the state governments have officially renamed their Washington’s Birthday observances as Presidents’ Day.  However, the latter has never become the official national designation for the former in either government records or through Acts of Congress.

Within the country, some states recognize a variety of presidents on the holiday, but Washington’s Birthday (locally adopted as Presidents’ Day) was actually not intended as a day to honor the general office of the presidency – that idea arose from a newspaper article intended as a spoof during the Nixon era. Presidential records indicate that Nixon merely issued an Executive Order (11582) on 11 February 1971 defining the third Monday of February as a holiday.  The announcement of that Executive Order identified the day as “Washington’s Birthday.”

Celebrated for his leadership in the founding of our nation, George Washington was the Electoral College’s unanimous choice to become the first President. He was seen as a unifying force for the new republic and set an example for future holders of the office.

Since 1862 there has been an oft-forgotten tradition in the United States Senate that George Washington’s Farewell Address should be read on his birthday. It is my hope that in our time, the leaders of our government – and all fellow citizens — might take time to review at least the following sampling of advice Washington proffered to his new nation, contained within his Farewell Address of 1796….

On his hopes for our national life –

[May heaven] continue to [give] you the choicest tokens of its beneficence; that your union and brotherly affection may be perpetual; that the free Constitution, which is the work of your hands, may be sacredly maintained; that its administration in every department may be stamped with wisdom and virtue; that, in time, the happiness of the people of these States, under the auspices of liberty, may be made complete by so careful a preservation and so prudent a use of this blessing as will acquire to them the glory of recommending it to the applause, the affection, and adoption of every nation which is yet a stranger to it.

On preserving our national unity –

While, then, every part of our country thus feels an immediate and particular interest in union…will avoid the necessity of those overgrown military establishments which, under any form of government, are inauspicious to liberty, and which are to be regarded as particularly hostile to republican liberty. In this sense it is that your union ought to be considered as a main prop of your liberty, and that the love of the one ought to endear to you the preservation of the other.

On the pitfalls of party politics —

…to put, in the place of the delegated will of the nation the will of a party, often a small but artful and enterprising minority of the community… are likely, in the course of time and things, to become potent engines, by which cunning, ambitious, and unprincipled men will be enabled to subvert the power of the people and to usurp for themselves the reins of government, destroying afterwards the very engines which have lifted them to unjust dominion.

The alternate domination of one faction over another, sharpened by the spirit of revenge, natural to party dissension, which in different ages and countries has perpetrated the most horrid enormities, is itself a frightful despotism. But this leads at length to a more formal and permanent despotism. The disorders and miseries which result gradually incline the minds of men to seek security and repose in the absolute power of an individual; and sooner or later the chief of some prevailing faction, more able or more fortunate than his competitors, turns this disposition to the purposes of his own elevation, on the ruins of public liberty.

Without looking forward to an extremity of this kind (which nevertheless ought not to be entirely out of sight), the common and continual mischiefs of the spirit of party are sufficient to make it the interest and duty of a wise people to discourage and restrain it.

It serves always to distract the public councils and enfeeble the public administration. It agitates the community with ill-founded jealousies and false alarms, kindles the animosity of one part against another, foments occasionally riot and insurrection. It opens the door to foreign influence and corruption, which finds a facilitated access to the government itself through the channels of party passions. Thus the policy and the will of one country are subjected to the policy and will of another.

On preserving the separation of governing powers —

It is important, likewise, that the habits of thinking in a free country should inspire caution in those entrusted with its administration, to confine themselves within their respective constitutional spheres, avoiding in the exercise of the powers of one department to encroach upon another. The spirit of encroachment tends to consolidate the powers of all the departments in one, and thus to create, whatever the form of government, a real despotism. A just estimate of that love of power, and proneness to abuse it, which predominates in the human heart, is sufficient to satisfy us of the truth of this position. The necessity of reciprocal checks in the exercise of political power, by dividing and distributing it into different depositaries, and constituting each the guardian of the public weal against invasions by the others, has been evinced by experiments ancient and modern; some of them in our country and under our own eyes. To preserve them must be as necessary as to institute them.

On truth in education —

…Promote then, as an object of primary importance, institutions for the general diffusion of knowledge. In proportion as the structure of a government gives force to public opinion, it is essential that public opinion should be enlightened.

As a very important source of strength and security, cherish public credit. One method of preserving it is to use it as sparingly as possible, avoiding occasions of expense by cultivating peace, but remembering also that timely disbursements to prepare for danger frequently prevent much greater disbursements to repel it, avoiding likewise the accumulation of debt, not only by shunning occasions of expense, but by vigorous exertion in time of peace to discharge the debts which unavoidable wars may have occasioned, not ungenerously throwing upon posterity the burden which we ourselves ought to bear.

The nation which indulges towards another a habitual hatred or a habitual fondness is in some degree a slave. It is a slave to its animosity or to its affection, either of which is sufficient to lead it astray from its duty and its interest.

On the undue influence of foreign powers –

Against the insidious wiles of foreign influence (I conjure you to believe me, fellow-citizens) the jealousy of a free people ought to be constantly awake, since history and experience prove that foreign influence is one of the most baneful foes of republican government…. Excessive partiality for one foreign nation and excessive dislike of another cause those whom they actuate to see danger only on one side, and serve to veil and even second the arts of influence on the other. Real patriots who may resist the intrigues of the favorite are liable to become suspected and odious, while its tools and dupes usurp the applause and confidence of the people, to surrender their interests.

In light of George Washington’s hard-won national liberty and hard-won personal wisdom, it is my prayer that the district that is home to our nation’s capital will take heed of the far sighted advice of our chief founder, for whom it is named.

Meditation Monday – Going For The Gold

What words do we ever have to express our love well?