Redeeming Time & How to Wait 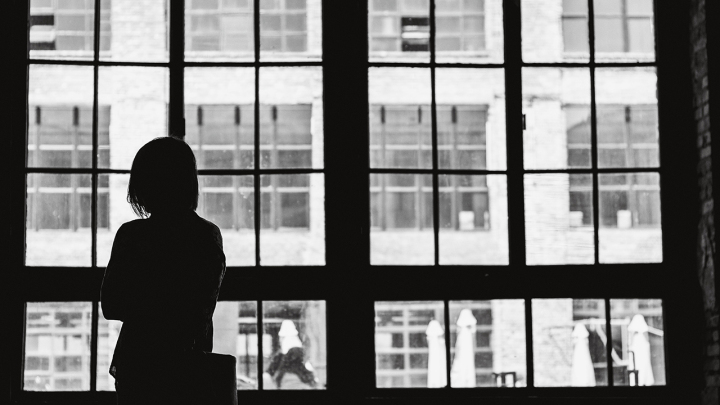 I never go to the gym during this time of year, because it teems with motivated people who decided to become fitter, skinnier, and healthier as their new year’s resolutions. Something about the New Year really spikes people’s hope for change, for breakthrough. But by February, that hope tends to dwindle. Perhaps it’s because people eventually realize that altering the digits on the calendar does not necessarily hasten change.

Waiting for change, no matter how long the wait, can be such an arduous journey. There are some aspects of change you can control, such as weight loss or personal discipline. However, there are some things that are left in the air, leaving you at God’s mercy for when things will shift in your favor. Healing from long-term ailments. Salvation of loved ones. Mounting hospital bills. Unbearable work conditions. You need God to handle these thing because your own strength and will are finite.

Yes, it’s true. Your own human efforts, as mighty as they may be, are incomparable to the infinitely powerful hand of God. You can manage, survive, and succeed at best. But, God has His sights higher than giving you success. He wants to give you redeeming victory.

In Acts 1, Jesus appeared before His people after His resurrection for a period of 40 days. It’s glorious. I am sure the disciples were hyped. However, over a meal, Jesus gave them a strange command. He told them to wait, to wait in Jerusalem, and to wait for a gift. And of course, they wanted to know when and how.

To this, Jesus replied, “It is not for you to know the times or dates the Father has set by his own authority,” (Acts 1:7). They were basically commanded to wait without knowing, without understanding.

When we are faithful in the waiting, we are testifying to the world that our breakthrough is God’s job. It is ever so humbling to admit that your destiny and desire are not in your own hands. Most people in the secular world may refute that belief, but when you believe in God you are also admitting that you yourself are not God. It is then when you can resonate with the psalmist that said in Psalm 31:15, “My times are in your hands…”

Everyone is anxious for a newer and better season to come their way. When those hopes and changes haven’t been fulfilled, there’s a temptation to walk away from God. I have witnessed people leave the church because certain prophetic words were left unfulfilled for too long. Young people turned to promiscuity in fear that that was the only way to find the right “one.” Mothers waited for that sense of kingdom calling again, only to be burned out by the day-to-day demands of raising children and running a home. You want out. You want different. You want better, and the waiting is beginning to feel like God had abandoned you.

Yet, after the believers in Acts 1 diligently waited, the Lord delivered what He had promised. The Holy Spirit came, and the first church was born. I would have loved to been there — about 120 actually were. However, the most fascinating part was that Jesus actually showed Himself to over 500 men and women (1 Corinthians 15:6). That means approximately 380 people who did not partake in the waiting were also not present for the promise fulfilled. They weren’t there to receive the baptism of the Holy Spirit and witness the supernatural manifestation of His gifts. They weren’t there to get launched off to the ends of the earth!

The waiting season is an active season. It is not to be mistaken as a time when nothing happens. The believers were not idle as they stayed in Jerusalem and waited for the promise. No, during this unique interim, the believers constantly gathered to pray. They recalled relevant Scripture and obeyed the word. They established a leadership structure to ready themselves for when God’s gift would unction them to go to the ends of the earth. In the midst of that, God did not abandoned them. In fact, He was preparing them.

Let’s make Jesus famous in our waiting. As your circumstances look dire and your life seems stagnant, may the world see your spirit of thanksgiving. May they hear your praises. For the Lord will indeed do something, and when that something happens, others around you will know exactly who deserves the credit.

Getting Off to a Good Start – Renewing Faith in God