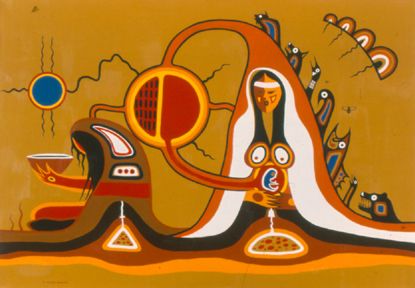 Today’s prayer by African American soul vocalist and musician captures so much of what I long for this Christmas season. The feature image is by Cree artist Jackson Beardy from Winnipeg Mannitoba.

Aaron Neville was born January 24, 1941and died in 2019 at the age of 81. He was an American R&B and soul vocalist and musician with four platinum albums and four Top 10 hits in the United States, including three that went to #1 on Billboard’s Adult Contemporary chart. His debut single, from 1966, was #1 on the Soul chart for five weeks.

Anticipation and Reality: a Christmas Reversal

When the Longest Night Never Seems to End