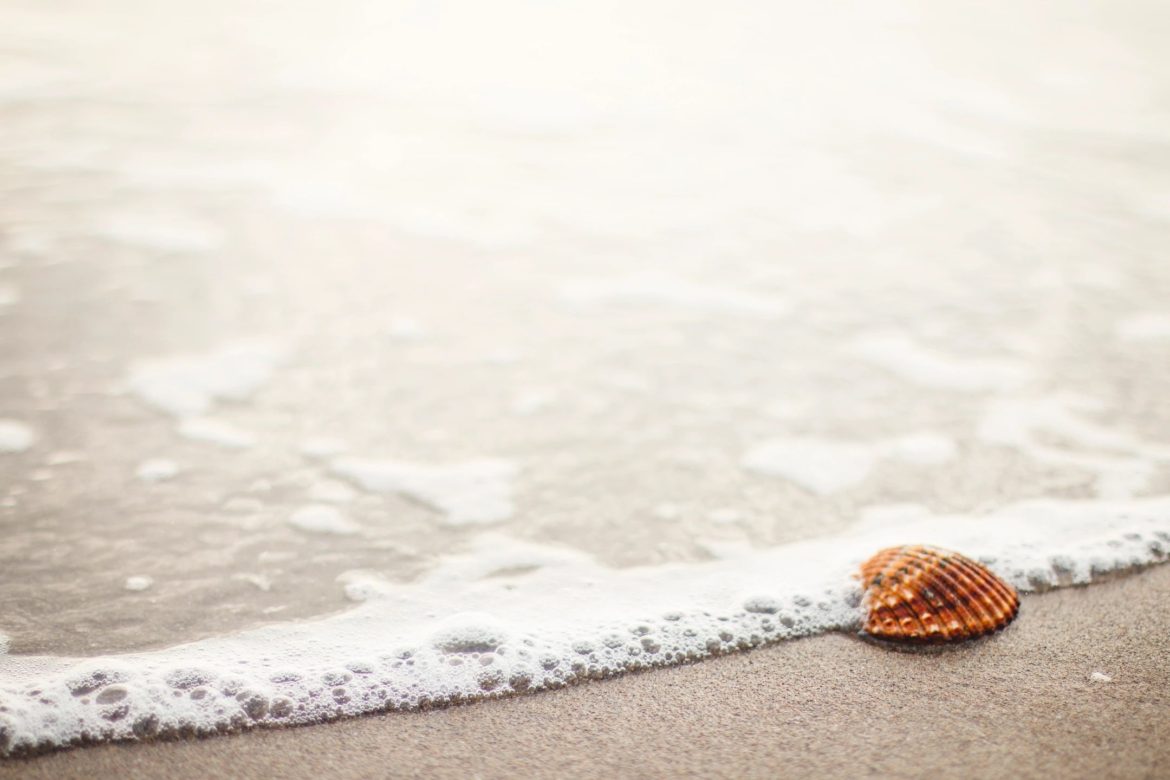 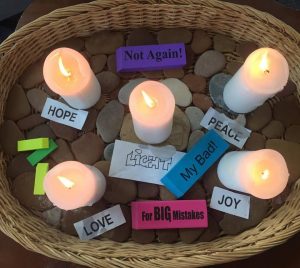 The Lord is compassionate and gracious,
slow to anger, abounding in love.
The Lord will not always accuse,
nor will he harbor his anger forever;
he does not treat us as our sins deserve
or repay us according to our iniquities.
For as high as the heavens are above the earth,
so great is God’s love for those who fear him;
as far as the east is from the west,
so far has God removed our transgressions from us.

I don’t about you, but I need a clean slate. I often need a “DO OVER.” I need a fresh start on my day, or on my week, or month, or sometimes even a whole new year would be nice! We just happen to get a new year and a fresh start this week because it’s the Jewish celebration of Rosh Hashanah. So Happy New Year!  What would you like to do with your clean slate?

This past week the lectionary reminded us that God doesn’t keep score when it comes to forgiving us! Peter thought he was being generous by asking Jesus if forgiving someone 7 times was good enough. (that was more than double the normal amount required in Jewish tradition of the day.) Jesus said, not seven times, but seventy times seven. And then Jesus tells a parable about a forgiving king and a servant with an impossible debt. This servant pleads for mercy and is given grace but then takes out his anger on a fellow servant who owes him money. Next, the first servant is tattled on and the King throws him into prison. It’s a messy parable about how often we receive grace and mercy but we don’t offer or give it to other people. For me it’s a lesson on forgiveness and unforgiveness. And reminds me how often I put people in prison who have hurt me and I throw away the key. Also it reminds me of how often I don’t give grace and mercy to myself. I put myself in prison and slam the door!

Sometimes I think we keep ourselves in prison and we don’t allow ourselves to be set free. We somehow believe the lie that we still need to be bondage because of things we’ve done. We believe that we are still slaves rather than heirs to the reign of God.

When will we allow the cell doors to be opened? When will we be the ones to say set the captives free? When will we allow Jesus to actually do for us what he came to do? Give us life, and life in abundance! Jesus didn’t show up to keep us in a life of captivity. Nor did he give us a life of bondage, but a life of love, acceptance and forgiveness. Jesus gives each of us a life outside the box we keep ourselves in! We need to claim our freedom!

Lord Help me to live into that freedom!

God help me to get out of the jail of unforgiveness that I put myself in.

God help me to walk out of the cell since you’ve opened the door.

Lord, open the box that I put myself in and help me to live in freedom!

Set me free Jesus and help me to set myself free!

Set me free so that I can go and set others free! AMEN

So here’s to a clean slate, an open cell door and an empty box! Here’s to a New Year where our sins are washed clean and erased! Let’s remind each other that God has a very BIG ERASER and God is not afraid to use it! God loves and longs to wipe the slate clean again for each of us!

We just need to ask and receive again.

From ThinplaceNashville Journaling : Read the passage slowly three times. Allow the Holy Spirit to highlight words or phrases.  How is God speaking to you thorugh this parable today? Use the questions below as journaling prompts Allow the Holy Spirit to be light and love to you today through this passage! You might choose to sketch or draw or create a collage in response to this passage rather than journaling from it. Allow the Creator to inspire your creativity!

Then Peter came to Jesus and asked, “Lord, how many times shall I forgive my brother or sister who sins against me? Up to seven times?”

22 Jesus answered, “I tell you, not seven times, but seventy-seven times.

23 “Therefore, the kingdom of heaven is like a king who wanted to settle accounts with his servants. 24 As he began the settlement, a man who owed him ten thousand bags of gold was brought to him. 25 Since he was not able to pay, the master ordered that he and his wife and his children and all that he had be sold to repay the debt.

26 “At this the servant fell on his knees before him. ‘Be patient with me,’ he begged, ‘and I will pay back everything.’ 27 The servant’s master took pity on him, canceled the debt and let him go.

28 “But when that servant went out, he found one of his fellow servants who owed him a hundred silver coins. He grabbed him and began to choke him. ‘Pay back what you owe me!’ he demanded.

29 “His fellow servant fell to his knees and begged him, ‘Be patient with me, and I will pay it back.’

30 “But he refused. Instead, he went off and had the man thrown into prison until he could pay the debt. 31 When the other servants saw what had happened, they were outraged and went and told their master everything that had happened.

32 “Then the master called the servant in. ‘You wicked servant,’ he said, ‘I canceled all that debt of yours because you begged me to. 33 Shouldn’t you have had mercy on your fellow servant just as I had on you?’ 34 In anger his master handed him over to the jailers to be tortured, until he should pay back all he owed.

35 “This is how my heavenly Father will treat each of you unless you forgive your brother or sister from your heart.”

Questions to consider while Journaling: 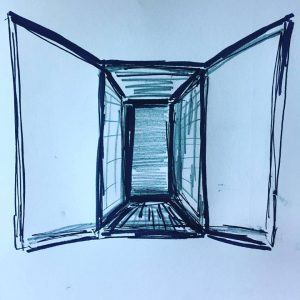