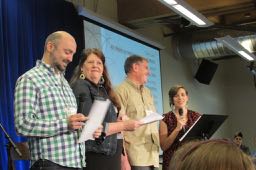 “The 21st century agents of change—across the world—are women,” Dr. Salim Munayer announced in a slow, deliberate, hear-this-if-you-don’t-hear-anything-else voice at a conference. Dr. Munayer is an Arab Christian who grew up in Israel, a renowned missiologist, and an authority on the Palestinian-Israeli conflict and reconciliation. Such an audacious and unforgettably empowering declaration from such an impressive man sent a shiver down to my toes. Not of trepidation; it was rather a jolt of conviction, responsibility, and courage. Boom!

1. Women church planters are a real-time demonstration of God’s original, very-good plan for humans—that at creation, men and women were given an equal responsibility to bear God’s image, have dominion/”rule” over creation, and be fruitful. As a woman pastor, I have never thought of my ministry as a “right” or “equal opportunity,” but rather as a God-given, ordained-at-creation equal responsibility (Gen 1:26-28).

I say “yes!” to whatever assignment God gives me. Period. Women church planters are a living testimony to the world of what it looks like when men and women take equal and full responsibility to become all God intended, and partner alongside each other to fulfill God’s mission—God’s kingdom come and will be done, on earth as it is in heaven!

2. The church may have travelled through a couple millennia accustomed to mostly male leadership, but history is on an irreversible redemptive trajectory, fueled by the incomparably great power of Christ’s resurrection (Eph 1:19). And we are presently living in the “afterward” the prophet Joel spoke about (Joel 2:28, 29), and Luke repeated in Acts 2:17-18: “‘In the last days, God says, I will pour out my Spirit on all people. Your sons and daughters will prophesy… Even on my servants, both men and women, I will pour out my Spirit in those days, and they will prophesy.”

Not only will women prophesy, they will exercise all the Spirit’s gifts alongside men. Nowhere does the New Testament mention gender-specific Spirit-gifts.

3. Women are extraordinary models of courage and obedience when they say “yes!” to God. Deborah, Esther, Mary who birthed Jesus, Mary Magdalene, first to return to Jesus’ tomb and witness to his resurrection, just to name a few biblical examples. God’s call on women for extraordinary assignments subverts and surprises a patriarchal world. Humans look at outward appearances (including gender) but God looks at the heart (1 Sam 16:7). Some think that history-making, change-agent women are the rare exceptions, yet over and over in Scripture and history, ordinary and unlikely women are lynchpins in fulfilling God’s mission.

“We have seen it in so many places: When things get rough, when things are at their worst, when everyone else flees or is in hiding, very often it is the women who stand up, offering themselves, becoming completely vulnerable as they submit to the risk of death. That is indeed their strength and their power.” (Jim Wallis, “While the Men Were in Hiding, Women Delivered the Greatest News the World Has Ever Known“).

4. Having been on the receiving end of oppression and discrimination, women are experientially positioned to identify with other marginalized and less-empowered humans, and vice versa. The least, last, and lost often experience women as safer and more credible than men because there is an unspoken understanding: “you have walked in my shoes.” Everywhere we look, past and present, Christ-following women are on the frontlines of the hard, slow, heart-wrenching work of justice ministry. Women church planters are especially primed to “do justice, love mercy and walk humbly” (Micah 6:8).

5. Out of necessity or limited options, women often go or are sent and are willing to minister in less popular, more challenging places. For example, in the early 1800s, opportunities for single women to support themselves through full time ministry in the US were almost non-existent. That, combined with significant public opposition, prompted the movement of many single women overseas to the foreign mission field where they were far away from church hierarchy. From the church’s perspective, they were “out of sight, out of mind,” but God was powerfully using these willing laborers! Today, women are disproportionately called or sent to smaller, aging, and/or rural congregations. Women tend to be drawn to difficult and dangerous pioneering work. It’s a good thing because “the harvest is plentiful but the laborers are few!”(Luke 10:2).

These are just a few reasons the world needs more women church planters, and why women church planters are mission-critical change agents in the kingdom. While women planters may encounter resistance, they must remember this truth spoken of Peter and the apostles by the wise Gamaliel: “Leave these men alone! Let them go! For if their purpose or activity is of human origin, it will fail. But if it is from God, you will not be able to stop these men; you will only find yourselves fighting against God” (Acts 5:38-39). God is calling women church planters to be unstoppable change agents! And when God is for us, who can be against us? 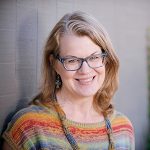 This article was first published on the CBE blog

A little sacred/ordinary over breakfast…

I was an Elder’s Wife

Call the Midwife, or Not

Success – Have We Got It All Wrong?