Wake Up: Learning to Care About the Earth

Waking up to the discovery of a world at risk: Earth Day 1970

“Get this garbage out the lobby now,” shouted the manager of the Kahalui Motel.  It was April 22, 1970.  Ed Yamamoto, student body president of Maui Community College and 12 other students had just stacked the last of 60 huge black bags of trash in the lobby of the motel, ignoring the shouting of the motel manager. They had just collected this trash from an enormous mountain of garbage that motel staff had put out on the beach two hours earlier for the ocean to take away, which staff did every week.

The students didn’t respond to hours of shouting as the manager railed at them.  Finally, after 7 hours of a standoff the manager caved into the students protesting promising to have garbage picked up in the future by the local garbage service. 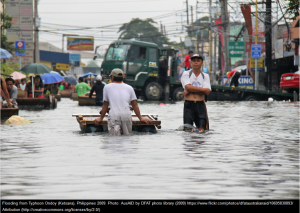 As we celebrate Earth Day, this April 22, it is essential to understand that there was virtually no awareness in 1970 that we were facing any environmental challenges in the future.  What motivated these students in 1970, who had never been a part of any protest before, to become environmental activists?

Believe it or not, in 1970 virtually no one was aware that our planet was facing environmental challenges.  So when Dr. James Dator from the University of Hawaii presented us a very daunting range of environmental crises, everything from dangerously polluted air and water to disappearing forests, it arrested our attention.

What the movement meant for me

This wake-up call also motivated me to move to Seattle and pursue a doctorate at UW.  I wanted to join those young activists who were seeking to address some of the daunting new challenges facing a people and a planet as we raced towards the 21st century.

In 1981 I wrote a book encouraging Christians  to wake up to the new challenges that were likely to face us as we headed towards the nineties from widening gap between rich and poor and our need to dramatically reduce our pollution  of air and water titled The Mustard Seed Conspiracy.

I wrote a book in 1991 entitled  Wild Hope that directly challenged Christians to join those working to dramatically improve the stewardship of our threatened environment.  I received a very positive response from leaders in both mainline and Catholic churches.  However, it seemed to be a little early  for many evangelicals to engage this important issue.

As we look at the escalating environmental challenges we are likely to face 2017 to 2027, it is essential that we start by going back to the Bible and reminding ourselves of God’s loving purposes for both our lives and for God’s world.

Let me start by affirming I am persuaded that that scripture teaches that this world is our home. “We aren’t just passing through!”  The Bible also affirms that that in “Christ, all things will be made new.” In NT Wright’s book, Surprised By Hope, and a number of his other books as well as those of other authors.   Wright makes a convincing case that the scripture teaches we that our great Easter Homecoming will not to be in the clouds.  Rather he states we will come home as to a new heaven and a new earth where all things are made new.

We will come home to a restored creation in which healing finally comes to the broken, justice to the poor, peace to the nations and God’s good creation will also be restored not vaporized.  Listen to the powerful imagery of the prophet Isaiah.

3 Strengthen the feeble hands,
steady the knees that give way;
4 say to those with fearful hearts,
“Be strong, do not fear;
your God will come,
he will come with vengeance;
with divine retribution
he will come to save you.”

5 Then will the eyes of the blind be opened
and the ears of the deaf unstopped.
6 Then will the lame leap like a deer,
and the mute tongue shout for joy.
Water will gush forth in the wilderness
and streams in the desert.
7 The burning sand will become a pool,
the thirsty ground bubbling springs.
In the haunts where jackals once lay,
grass and reeds and papyrus will grow.”

Clearly, God’s purposes are not just the restoration of our personal lives. The creator God does intend to make all things new including this good creation. Therefore working for the care of God’s good creation is not just the agenda for those on the political left. All of us who are followers of Jesus Christ need to make God’s loving purposes for a people and a world our purposes, don’t we?

Now as we prepare to celebrate Earth Day on April 22, 2017 we need a wake-up call.  The future of God’s good creation is much worse than we ever could have imagined in our worst nightmares on that first Earth Day in 1970.  Reefs are dying, glaciers are melting, arable farm lands are rapidly declining and which is causing growing famines right now that are threatening the lives of millions of our neighbors in Africa.

On April 22, 2017 it is estimated that almost a billion of us from 192 nations will join together to not only celebrate Earth Day but to explore how we all can dramatically increase investment our environmental renewal caring for God’s good creation.  I encourage all of us to not only join the celebration but to also join a new generation of change makers and creation care activists planting gardens, empowering those at the margins and advocating for environmental justice.

Join a new generation who live like they give a damn!

I find one of the greatest reasons to be hopeful is that God seems to be raising up a new generation many of whom are more thoughtful about every aspect of their lives in terms of environmental stewardship in terms of the clothes they buy and the food they consume.  They are also much more active personally and politically in working to find ways to improve our endangered island home.

Today millennials , 18 to 35 year olds, are even more involved in working for both environmental renewal and economic justice than the young activists on Maui in the 70s. Since millennials are the first digital generation they are much more aware of issues of environmental, economic and racial justice.  More importantly they are not only more aware a higher percentage of them want to use their lives for serious change making.

For example, Bethaney Harrington, as a college student at Emory University, was invited to imagine a whole new way to enable her church to create a more sustainable future in Atlanta. She and her fellow students were members of an Intervarsity team creating new forms of urban empowerment.  They created a new urban innovation called Atlanta Harvest.

Essentially they created an urban farm project on some abandoned land just three miles from downtown instead of importing produce from farms a hundred mile away.  Consumers in this area of Atlanta buy locally grown vegetables which reduces the amount of fuel used to transport the from many miles away.  They were also able to provide fresh produce for those at the margins who often could not afford it.

The V3 movement, drawing on some of the ideas from The New Parish, are encouraging new church plants to become more involved in creating more sustainable local communities.  Sean and Julie Hall an example of church planter who are leading this parade.   They are planting a church called the Fountain Parish in Bellingham Washington which is one of the most sustainable cities on the west coast.  They are also planting in a low income neighborhood.  Instead of starting a food bank for they invited their neighbors to join them in a community venture of planting vegetable gardens in everyone’s back yard that wants to participate.

In April 2017 our small planet is much more at risk that it was on that first Earth Day.  Our reefs are  dying, the climate is warming and frankly the future for our children and grand children is increasingly in peril.

To make matters much worse the current administration in the US has slashed funding for the EPA environmental renewal by 31%. as well as undermining a growing range of environmental programs to restore air, water and land.  They have also just reversed the commitment to reduce carbon emissions. It also Looks like the US is going to pull out the Paris Environmental Accord with 200 other nations which would dramatically undermine our global efforts to improve our  environment while there is still time.

As a consequence not only the future of the planet but the future of our children and grandchildren as well as families all over the planet will be in growing peril in the next two decade unless we reverse these serious cutbacks.  This not only a pro-environmental, pro-justice issue. It is also a pro -family and a pro-life issue for all followers of Jesus.  I recommend Making Peace With the Land by Norman Wirzba.  He enables us in this book to grasp how vitally our biblical faith connects to our care of God’s creation.

Do you have an interest in this conversation? I’d love to hear your insight! Email me at: twsine@gmail.com

Starting to Get Those Resurrection Feels

Thank You – An Easter Reflection