Join Saint Patrick in the Spiritual Discipline of Listening 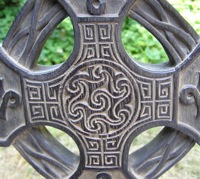 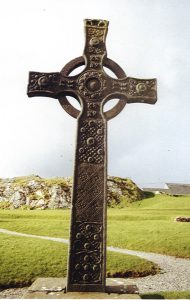 In 1982, I took my first pilgrimage to Iona to experience the new discipline for me of listening for God in one of the holy places. I got more than I bargained for. I not only had a very deep experience of what Celtic Christians call “thin places” where the dimension between this world and the next becomes one.

As a result of that first pilgrimage I became acquainted with Patrick and a number of his friends and followers and it has radically changed my view of what it means to be a follower of Jesus.

At age 16, Patrick was kidnapped from his home in England and was taken by Irish traders as slave to Ireland. He was forced to care for sheep. He learned about the people and Irish culture but being enslaved most importantly he learned a life of prayer was essential to his difficult life.

After 6 years, he escaped and returned to his family. Then God called him to return to Ireland as a missionary. In three decades Patrick and his compatriots saw Ireland become largely converted to Christianity. The Irish, Scots and English were introduced to much more of a whole life faith than was not common then or now.

What I have learned from Patrick, Columba, Hilda, Bridget and Cuthbert is that prayer is not 15 minute break in the day but prayer was intended to permeate all of life. Celtic Christians had prayers for rising in the morning, prayers planting seeds in the day and prayers for banking fires at night.

Celtic Christians not only were devoted to a life of prayer, but a love of God’s creation and a care for the poor. I find younger Christians who are hungry for a more authentic whole life faith are often drawn to Celtic Christian faith.

As we celebrate St. Patrick’s Day, I invite you to join Saint Patrick and the many Celtic Saints in taking time to listen to our God by quietly repeating Patrick’s prayer and listening to what God might say to you.

Comment and let me know what you hear from God as you quietly read Patrick’s prayer and listen for God’s whispers to you.

Meditation Monday – Let Us Serve One Another In Love