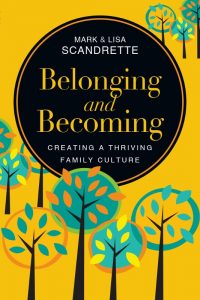 At their best, the words family and home represent safety, love and acceptance. Growing up, I was fortunate to experience the reality of these words. There are obviously many factors that contributed to making our home a safe and loving environment, but I think one of the most important was the way we learned to connect and communicate with one another.

For as long as I can remember, there have been practices, rules and rhythms in place that promote communication, conflict resolution and connection in our family. We were taught to use “I feel” statements when addressing issues. We had protocols for processing and resolving conflict. Respect was expected from everyone and went in all directions.

Many of my friends have never had their parents apologize to them for anything or admit that they were wrong. I believe the concern for some parents is that if you admit to your children that you made a mistake, they will lose respect for you. However, ever since I can remember, my parents have been able to admit their errors and apologize for them, and they’ve asked if we feel wronged by them.

I can honestly say that I have a very high respect for my mom and dad because of this. Additionally, their ability to so openly model conflict resolution allowed my brothers and me to imitate it in our interactions with each other until it became second nature.

As with our conflict resolution process, household rules were consistently modeled and explained to us. No rules existed “because I said so.” The time my parents took to explain the reasons behind the rules made me feel respected as an intelligent human who could be trusted to understand the whys and hows and not just the becauses.

Our love and goodwill toward one another was furthered in practice by mutual respect, trust and the tools we were given to address conflict and assert our needs. Affection, however, isn’t solidified through intentional communication alone. Our parents took time to have fun with us on a regular basis. After dinner we’d often play games or music, sing and dance together. Sometimes one of us would be called on to share something we’d created or discovered that was exciting to us.

My brothers and I always got along extremely well. Maybe that’s partly due to luck and complementary personalities, but I think it also had a lot to do with the fact that family fun easily translated into sibling camaraderie. Even now, I’ll watch TV shows with my dad and brothers a couple of nights a week, and my brothers and I seek each other out to joke around and talk on our study breaks.

Our family culture is often hard for me to describe to people who don’t know us well, because it’s this intense blend of openness, mutual respect and understanding, willingness to get into the messy side of being in relationships and an affectionate desire to spend time together. 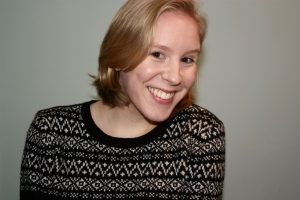 Hailey Joy Scandrette is Founder and Editor in Chief of Ignighted Magazine, an online magazine and community of people ages 18-30 seeking to follow the teachings and actions of Jesus through incarnational living.  She is also the daughter of Mark and Lisa Scandrette, authors of Belonging and Becoming: Creating a Thriving Family Culture. This piece is excerpted from the book (pp. 124-125) in the chapter, “A Thriving Family Fosters Connection”.

Caution! Lent Can Be Habit Forming

Meditation Monday – What Are We Afraid Of?

Held in Your Bottle