St. Brigid of Kildare as Bishop? 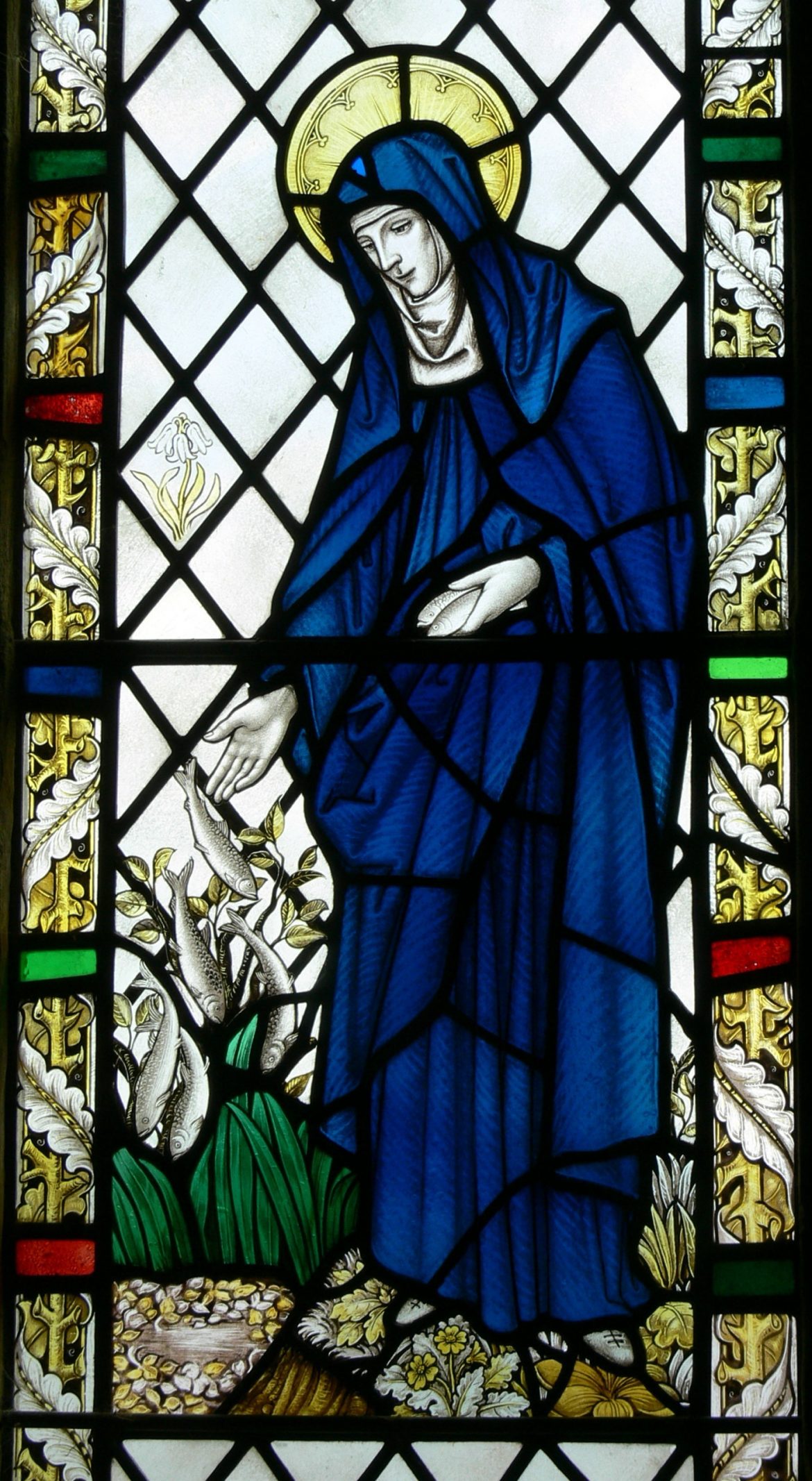 Many of us are familiar with the early Irish saint, Brigid (Brigit, Bridget, Bride), one of Ireland’s three patron saints along with St. Patrick and St. Columba. Brigid was a Christian Abbess and founder of several monasteries including the famous  Kildare (Cill Dara meaning “Church of the Oak Tree”), which was a double monastery of men and women serving equally together. Yet, are we aware that Brigid was also possibly an ordained Bishop?

On this feast day of St. Brigid, February 1, I would like to focus on Brigid’s possible call as a Bishop. There are at least six  separate Lives of Brigid. One of the first was written by Cogitosus about 650AD. He described the large double monastery of Kildare in which men and women lived and worked as equals with Brigid as the Abbess. Even though Cogitosus claimed that Kildare in the 7th c. was “head of almost all the Irish churches with supremacy over all the monasteries of the Irish and a paruchia which extended over the entire island of Ireland,” he did not mention Brigid being ordained as a Bishop.

Brigid’s journey towards possible ordination as a Bishop is intriguing. It is said that when generous and compassionate Brigid gave away her father Dubthach’s sword to a leper, her father was so angry that he tried to sell his daughter to the king. The King declined her father’s offer and would not bargain for Brigid because “her merit was higher before God than before men.” Her father gave Brigid her freedom but he still tried to marry her off, but she refused to accept any proposal. Eventually her father agreed to let his daughter go see the aged Bishop Mel in Ardagh who had been a disciple and possibly a nephew of St. Patrick.

There are four similar accounts of Brigid’s ordination as a Bishop. One version of Brigid’s ordination as Bishop is found in the early 9th c. Bethu Brigte, a biography of Brigid that was likely based upon an earlier Life of Brigid. According to sections 17-19 of the Bethu Brigte, Bishop Mel ordained Brigid as a nun and some say that he also by mistake read the wrong prayers which ended up ordaining Brigid as a Bishop.  Afterwards, Bishop Mel was asked why he had read the incorrect prayers making Brigid a Bishop. He replied that the Holy Spirit had taken the matter out of his hands. Section 19 about this ordination incident reads:

“The bishop being intoxicated with the grace of God there did not recognize what he was reciting from his book, for he consecrated Brigit with the orders of a Bishop. This virgin alone in Ireland, said Mel, will hold the Episcopal ordination. While she was being consecrated a fiery column ascended from her head.”

“It came to pass that Bishop Mél conferred on Brigit the episcopal order, although it was only the order of repentance that she desired for herself. And it is then that MacCaille lifted up a veil over Brigit’s head ut ferunt periti; and hence Brigit’s successor is always entitled to have episcopal orders and the honor due to a Bishop.”

(note: MacCaille was likely a brother of Bishop Mel and a priest)

Another closely related version of the ordination of Brigid as Bishop comes from the early 15th c. Irish Book of Lismore:

“For humility Brigit stayed so that she might be the last to whom a veil should be given. A fiery pillar rose from her head to the roof-ridge of the church. Then said Bishop Mel: “Come, O holy Brigit, that a veil may be sained on thy head before the other virgins.” It came to pass then, through the grace of the Holy Ghost, that the form of ordaining a Bishop was read over Brigit. Mac-caille said, that a bishop’s order should not be conferred on a woman. Said Bishop Mel: “No power have I in this matter. That dignity hath been given by God unto Brigit, beyond every (other) woman.” Wherefore the men of Ireland from that time to this give episcopal honour to Brigit’s successor.”

In another early 15th century Life of Brigit, translated by Whitley Stokes that is very similar to the record in the Book of Lismore, we read:

“Brigit, and certain virgins with her, went to Bishop Mél, in Telcha Mide, to take the veil. Glad was he there at. For humbleness Brigit staid, so that she might be the last to whom the veil should be given. A fiery pillar arose from her head to the ridgepole of the church. Bishop Mél asked: ‘What virgin is there?’ Answered MacCaille: ‘That is Brigit,’ saith he. ‘Come thou, O holy Brigit,’ saith Bishop Mél, ‘that the veil may be sained on thy head before other virgins.’ It came to pass then, through the grace of the Holy Ghost, that the form of ordaining a bishop was read over Brigit. MacCaille said that ‘The order of a Bishop should not be (conferred) on a woman.’ Dixit Bishop Mél: ‘No power have I in this matter, inasmuch as by God hath been given unto her this honour beyond every woman.’ Hence, it is that the men of Ireland give the honour of Bishop to Brigit’s successor.”

It is wondrous how the Spirit of our living God works in ways we cannot dream or imagine!  It is of great comfort to know that the Spirit can even work through our human foibles as in the reading of the wrong ordination rites to bring forth the good and glorious plans of God.

Bishop Brigid’s remains were first interred at her Kildare Church, but when the Viking raids began they were taken further inland for safety to Downpatrick, Ireland. She was buried with the remains of Bishop Patrick of Ireland and Bishop Columba of Ireland and Iona. Together, these three great Celtic patron saints and Bishops of Ireland are still keeping watch over their flock to this day.

For further reading on St. Brigid and other Celtic and Anglo-Saxon saints, www.saintsbridge.org.

REAWAKENING OUR ORIGINS – THE CALL TO (W)HOLINESS

The most comprehensive source on saint Brigid of Kildare is here-just published1 http://www.cbladey.com/bripub.html