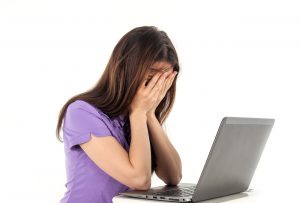 The other day I’d written the draft of a totally different article regarding the theme of Epiphany. It had to do with the gifts of the Magi, and how we could perceive them as being given to “us” today if we looked at them through a different lens. And actually it was turning out okay…until I HAD A REAL EPIPHANY!! The unlikely source of my sudden insight, this sudden revelation “of” myself “to” myself occurred while watching the Golden Globes on television, and listening to Meryl Streep give her profoundly honest and poignant acceptance speech after receiving her Lifetime Achievement Award from the Hollywood Foreign Press.

As she stepped on stage, her remarks began by recognizing the part women have played in helping to change the attitude of the entertainment industry into one of inclusion and acceptance as they took on roles of heft and depth to expose issues that had once been unacceptable for women to express. Many of the “break through” roles were given to women of color, many of whom were in attendance, and to whom she addressed specifically as she looked around the room. From there she went on to point out the various places these women were originally from, and then proceeded to include the male actors as well, noting their roots not only in the United States …but Canada, Europe, Africa, the Middle East and elsewhere. She noted how their experiences of being born in different cultures only prove to enrich our own perspective as we look at common day situations and problems through the eyes of people who are totally different from us, and often culturally respond in ways that seem foreign to us.

From there she recounted her “heartbreak” of seeing a disabled news reporter mocked and derided during a news conference during the pall of last year’s election campaign. It was at this point that she urged the news media to stay resolved to presenting the truth and allowing us all to continue enjoying the privilege of our constitutional right of free speech. She then turned back to her fellow actors and urged them to continue to take on roles and projects that would encourage compassion, which is needed so desperately, especially in the current climate of these times.

At the conclusion of her speech, I told my husband how much I admired her for standing up on that stage and having the courage to speak out her truth not only to her colleagues, but to the millions of people that were watching the program. THAT’S WHEN I HAD MY EPIPHANY!!

Now …this is not a political piece. My point is not to expound on the depth of value I personally found in what Ms. Streep said; even though she was speaking about gender equality, race, acceptance and inclusion of foreigners, and our rights and responsibilities regarding free speech – which are not politic issues …they are quintessentially moral issues! No, the “epiphany” I had was about the lack of courage I display when – unlike Ms. Streep, who got up before God and everyone and made an effort to make constructive comments – I make my comments and share my likes and dislikes on social media, hiding behind the safety of my computer screen where I can be very bold without any direct personal contact! I can say things I wouldn’t ordinarily say person to person, because deep down I hate conflict. I lack the courage to go toe-to-toe with someone who vehemently disagrees with me in person. I like having time to choose my words, time to plan both my defense AND my plan of attack! ATTACK … yes, that’s what this all feels like!!

Case in point: earlier in the day I shared a post on Facebook that, in my opinion, was positive and meaningful. As we headed off to bed after the Golden Globes, I checked my phone and found a “response” to my posting that blasted me for being political, and suggested that I’d better learn to DEAL WITH IT. That the election was OVER and that I needed to GET OVER IT. (btw, this person used these same “all caps.” I think she was shouting at me!). She certainly has her right to express her opinion – just like I do; however, in my heart of hearts, I do not think she would have ever said this to me directly …certainly not in that tone anyway. But her message was received loud and clear! I could feel her hate and disgust oozing from her keyboard. Has anyone ever told you to “get over it” with any real success? Personally, a remark like that makes my claws come out and I dig in even deeper!! Somehow I don’t think this way of resolving an impasse would ever be taught in an “Art of Negotiation” class! We must learn, somehow, to disagree without becoming enemies!

Perhaps the first step is to be more courageous: dare to speak our mind without having an air of superiority that negates the feelings or opinions of others. It seems to me that’s the only way one can get her point across in a manner that just may intrigue the other person enough to look at an issue differently. Always taking a “frontal attack” never accomplishes anything – especially when it comes to our fragile human egos!!

It was at this point I decided to scrap my previous draft and speak to what was more clearly an example of an “epiphany.” There is truly a blessing in the angst of this reality; and I think without the suffering that often accompanies our own complicit role in the problem, we’ll never arrive at the solution.

This post is part of our series of reflections on the season of Epiphany.

FreerangeFriday: Open the Gift of Rest

A Special House Blessing For The Year