Listening to, and Learning from, the Life of Jesus: the woman taken in adultery 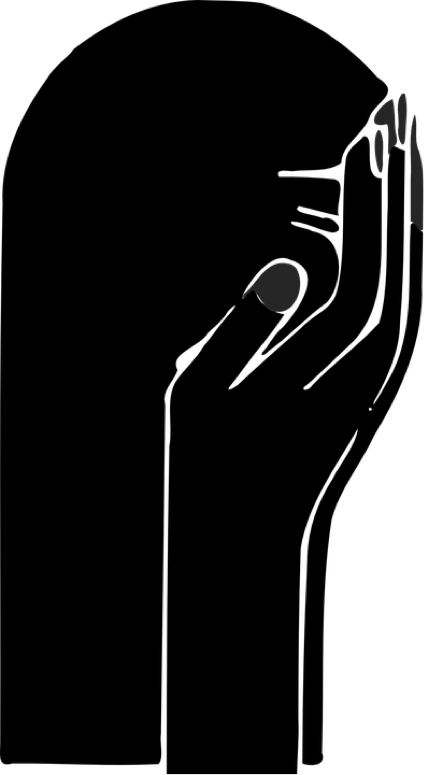 We all have moments like this. Instances which, when we remember them, the creeping heat of shame comes over us: when we wish more than anything that our lives were like computer files which could be deleted – whether a brief, even petty, moment hardly enough to register as a bit or nibble, or in contrast vast Yottabytes of memory. Times which still flash through our consciousness, unbidden and unwelcome, in the waking hours when we feel most alone as the world around us sleeps in apparent tranquillity.

For the woman described in John chapter 8, caught in the act of adultery and brought to Jesus, there is a moment like that which must have seemed to last an eternity. Shockingly interrupted in a moment of deep intimacy (however much it was not theirs to share), she is dragged away, presumably desperately scrambling to pull clothing around her in a futile attempt to cover both her outer nakedness and her inner degradation. Roughly handled by sneering men, past the prying eyes of both strangers and fellow villagers, she is thrown at the feet of the prophet. A man who, she has heard, speaks and does only good. A man whose reputation is even more colourful than hers but profoundly more welcome. She knows she is likely to be stoned, as though this was her act alone. She fears not just the pain of the rocks but the intensifying, were it possible, of her disgrace and humiliation. She may not even be aware that she is actually just a pawn in the attempted set-up by the religious cynics.

Jesus’ bending down and writing in the ground with his finger has birthed much speculation. What did he write? Was it something to help her, and in any case could she have seen it through her tears, her eyes lowered with shame? We don’t know of course, though it is fascinating to imagine. What interests me more though, is that Jesus deliberately chose not to tower over her, emphasising their differences, but to stoop down to her level: a specific example of His entire life stance as he “set aside the privileges of deity and took on the status of a slave, became human….an incredibly humbling process.” (Philippians 2:6 The Message)

With piecing insight, Jesus challenges her sanctimonious indicters. They can stone her – it’s the law – but only if they can declare themselves innocent. Did he list their sins, their moments of private disgrace, in the dust? Or was his astute and unrelenting gaze enough? Whatever the cause, they slink away, leaving her alone with Jesus and awaiting, surely, the pain from the first rock from the only guiltless man, the one entitled to throw it.

He doesn’t, of course. Condemnatory stone-throwing has never been Jesus’ approach. Instead he releases her, offering the possibility of a life she has not yet known. She is tenderly handed a freedom she could never have envisaged in that terrifying moment of capture.

Perhaps this might capture a little of her experience….

I had lost all fight
Before they picked up stones.
More exposed there, clothed
Than ever I had been naked;
Seeing the hatred
In their eyes
I knew they were somehow
Stoning something in themselves.
Easier to call me an adulteress
Than see me
As a woman
Seeking some comfort
The only way she knew
When life had crushed
All dreams and hopes.

And then I saw him.
Such difference in his eyes.
Understanding was there
Though no excuses
Seeing past
All shame and regret
To what I could have been.
And could be still.

This month’s theme is listening to and learning from the life of Jesus. Surely there are lessons for either side of this apparent – but actually non-existent – divide? There lurks within each us the potential Pharisee, legalistically criticising the other and trading compassion for a flimsy, false superiority. Equally, we all conceal our failures and regrets, however deeply hidden and of whatever kind, lest they be seen and our private selves exposed, risking rejection by a world we sometimes perceive as infinitely better than us.

Jesus comes gently to us in our tender vulnerability and welcomes us, whether we are more aware of the sinner or the Pharisee within. Not a stone in his hand and no word of condemnation, he writes words of acceptance with his blood, and still sets us free, with the possibility of a life we could never have imagined before the encounter.

…”What interests me more though, is that Jesus deliberately chose not to tower over her, emphasising their differences, but to stoop down to her level …” Jeannie, this comment you made sticks with me – not like a jagged edge, but a smooth balm of honey. I will hold this image every time I think of Jesus; and I thank you for being the conduit that brought me this thought provoking perspective. Blessings to you.

The imagery of Jesus at the same level as this woman made me think of this post on Paul Neeley’s blog. It is about a different story but one of the images in it is of Jesus bending over again so that he is on the same level as the woman. I think this is a powerful image – Jesus always bends over to come down to the places where we are. http://globalworship.tumblr.com/post/149471572285/standing-up-straight-free-on-the-sabbath-no