Listening to the life of Jesus: Who Am I?

Now when Jesus came into the district of Caesarea Philippi, he asked his disciples, “Who do people say that the Son of Man is?” And they said, “Some say John the Baptist, but others Elijah, and still others Jeremiah or one of the prophets.” He said to them, “But who do you say that I am?” Simon Peter answered, “You are the Messiah, the Son of the living God.” (Matthew 16:13-16)

Jesus’ question really gets to the heart of our theme this month, “Listening to the life of Jesus”. How we answer this question also reveals how we listen to Jesus; it digs into our underlying assumptions about who Jesus is and that, in turn, shapes how we listen to his life and words. 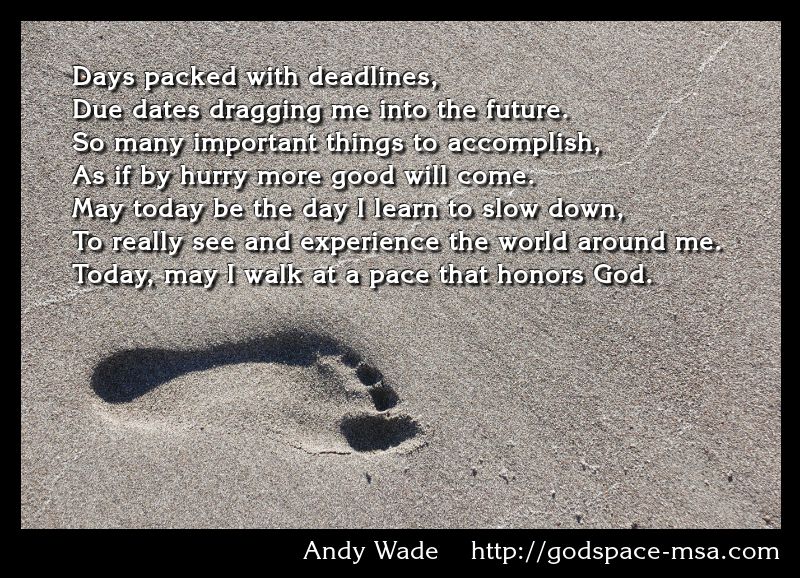 Who do you listen to? Who do you believe? Those may seem like silly questions to be asking, but let me ask another question: Who are you?

Our first answer to that question might be to describe what we do and where we’re from. For example, my name is Andy Wade, I’m the Director of Mustard Seed Associates. I’m a father, husband, I live in Oregon, and I’m also an ordained pastor with the Mennonite Church. But that doesn’t really tell you who I am. Who am I, really?

Resurrection is at the heart of who we are as believers in Jesus. Paul says it most clearly in First Corinthians when he confronts some who say there is no resurrection:

For if the dead are not raised, then Christ has not been raised either. And if Christ has not been raised, your faith is futile; you are still in your sins. Then those also who have fallen asleep in Christ are lost. If only for this life we have hope in Christ, we are to be pitied more than all men. But Christ has indeed been raised from the dead, the first fruits of those who have fallen asleep. For since death came through a man, the resurrection of the dead comes also through a man. For as in Adam all die, so in Christ all will be made alive. (1 Cor. 15:16-22)

In his second letter to the Corinthian Church Paul says it this way:

Our firm decision is to work from this focused center: One died for everyone. That puts everyone in the same boat. Jesus included everyone in his death so that everyone could also be included in his life, a resurrection life, a far better life than people ever lived on their own. Because of this we don’t evaluate people by what they have or how they look. We looked at the Messiah that way once and got it all wrong, as you know. We certainly don’t look at him that way anymore. Now we look inside, and what we see is that anyone united with the Messiah gets a fresh start, is created new. The old life is gone; a new life burgeons!

Look at it! All this comes from the God who settled the relationship between us and him, and then called us to settle our relationships with each other. God put the world square with himself through the Messiah, giving the world a fresh start by offering forgiveness of sins. God has given us the task of telling everyone what he is doing. We’re Christ’s representatives. God uses us to persuade men and women to drop their differences and enter into God’s work of making things right between them. We’re speaking for Christ himself now: Become friends with God; he’s already a friend with you.  (2 Cor 5:14-20 The Message)

Those are powerful words. How do we evaluate or judge others? So often it’s by what they have, how they look, or who they know. Then we go on to measure ourselves in a similar fashion, making insignificant things important and important things insignificant. When we view Christ in this way it’s much easier to also view ourselves this way… and vise versa. But the reality is that, in Christ, everything has changed and we are God’s ambassadors of that change!

But we don’t always live like we really believe it. We struggle with doubts, we confess Jesus as Lord but then believe God could never use someone like me. We believe Jesus is raised from the dead but see ourselves through worldly eyes and never quite receive the transforming power of Jesus’ resurrection for our own lives.

We sense the Holy Spirit urging us to bring the love of Christ into the pain of a friend’s broken relationship but we fear rejection. We know the refugee crisis is huge but feel too insignificant and fearful get personally involved. We donate to the homeless shelter but don’t know the names of those living on our streets and have not taken time to hear their stories. In fear we lock the doors of our hearts. I cannot do it. I’m not good enough, not trained enough, not gifted enough, not strong enough.

Then we hear Jesus asking, “But who do you say that I am?”

In John 20:19 we read:
On the evening of that first day of the week, when the disciples were together, with the doors locked for fear of the Jews, Jesus came and stood among them and said, “Peace be with you!” After he said this, he showed them his hands and side. The disciples were overjoyed when they saw the Lord. Again Jesus said, “Peace be with you! As the Father has sent me, I am sending you.” And with that he breathed on them and said, “Receive the Holy Spirit. If you forgive anyone his sins, they are forgiven; if you do not forgive them, they are not forgiven. 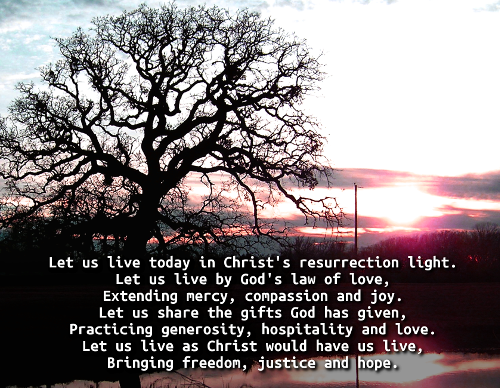 Luke tells us that when Jesus first appeared to them behind those locked doors they thought he was a ghost. Jesus asked them, “Why are you so troubled and why are these doubts arising in your hearts?” Here they were, Jesus’ chosen leaders for his Church, confused, frightened, doubting, and fearful.

Jesus had already died and had already been raised to life again. But they did not yet understand in their minds or their hearts the significance of what had happened. Peter was there, the same Peter who confessed that Jesus was the Messiah, the Son of the Living God. “Who do you say that I am now Peter?” “Who are you now?”

“Who am I? I am a confused follower of this Jesus who died and some say is now alive. I am a disciple of Jesus but I live now in fear behind locked doors. I am a fisherman and I’m not sure what to do. Maybe I will just go back to fishing. I had thought that he was the Messiah but now I don’t even know who I am!”

It is one thing to answer with our minds Jesus’ question, “Who do you say that I am”. It is quite another to answer that question with both our minds and our hearts, a combination that empowers us to action. The confused and fearful disciples soon began to understand.

In Christ they overcame their fears. In the power of the Holy Spirit they went on to build God’s church. If Jesus is the Son of God, God who walked among us, was crucified and raised to life, then I am a new creation!

So who do you say that Jesus is? If you say “The Messiah, the Son of the Living God”, If you say, “My Lord and my Savior”, then who does that make you? You are a child of the Living God. You are redeemed by God for the purposes of His Kingdom. You are an Ambassador of reconciliation. You are chosen, equipped, and sent in the power of the Holy Spirit to proclaim, and live, the ministry of healing and reconciliation to a broken and confused world.

So those things God has been calling you to do – you know what I’m talking about – those things you know Jesus is speaking to your heart to do and to say. Those things you’ve been putting off or ignoring because you don’t think you’re good enough, trained enough, spiritual enough, or courageous enough to do. What will you do now? Who do you say that Jesus is? If he is Lord and Savior, then “All things are possible for those who believe.”

“Who do you say that I am?” How will you answer that question this week? It might just change your life.

Listening to the Life of Jesus… in a Tree

What I Learnt About Jesus and God from Moses My Cat.